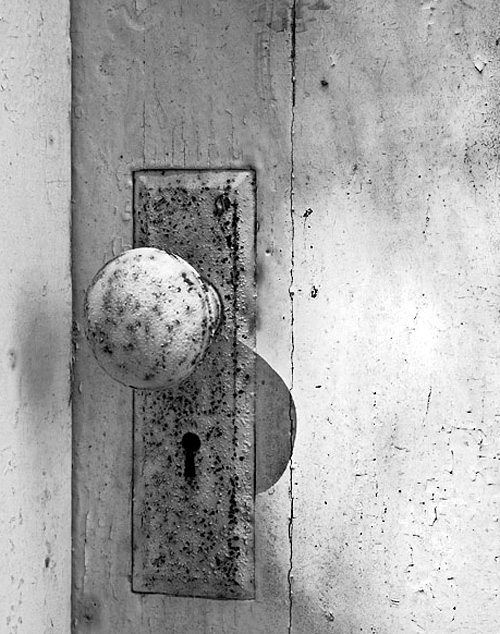 I want a poem to be a little more like the monster in the closet. You know it’s in there just waiting to be let out. And, sometimes you can hear it calling to you, whining and crying to be released into the psychic burn. But, you’ve been warned in no uncertain terms to open that door. You’ve been told that it’s both beautiful and dangerous, homicidal and loving. And, the door is calling you. The door is like the first words of some Outlaw Poem calling you to put it in your mouth, to taste it and let it eat you up bones and all. And, you reach for the door knob.

I want a poem that threatens the reader with psychic damage the way that a 45 auto could take out the eyes. I want a poem to be so dangerous that just the simple reading of it could take you right to the existential brink of whoever or whatever you are or could ever hope to be. I want a book of poetry to be as lethal as a razor to the jugular. This time a nick, the next a slash. I want to see a book of Outlaw Poetry to be so dangerous it might bear this warning: Reading this book could be dangerous to your mental health.

And, I don’t want any philosophy involved in the writing of Outlaw Poetry. No hint of an Andre Breton manifesto, though I will take the blackest wildest most incoherent of rants from Antonin Artaud. I don’t want any rational justifications for the writing of any kind of poetry, let alone Outlaw. No polite excuses. No chickenshit poetics. Just give me the blood dance psychic act of writing an Outlaw Poem all by itself.

And, I don’t want Harold Bloom anywhere near Outlaw Poetry. Or Theodor Adorno or Walter Benjamin. All they’ll do is fuck it up with theories. All theories do is weigh the poem down with so much unintelligible intellectual freight.

In BUTCH CASSIDY AND THE SUNDANCE KID, Robert Redford as the Sundance Kid is getting all set to target shoot a stone when he says, Can I move. Movement is the essence of Outlaw Poetry. Movement like when you are getting ready to blow something up. Movement like when the poem is all movement and you are flying through the space and time of it at the speed of psychic light. All theories are bankrupt. Or, is this just one more theory? If it is, it’s totally Outlaw and anything but bankrupt.

We are living in the first decade of the twenty first century, but in poetry we may as well still be stuck twenty years from the end of the twentieth century. All the same tired old strategies in poetry remain in evidence. All the same old kinds of boring poems continue to be published in the same old boring poetry journals. Where are the powerful revolutions of the word? We’ve had Modernism. It’s dead, though elements of it are still floating in the air like blown scraps of paper. And, Post Modernism? There are still fragments of its shrill artificial laughter echoing somewhere.

But, where is the essential poetry? The poetry that longs to be released from the blood. Those poems and those books you can’t wait to get to the bookstore to buy, you can’t wait to crawl into the quietest corner of some coffee house or bar or restaurant or library nook to read as though you are reading some bloody tracks left in the sand or splattered along the cement or splashed through the grass. Where is the kind of poetry that you would rush across town through a riot zone or a crime scene or a catastrophe to get hold of and then read as though you are reading a ransom note or a declaration of war. Where is the poem you would read the way you read the current best thriller? Where is the poem you would read breakneck and almost breathlessly the way you would read a very great novel?

Personally, I have yet to find a book of poetry quite like that so I have been writing DILLINGER the way Pasternak secretly wrote DOCTOR ZHIVAGO, the way that Dostoevsky nocturnally wrote THE BROTHERS KARAMAZOV, the way that Orhan Pamuk wrote SNOW while being watched by agents of the State, the way that Camus wrote THE STRANGER while still searching for blood in his spit, the way that Melville wrote MOBY DICK inside a circle of harpoons, the way that Faulkner wrote AS I LAY DYING on the lid of a handmade coffin, the way that Cormac McCarthy wrote BLOOD MERIDIAN dreaming of scalps. I do it subversively, I do it clandestinely, I do it in a fury of scabs and festers, I do it in a crowd of death sentences and firing squads, I do it darkly at the center of deathkisses and blood. A powerful book of poetry is kind of like a wound. You want it to heal but some part of you wants it to still be a wound. We also survive by our wounds.