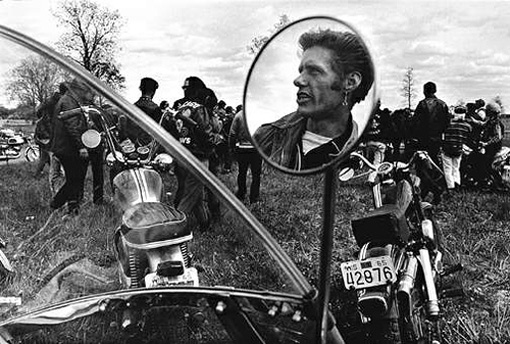 This is an edited excerpt from the text of The Bikeriders, by Danny Lyon. Cal, whose real name was Arthur Dion, was then a member of the Chicago Outlaws  Motorcycle club. He is speaking on tape to Danny Lyon, recorded in Chicago 1966. The Bikeriders, first published in 1968, is a seminal work in photo-journalism and the second book ever published using a taped recorded text. Cal is the chief narrator of the book.

The Bikeriders — In 1968, just before Easy Rider roared its way into American consciousness, Danny Lyon published The Bikeriders. A seminal work of modern photojournalism, this landmark collection of photographs and interviews documents the abandon and risk implied in the name of the gang Lyon belonged to: the Chicago Outlaw Motorcycle Club. With images and interviews that are as raw, alive, and dramatic today as they were three decades ago, this new edition includes startling new images: 15 additional black-and-white photographs and 14 color prints — long thought missing — of works originally published in black-and-white. With a new introduction by the author, The Bikeriders rides again, capturing like never before the dawn of the counterculture era.

Please click on the book cover to enlarge the image.

is a writer and photographer whose photos of prison life, the Southern civil rights movement, and American Indian nations are legendary. He lives in the Hudson Valley. More on Danny Lyon can be found here… and please read an excellent article by Paul Sutton. Just click on the following image to visit his page please. 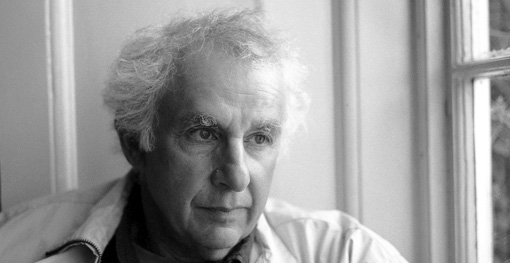