In how many rooms
have I thought about you
in fifteen years?
In how many states?
In how many moods?
Knowing all the while
that you were still the same
and that I was the one
who left and the past
is past and not dead
but living and unretrievable.
Actually, you were
a shit most of the time
but so beautiful.
Sullen and unapproachable.
So was I.
You said I smoked too much.
Fuck you.
I paid the bills
while you went off to see
your old boyfriends.
Sometimes we’d go for coffee
and sit perfectly silent,
you sketching and me writing.
Those moments exist beyond time.

In how many rooms
have I thought about you
in fifteen years?
You were so beautiful. 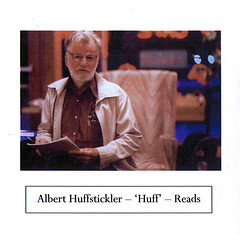 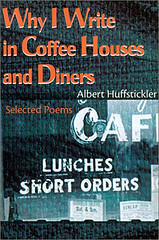 More on Albert Huffstickler can be found here…

listen to Albert Huffstickler | On the Road |from the Vox Audio CD edited by Bruce Holsapple.