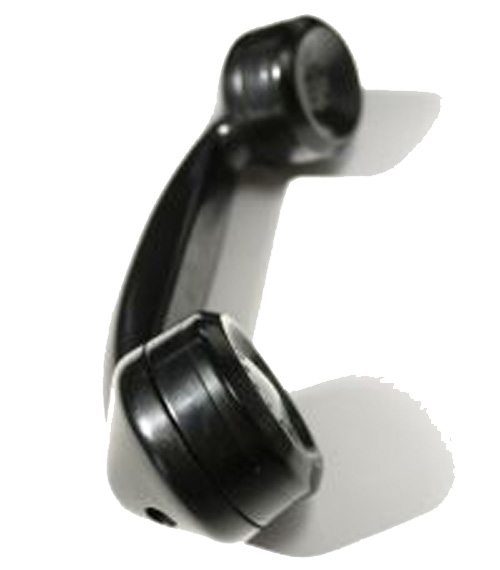 WHENEVER  I GET TIRED

OF SOME OF THE

that passes off as
aaapoetry
i pick up my copy of
aaaabukowski…
whenever i get tired
aaaaaaaaof the lies
aaaaathe cheats
aaathe two faced
aaapeople out there
i pick up my copy of
bukowskiaaaaa and begin
readin…
aaaits times like
these, when i get
so pissed off
at what goes on in
this world that i
wanta shit and puke all
aaaaover everything and
everybody,
and when i wonder if there is
anyone out there
aaaawho feels like me,
aai pick up bukowski
maybe didn’t read like keats
aaor shelley or frost,
and maybe he didn’t make all those
aaliterary college journals
and maybe he didn’t always rhyme his
aaaaaaaaaafuckin poems,
but he sure poured out his guts
his heart and soul
he turned his words around and made
aaaathem sound like the finest
aaamusic you ever heard…
bukowski where the hell are you
aaaaaanow,
when i need you? 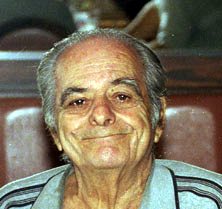 ED GALING
A POET OF THE GREATEST GENERATION

by Doug Holder from Rattle Magazine.

I’ve written more than a few poems for my friend Ed Galing after getting the many letters he has sent me over the years. Ed’s letters are probably as good as his poems. They are alive, spirited, like a scrappy street urchin, that Ed was in his early years. Ed can be needy, infuriating, hilariously funny, but most of all loveable. And that’s the way I characterize his poetry. Like Ed, it shoots from the hip, giving you it straight with no chaser. I find that in contrast, a lot of the poetry I read today has a calculated ironic distance, almost as if the poet is afraid to display some honest sentiment or emotion. Ed Galing, at 89 is a poet who knows his allotted time is too short for posturing, a cool detachment, and obtuse and inaccessible verse. After long years of writing, and submitting his work Galing has joined the ranks of the major small press poets that includes: A.D. Winans, Hugh Fox, Lyn Lifshin, Alan Catlin, Lynne Savitt, and others. Like the poets just mentioned Galing’s poetry, stories, and essays have appeared in the most obscure and the most well-known journals across the country. Whenever I pick up a little magazine like the Chiron Review, Rattle, Lummox Journal, Poesy, Brevities, The Small Press Review, Pegasus and hundreds of others, I am not surprised to find Ed Galing’s name there.

I first encountered Ed Galing’s poetry in a defunct magazine founded by the late Ralph Haselmann Jr. Lucid Moon. Ed Galing was described as the “harmonica-playing poet-laureate of Hatboro, PA” (his hometown). I later found out that Galing’s work was liberally spread out over a wide swath of small press magazines, journals, newspapers, and the whole spectrum of publications. What came through in Ed’s poetry was his no-bullshit; call a spade-a- spade style. He reminded me a lot of my wisecracking, Jewish uncles from boyhood, always busting chops and spinning stories. He is what they would call a mensch. A Yiddish word; it means someone of consequence, someone to emulate. That’s Ed.

In a number of interviews that I conducted with Ed, I became aware of his hardscrabble life, as it was reflected in his poetry. Ed told me that he started to write poetry as a young person during the Depression era. Galing’s family was on general relief, and they lived in very Spartan conditions on the Lower East Side of New York City, and the gone-to seed environs of South Philadelphia.

Galing remembered his high school English teacher Dr. Ginsberg who was supportive of his work and pushed him to read the classics. Galing told me he took to poetry early on. As to why, he related: “Poetry could say something in a few words that prose could only do in the thousands. Poetry allowed me to pour out my heart and soul…” Later Galing mined his early years as fodder for his large body of work. In his most recent collection “Buying a Suit on Essex Street” (Iniquity Press) Galing writes about his boyhood urban retreat–the fires cape on his tenement building over the bustling immigrant filled streets of the Lower East Side.

Mine was on the
fifth floor
A small iron
Cage
Outside the front
window
Looking down on
Essex Street
Lower East Side:
Down below I
could see pushcarts:
Crowded streets,
people pushing and
shoving,
Screams and mutterings:
shouts of despair:
Up here, when I sat
outside the window
in my fire escape
refuge
I was six years old:
and already I knew
what it felt like
To be caged in
like
some wild animal.

Ed remembers vividly the cornucopia of sights and sounds the Lower east Side had to offer: “There were the cries of the merchants and the hundred of people pushing and shoving . There was a flavor to those streets I won’t forget. I think it shaped my life. There were the rooftops, the wash on the lines, the garbage on the streets, and the gang fights.”

Galing also had the bitter taste of in-your-face anti-semitism . He learned from the predominately Christian world that the Jews killed Christ, and that Santa Claus wanted no part of him. All this left an indelible impression on the man.

Galing has written many poems concerning anti-semitism, as he experienced it. As an occupation solider in Europe shortly after World War 2 he was a witness to the death camps at Dachau. Galing told me: “All of these events shaped my sensibility and my poetry. I found anti-semitism everywhere…the Army, the Navy. Galing saw the horrific ovens of the camps, and was enraged at the denial of the atrocities by many Germans he encountered. Galing, through the Lucid Moon Press, published a small book of his war time experiences, complete with photos. In spite of these experiences he did not become misanthropic. Galing told me “This affected me as a man. I wanted to use my words to benefit mankind. I wanted to show that love is important to life.”

To this day Ed Galing visits Jack’s Deli in his old stomping grounds of South Phillie, and entertains the patrons with his harmonica playing. Now that his wife is a resident in a nursing home, he visits her daily, and shares his poetry and music with the other residents as well. Ed makes no concessions to the computer age and still corresponds with fellow poets by hand written letter. He types his poems out on an old typewriter. Ed and I talk on the phone regularly, and he expresses his frustration with the infirmities of old age, his wife’s declining health, the capriciousness of editors, you name it. Yet, overall, Galing keeps a positive attitude, and still has eagle eye out for the next poem. Galing has experienced a lot, but like many of his rapidly diminishing peers he is able to grasp what is important from what is not. Ed has no time to worry about the latest trend, engage in navel gazing, or morbid introspection. What matters to Galing are the people in his life that he touched and who touched him. Ed Reflected: “I have two grandsons, three grandchildren, and I am married to a wonderful woman. What is there to know about Ed Galing? Just a simple man, trying to write poetry, and perhaps trying to hear a good word about my work.”

if my father taught
me anything,
it was how to exist
where existence
was hard to do.
and where every
breath of air
in our lower
east side building
was filled with
the acrid order
of rotten vegetables
that most of us
tenants ate, when
we could afford
to buy the left-
overs, from the
pushcarts on orchard
street
oh, the rabble, oh
the stench
oh, the jostling
and pushing of
so many of us
as we walked along
pavements so crowded
that we had to almost
walk out into the middle
of the street…
my father made life
as endurable as possible,
by wearing the same clothes
all year round, and when they
tore,
his needle and thread would mend them,
he ate little, mostly potatoes,
which gave him that round little
belly, and portly gait,
and he busied himself around
the apartment we had,
my mother in the kitchen,
making food on the coal stove,
learning how to squeeze beets
to make borscht,
and me in my six year old wisdom,
learning how to steal an
occasional apple from the
pushcart outside…
all in a day’s work in
those days.

And just like his old man before him Ed keeps working, at his craft, a craft which has been his life.

was born in Manhattan, N.Y. on July 5, 1955. A small press activist, he founded the Ibbetson Street Press in the winter of 1998 in Somerville, Mass. He has published over 40 books of poetry of local and national poets and over 20 issues of the literary journal Ibbetson Street. Holder is a co-founder of “The Somerville News Writers Festival,” and is the curator of the “Newton Free Library Poetry Series” in Newton, Mass. His interviews with contemporary poets are archived at the Harvard and Buffalo University libraries, as well as Poet’s House in NYC. Holder’s own articles and poetry have appeared in several anthologies including: Inside the Outside: An Anthology of Avant-Garde American Poets (Presa Press) Greatest Hits: twelve years of Compost Magazine (Zephyr Press) and America’s Favorite Poems edited by Robert Pinsky. His work has also appeared in such magazines as: Rattle, Doubletake, Hazmat, The Boston Globe Magazine, Caesura, Sahara, Linden Lane, Poesy, Small Press Review, Artword Quarterly, Manifold (U.K.), The Café Review, the new renaissance and many others. His two most recent poetry collections are: “Of All The Meals I Had Before…” ( Cervena Barva- 2007)) and “No One Dies at the Au Bon Pain” ( sunyoutside-2007). He holds an M.A. in Literature from Harvard University.