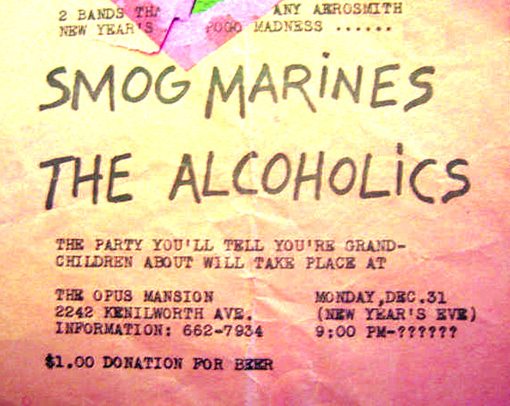 February, I’ll turn 50. And like so many of my generation, I’m stunned that I’m still alive; stunned because there was a time in my early years when I didn’t think I’d see 25. And yet here I am, very much breathing and doing what I’ve always wanted to do: writing, teaching and working with words.

It’s remained that way since I started writing songs in 1979 for The Alcoholics, the Los Angeles punk rock band I co-founded when I was 20 years old. Back then, I’d write two or three songs a night and then take those “drafts” to practice, and we’d shape them for untold hours. We’d then gig all over Southern California with many of the seminal members of the early Los Angeles punk rock community.

And while The Alcoholics never made it big, we remained a part of an important time and place that’s now getting attention from historians and the media. In fact, on the 30th anniversary of the band’s founding, Artifix Records of Southern Califormia (www.artifixrecords.com) will release a full-length retrospective called The Alcoholics: East of Sepulveda, West of the Row.

And what does this have to do with poetry, fiction and nonfiction? In a sense, everything because it set the foundation for a life filled with words.

It’s no coincidence then that the grinding disappointments of The Alcoholics coincided with my looking for a new path, and I found it at El Camino College, a “junior” college in Gardena, much like the one where I’m now employed. Once there, I hoped to find something that would keep me in the word game, but also offer the opportunities to escape the dead end manual labor jobs I had held since the age of 16 years old.

I soon wound up in a journalism class, and since then, I’ve never stopped writing. In fact, I’ve made a living writing, reporting, editing and teaching since I graduated with a journalism degree from California State University, Long Beach, in 1987.

Without question, it’s always remained the same: read widely, deeply and daily and write “something” every day.

In many ways, my journey into poetry and writing also mirrors my travels into another type of music – jazz. One record or musician led to another until I was surrounded by 2,000 jazz records, and my head spun with riffs and solos and sounds and names and colors and history.

The same holds true for poetry and fiction: I stay open for the sound, and I dig in on a daily basis, until I noticed that my home was full of books and writers and poets, and one led to another, and it went on in a continuum of one writer, school, city and country leading to another: The Beats, Black Mountain, New York, Ireland, Paris, San Francisco, Los Angeles, Texas, Mexico, street balladeers, outsiders, insiders and, of course, the Southwest, especially New Mexico where an entire tribe split me wide open: Keith Wilson, Joe Somoza, Robert Creeley, Gene Frumkin, Todd Moore, Jimmy Santiago Baca, V.B. Price, Simon Ortiz, Joy Harjo and Judson Crews, to name just a few.

But the names and words are really endless, and I find myself now constantly writing to editors and writers far and wide, and I know that I’m a small part of this holy family, much like the one J.B and Cirrelda Bryan talk about with their La Alameda Press in Albuquerque. A community, it seems, forged with the beauty and struggle of, and with, words.

Staring down at 50, of course, I still also feel like a beginner, because I send out my work regularly, and it still gets rejected and occasionally accepted, and I know there’s no turning back because I will continue to read and write on a daily basis. That’s all a writer can do: live, write, pay attention and try to be a good person.

To that end, I’d also be nowhere without Lisa McNiel, my wife, who is a fine teacher, writer and actor, and my young children, Megan and Patrick, who force me to forget about myself on a daily basis. My extended family and friends, who stretch far and wide, also help me when I go through those prolonged dark stretches that so many of us eventually travel through.

They help me, as hopefully I help them, and we all keep on trying to survive and thrive one day at a time. For each day is a different note, a new poem, another song, another balladeer or troubadour walking down the street. It’s our job, it’s my job, to stop and listen.

from LAS CRUCES POETS AND WRITERS MAGAZINE with permission given by Lawrence Welsh. 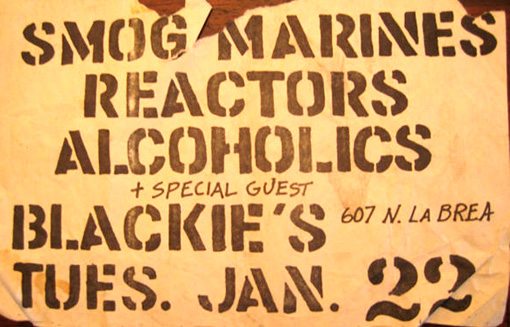 0 Replies to “lawrence welsh | notes from a punk survivor”