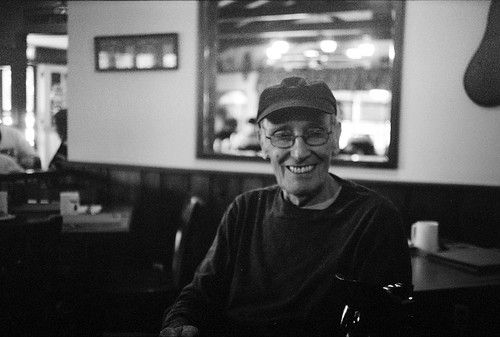 Just what exactly is it about certain people who seem to always be in the nexus of interesting things? You look into the fine print and certain names re-occur. Behind the scenes. Shadow figures.

Hal McKusick is one of those cats. Having come up in those traveling jazz conservatories of the 1940s, the big bands, he was positioned at this intersection.

Modernism in jazz in a lot of ways began with Charlie Parker right after the war. Not only did Charlie and Dizzy come up with a lot of new ways to do things I’ve often thought that in that era they looked to the fine arts world of galleries and museums as a model for their presentations. Not that there’s anything wrong with playing in a cantina but this modernist bebop music was looking to be respected in larger ways.

It’s hard to say exactly when modernism came into jazz because from its very beginnings new rhythmic and harmonic ideas have continuously been introduced. Modernism, quote unquote, as a consciously art music came along with bebop. Dancers were no longer the focal point of what the music wanted to do, wholly.

I am vastly simplifying and capsulizing the history so that I can get to my main story.

Modernism, quote unquote, as a label came a few decades earlier to most of the other arts and jazz was a part of that whole drift as well, but the term modernism really came into vogue with the music that arrived after the war ( WWII ). You know the story: sleek cars, new plastics, space ships, jet airliners, the world was speeding up and so was jazz. In fact, you could make an argument that this new music should have been called speedism instead of bebop. Or fleetism.

Charlie Parker & Dizzy Gillespie’s music was fleet. It left you in the dust. Worlds of music have grown out of the implications left in the wake of Bird and Diz.

Was Billy Eckstine’s 1944 band the first bop big band? At the same time the Boyd Raeburn Orchestra was employing Parker’s ideas along with 20th-century classical elements. The Raeburn band recorded the very first version of “Night in Tunisia” with the composer, Dizzy Gillespie, playing the lead trumpet (it was then called “Interlude,” January 1945).

Either through an extreme case of coincidence or through a common interest and ability to spark ideas into action the saxophonist Hal McKusick is a common thread through Boyd Raeburn (he plays alto on “Interlude”), Claude Thornhill, George Handy, Gil Melle, Gil Evans, Manny Albam, and George Russell. Hal was on other bands but I mention these names because they are all modernists. The Thornhill band was the precursor to Miles’ Birth of the Cool.

There are many players who seemingly operate in the background and underneath the glare of popular scrutiny. And if it wasn’t for the angels of re-issued jazz albums I might never have noticed this connection that is Hal McKusick. For years he was merely a name I’d see on so many great records where his bell-like incisive alto breaks always caught my ear. He is conspicuously present on all of these forward-leaning ensembles. How is it that one person’s horn is common to all?

Maybe Hal could take over the thread from here?

Hal McKusick: Nicely worded and I am honored to have been part of a giant step for music’s forward leap. There are so many others who remain nameless…all those Washington cats on various instruments and wielding a pen in some cases. I was fortunate to have jumped into the action at the right time…although I was not aware how strong this forward motion would be…at the time. We were just enjoying doing what we cared most about and bringing newcomers in, too.

There will always be the unnamed ones, who, for various reasons will never be known. Their impact was there, too.

What a great time to be there, sharing the new sounds and giving credit to what came before.

WHO are the “Washington cats” ?

Earl and Bob Swope (bone), Markey Markowitz (trumpet), Angelo Tompros, Ben Lary (tenors), Charlie Walp (trumpet), Don Lamond (drums)…and the guy who led the Washington band that backed Bird in those terrific concerts, plus Mert Oliver (bass)…more, not in my mind at the moment. They were all Basie-Pres devotees and worked on many bands. Other unsung heros: John Andrews (tenor), Irv Hurwitz (trumpet),Tony Zano (Boston pianist).

WHAT was it about Basie that opened so many doors for so much music, that so many musicians found a voice within that style ? 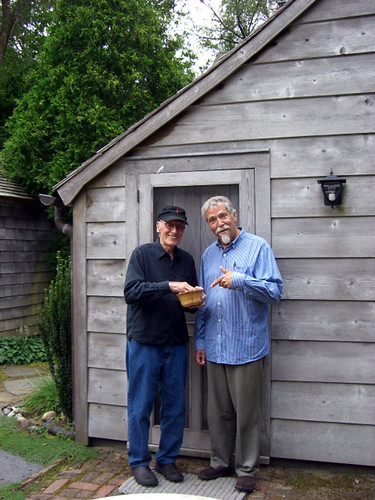 The Basie Band always swung, played in tune, had the greatest spirit, the best soloists, the arrangements were always interesting, and varied, too. One could go on and on. There are people who feel that Ellington’s band was the most interesting , and it certainly was a terrific, innovative source of great listening, and its contribution is considerable. Ellington’s music is enduring and he was one of the finest contributors to jazz and music in genera.

Basie’s band made people dance, and that was the source of the band’s income, like most of the bands of the late 30’s and 40’s.

Basie’s band swung the most in the nicest way, thanks to Papa Jo Jones, Walter Page, Freddie Greene, and Basie, the leader. This was one of the finest rhythm sections of that period. On top of that, each section had outstanding lead players, and soloists like Lester Young to spur the feeling of the band on to greater heights. The band phrased together with a joyful spirit and was sensitive to the moods indicated by the fine orchestrations. Also, Basie had the uncanny ability to choose the right tempos for each tune…and give freedom to his soloists.

This, of course, is a personal observation…but is reflected again and again in the backgrounds and histories of our best players, who were strongly influenced by the feeling of the Basie Band and particularly Lester Young…who showed the way.

Mark…This a rough idea that needs tweaking…just off the top of my head after a busy day. I hope it is helpful.

What brand of saxophone did Pres play?

Pres played a Conn (model?) tenor. Rutgers has the horn and would know the model and year.

WHEN you’re soloing what parts of your brain are conscious? Part of your mind still has the original melody going, but then how much do you let go and see what happens? I asked Kenny Davern a similar question and he said that he was in a sort of trance. He said he didn’t have a clue what was going to happen, and how. But then, when I listen to you guys I can hear the mind shaping notes, that there is a certain attack, and that the phrases are melodic in intent.

Regarding the mental state while improvising: I do not have the melody in mind while playing (although one can make reference to it)…after having stated it. I am more conscious of the harmonic content of the song and the mood to be expressed. I am also being influenced by those with whom I am sharing this special space. There are phrases that come as a surprise and there are times when I can make a statement that seems the obvious way to go…although I try to put a twist on it and challenge myself. A lot depends on how familiar the song is. If it is a new experience, one is more cautious as you learn the progression…I never throw out something by chance. Although I have been involved with so-called abstract playing, I enjoy the challenge of staying within the confines of the great tunes. I have found the songs of the late 30s and 40s,(including Ellington and Strayhorn) and the music of Bird, Monk, Al Cohn, and some others to be the most fun and have the strongest moods. I believe that good improvisation takes place when the soloist is fully aware of his fellow musicians and is fitting his lines into what’s going on. The real trick is not to be repetitive and always find a new way to express yourself.

Pres said it the best…”Just tell your little stories” 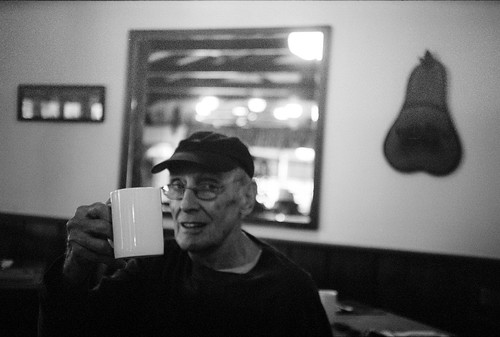 Editors Note: following some videos with Hal McKusick and his music.

“Playing Around the Corners” will offer glimpses into the dynamic life of Hal McKusick as a legendary musician, teacher, woods craftsman, pilot and a jazz griot whose stories embody the atmosphere of 20th century jazz. Hal McKusick is a a world renowned musician who has worked with the big bands of Les Brown, Woody Herman, Boyd Raeburn, Alvino Rey, Buddy Rich, and Claude Thornhill. Hal has also made musical contributions as a studio musician, recording as a leader for Jubilee, Bethlehem, Victor, Coral, New Jazz, Prestige, and Decca. Through Hal’s story, the film casts light on how novel technology resulted in the demise of the big band era. The trailer will be developed into a complete documentary that will premiere at the Chamberlain/Fairweather Scholarship event at the Ross School in East Hampton.