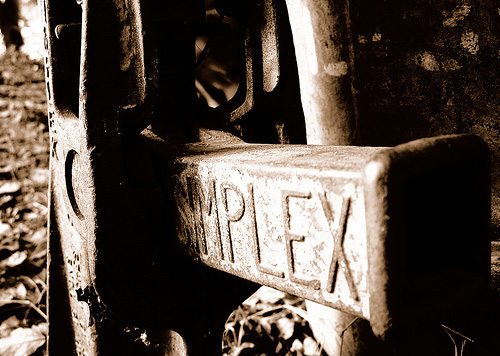 somewhere between the click of a pistol hammer and a Molotov cocktail with a rag fuse burning. I write somewhere between the light from a house fire and the night reflected off a shotgun barrel. I dream somewhere between the illuminated sweat piling off Dillinger’s face and a stuttered machine gun flash in the noon of my darkness. It’s 1947. I’m watching a railroad cop blackjack a drifter. First, he dragged the guy out of a freight car by the collar and threw him across the tracks. Next, he gave the guy a hard kick to the face. The blow had a dull meaty sound that resonated between boxcars parked on the siding. Last, he pulled out a flat blackjack and began to give him quick roundhouse shots to the side of the head. And, this wasn’t a sloppy beating. It was methodical, no missed swings. And, when it was over he dragged the drifter over to the steep embankment and threw him down into the brush. The peculiar thing is that he never called the guy any names during the beating. Also, his face was not contorted. He looked like the gamblers I knew who never showed any emotion.

the cop glanced over to where I was standing. I expected him to come after me, maybe even give me a taste of what he had given the drifter, but he didn’t. Instead, he said, What’s your name kid. His voice didn’t fit what he had just done. It was soft, not high pitched, but almost gentle. He said, kids like you could die in places like this. He was walking toward me and I should’ve run away but somehow my feet were rooted to the cinders where I stood.

he got close he said, you’re Earl’s kid, aincha. Yeah, I said. He gave me a quick smile like he didn’t want it to stay on his face too long. I thought I seen you around here. I won’t tell your old man. See, we go back. The twenties. We used to do a little you know bootlegging on the side. He took a deep breath, glanced over at the bushes where he’d thrown the drifter and said, times change. Then he took a Hershey bar out of his coat, tore off the wrapper, and gave me half. It was a little soft from being in his coat pocket but it still tasted good.

I finished the candy bar, he reached inside his coat and straightened his shoulder holster. What was really funny was his gun looked happy. Then he took a flask out of his pocket and did a hit of what I think was whiskey. He said, you get home you tell your old man Tracy says hello. You got that. Yeah, I replied. As an afterthought, he reached into his pocket and fished out a spent 38 cartridge. He said, take this, it’ll bring you good luck.

used to haul his grandmother around in a wheelbarrow. I don’t think she weighed ninety five pounds, even with her coat on. And, she always wore the coat which had holes where her dress showed through. In the warm weather she would take it off and spread it over her because she didn’t want any demons getting into her clothes. Once, some kid made fun of Billy Ray for taking his grandmother around like that. He called her a scrawny old chicken because her head was bent slightly forward, the skin under her chin was all bunched together, and she used to make strange clucking noises when she laughed. I was never sure if that was done for show or if that was real. Anyway, Billy Ray took great offense to those remarks and stepped around the wheelbarrow. When the kid tried to give Billy Ray a shove, he caught a right left combination to the face that sent him flying into the gutter. After that nobody called Billy Ray or his grandmother any names.

Billy Ray used to do was stand on streetcorners with his grandmother in the wheelbarrow. A different one every day. She would hold a sign that read, I am an old christian woman and have no money. Could you please spare me some change. She had an old beaten up stetson hat sitting upside down in her lap and people would go by feeling sorry for her and before long the hat would begin to fill up with nickles, dimes, quarters, even one dollar bills. After she thought they’d collected enough she’d say, it’s time to go to Larry’s. Larry’s was a diner down on Main Street that had the greasiest fries in town.

grandmother never liked to talk much. She’d say things like, ain’t it a fine day or I think the weather’s gonna turn cold, I can feel the black wind in my bones. Sometimes she’d say, it looks like it’s gonna be dark today. I don’t like it when it gets dark in the daytime. Billy Ray and his grandmother lived on the second floor of the Clifton Hotel. The first time I met her I wondered how she could ever make it up and down those steps, but when I saw her race up the steps two at a time, I realized that there was more to the grandmother than I might ever know. Billy Ray never liked it when she did that. He’d say, it’s gonna be bad for business. All she did was put her finger to her lips to hush him up and it never failed to work.

and his grandmother only stayed at the hotel just that spring and summer. Then they caught a bus out of town. It didn’t surprise me that they didn’t take the wheelbarrow along. It was probably borrowed or stolen anyway. The day before they left, I said to the grandmother, where is your husband. Billy Ray said, don’t tell him nothing. The grandmother gave Billy Ray a look and said, nonsense. Gimme a dollar and I’ll tell you all about it. I took a dollar out of my wallet and the grandmother did a funny little dance, stuffed it down her dress and said, he was a good for nothing. Never did anything that amounted to a lick so I shot him. I tried not to act surprised. Does Billy Ray miss his father, I asked. Heavens, that man wasn’t his father. And, Billy Ray isn’t my grandson. He’s my man. Just a little small for his age is all. But, it works to the good for the business.