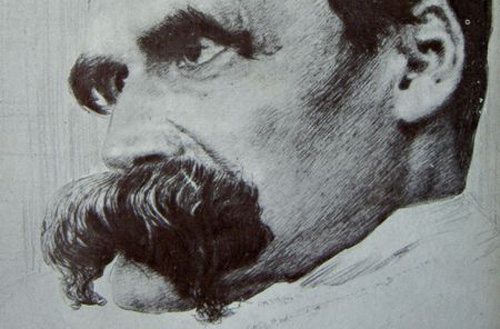 when i think of outlaw i think of a change in consciousness. a new level of consciousness. the first outlaws, to me, were those who initiated a change in thinking, a change in living, a change in viewpoint. turning the world upside down. thinking in a new way. and inevitably, the change began with the individual, the independent individual, seeking out something else. well, seeking out oneself. in the western world, the person who best exemplifies a change in thinking, a new way of seeing and thinking and doing things, is the german philosopher, friedrich nietzsche. his central starting point, always, was with the lone individual, creating oneself, creating one’s own laws, creating one’s own source of power. at first, he saw the universe as comprised of two basic forces: the will to power and the emotion of fear. later, he intuited that the emotion of fear was basically a lack of the will to power, so he saw the universe as comprised of one basic force: the will to power. and the greatest will to power was in the artistic individual, who created oneself and who created works of art. that individual who was his own justification of being, who created oneself, was termed the overman, or superman. and to prove the artistic nature of the superman, nietzsche’s greatest philosophical work was written as poetry: thus spake zarathustra. a third major idea of nietzsche’s was that of eternal recurrence. it is the idea that we live our lives over and over again as the same individual. and only those who can find joy in this idea are the true artists, the true individuals. for only those who have the power to create themselves endlessly can find joy in eternal recurrence. so, with eternal recurrrence, nietzsche ties immortality to the physical earth. he also ties it to affirmation and joy, the love of life.

the individual who brought a change of consciousness to the eastern world was bodhidharma, who brought buddhism from india to china and in so doing gave us the roots of zen buddhism. after arriving in china, it is said that bodhidharma was brought before emperor wu. the emperor, wanting to impress bodhidharma, described all that he had done to promote the practice of buddhism. then he asked bodhidharma if there was any merit in what he had done. “no merit whatsover,” answered bodhidharma. the emperor, rather shocked, then asked bodhidharma, “what then is the truth of the holy teachings?” bodhidharma answered, “in vast emptiness, there is nothing holy.” “who then are you to stand before me?” asked the emperor. “i know not,” answered bodhidharma and walked out. although there are records of bodhidharma’s teachings, he is best known for the stories about him. even more important than what he taught is what he was. huike, who succeeded bodhidharma, stood outside a cave in the snow for a week trying to get an audience with bodhidharma. huike was so determined to get at the secret of bodhidharma that he finally cut off his left arm and presented it to bodhidharma to show his seriousness about wanting to be a pupil. finally admitted, huike asked bodhidharma to pacify his mind. “bring your mind here before me, and i will pacify it,” answered bodhidharma. “but when i seek my mind, i cannot find it,” replied huike. “there, i have pacified your mind,” answered bodhidharma. huike was immediately enlightened. this mode of instruction was adopted by zen teachers after the first patriarch, and became one of the characteristics of zen. following bodhidharma’s lead, zen became a direct method of approach, so that it could be summed up as: 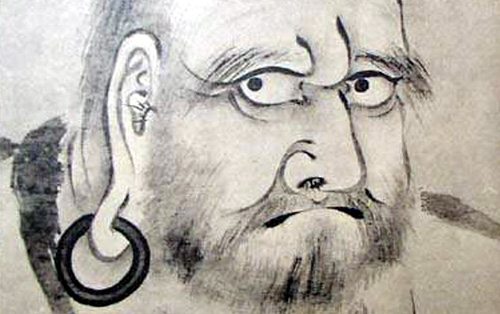 two of the most aggressive thinkers, nietzsche and bodhidharma used the method of directness, cutting through the embellishments of language to get at the existential core. the battleground for their thought was everyday life. one of the most famous statements summing up zen is: when hungry, eat; when tired, sleep. similarly, nietzsche stressed the earth and the body. bodhidharma was after a different state of consciousness that could be attained immediately and spontaneously. and it was an enlightenment that changed you thoroughly and did not change you at all. it was everyday life, but everyday life seen in a different way. for bodhidharma, as well as for nietzsche, the final proof of their teachings was enlightenment. and a by-product of this enlightenment was ecstasy.

when i think of the roots of outlaw, i think of those who created a new level of consciousness through self-expression, through self-creation. those who created their own laws. what is it? outlaw. who is it? outlaw. where does it get its power? from itself. where does he get his power? from himself. there is a consciousness associated with it. what is it called? outlaw. there is an individual associated with it. what is he called? outlaw. what is it? being a law unto yourself. what is he? the one who is a law unto himself. how do you recognize him? he is ecstatic. why is he ecstatic? because he is madly in love with life.

nietzsche’s masterpiece is thus spake zarathustra, and this work begins with zarathustra, the primary character, seeking solitude in a mountain retreat for ten years. while in china, bodhidharma is said to have spent nine years in meditation, facing the rock wall of a cave. solitude, detachment, and the discipline of self-creation are crucial to both. rather than happiness and reason, nietzsche, through zarathustra, praises the man who enters chaos as a condition of creativity. zarathustra says, “one must have chaos in one, to give birth to a dancing star.” the creation of values by individuals is right at the core of nietzsche’s philosophy and also that of outlaw. nietzsche is a primary figure in the important outlaw idea that you are who you create yourself to be, that the outlaw is one who creates one’s own laws. self-creation, self-overcoming, being a law unto yourself are aspects of one of the basic principles of outlaw. however, there is another side to the coin, and bodhidharma is representative of another major idea of outlaw. and that is the reality of unreality, the ghost reality of the outlaw. bodhidharma himself is a phantom.

some buddhist scholars doubt his historical existence. others argue about the authenticity of his recorded words. he is the acknowledged first patriarch of zen and yet he is a ghost. he gave to zen its remarkable dialogue and anecdotes, resulting in the use of the koan, the zen story. but most importantly, he gave the identifying trademark of zen, enlightenment through direct and immediate intuition. that special transmission outside the scriptures is about total spontaneity, total surrender, about being a receptor of spiritual energy through going inside yourself. his dialogues with emperor wu and huike are examples of ghost language. he says what needs to be said by using language as a phantom. his language is so direct it is almost invisible, almost silent. at the same time it is a roar. if nietzsche is a great example of the self-creation of outlaw, bodhidharma is a great example of the intuitive ghost language of the outlaw.

for both bodhidharma and nietzsche, the change in consciousness was tied to creating one’s own life, as opposed to following an external set of rules or laws. for nietzsche, the key was the will to power, reaching another level of self-development, taking the chaos of existence and turning it into art. for bodhidharma, the key was satori, immediate enlightenment, that again was not tied to an external document, such as the scriptures, but through the intuitive powers of searching one’s own nature or self. in both, the crux of the issue was in the creation of new values, one’s own values. in the case of nietzsche, the method was through applying apollonian form to dionysian formlessness. in the case of bodhidharma, the method was through the surrender to intuitive powers, so that you became a receptor, a receiver through which the spiritual energy flows. you became a ghost, speaking ghost language, and intuiting emptiness, nothingness. when bodhidharma responded to emperor wu, he was pointing out that external deeds, however helpful, were not the crux of existence. looking into one’s own nature was the important activity. and for both bodhidharma and nietzsche, the body, the earth, and everyday life were at the core of their thought, their ideas. 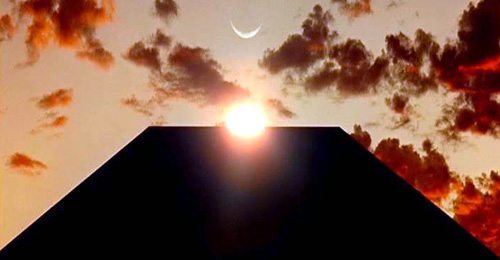 Much more on Tony Moffeit can be found here… and here…