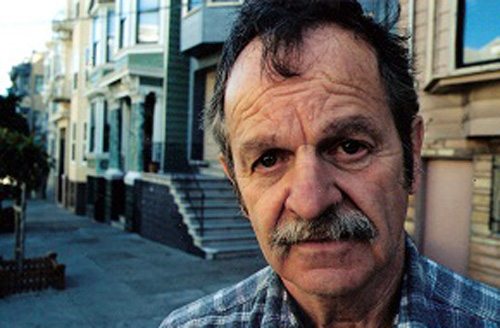 A.D.Winans: That’s like asking me why I breathe. It’s in my blood! Like the late William Wantling said, “I’d carry a lunchbox just like the rest of them, if only these strange voices would leave me alone.” I write because I’m at the mercy of the demons inside me. I’m just a caretaker for their voices.

ADW: I published well known poets alongside relatively unknown poets. S.C. was not a Beat publication, although I published many Beat poets like Kaufman, Micheline, William Everson, Ferlinghetti, Harold Norse, Ruth Weiss, Charles Plymell, and countless others. I began publishing in 1972, during the post-Beat seventies, and Charles Bukowski was a regular contributor to the magazine. I published many of the so called “Meat” poets, and poets of the post-beat era; poets like Wayne Miller, Kell Roberton, George Tsongas, Gene Ruggles, Kaye McDonough, Neeli Cherkovski, and Dan Propper. I also published a few academic poets like Philip Levine and Josephine Miles. The only criteria I had was the poem had to make me feel something inside that made me want to publish it.

Some of the highlights included the special issue on Charles Bukowski, the 1976 California Bi-centennial Poets Anthology, and the 1980 Poets and Music Festival honoring poet Josephine Miles and the legendary blues musician John Lee Hooker. The festival took in three Bay Area counties and lasted for seven days.

In 1987, two years before I ceased publishing, Brown University bought the Second Coming archives along with my own archives.

FCR: Bottle of Smoke Press recently released Drowning like Li Po in a River of Red Wine. This collection spans the years 1970 to 2010. How did the project come about?

ADW: I was the first poet Bill Roberts published. Over the years he has published two additional chapbooks of mine, a booklet, and has included me in broadside projects. In late 2009 he approached me about doing a book of my poems, which would include poems from all fifty-plus books and chapbooks of mine that I have published from 1970 to the present. I agreed and the rest is history. The hardback sold out before the book was officially released, but paperback copies are still available. I deeply appreciate the loving care Bill Roberts put into this book, as he does with every book he publishes.

FCR: Some poets starting out seem enthralled with the history of The Beat Poets. Many shoot across the sky and burn out quickly; do you have any advice for new poets?

ADW: I’m not much on giving out advice. I’d say just be yourself and don’t be afraid of taking chances, and for Christ Sake, quit trying to imitate Bukowski. Ezra Pound offered some good advise when he said, “CHOP. CHOP. CHOP.” Some poets today just don’t know when to stop, just like some oral poets don’t know when to get off the stage.

FCR: What effect has the Internet had on poetry?

ADW: It has made it much easier to get your work published, although I’m not sure that is always a good thing. There seems to be thousands of literary web sites in existence, with a good number publishing their friends. However, there are also many very good ones; web Zines like Pedestal and Big Bridge, where being a friend won’t get you published. I’d prefer print publications use the internet as a compliment to their print magazine, and not have web Zines replace print publications.

FCR: You will soon be seventy-five years old. You continue to create, what is your motivation?

ADW: A driving need to write, nothing more or less. If you expect to make a living out of poetry you’re panning for fool’s gold. If you don’t have a gnawing hunger inside you then you’re better off working a nine-to-five job and stowing away some money in the bank.

FCR: Who was a major influence on you as a writer?

ADW: Early on, I wanted to be a Novelist, and was moved by the writings of Jack London, Hemingway and Steinbeck. And music has always been an influence on me. My political poetry came about from listening to folk singers like Woody Guthrie and early Bob Dylan, and that one moving song on what this country has done to the American Indian, by Buffy Saint Marie. Poetry wise, Jack Micheline, Bob Kaufman, William Wantling, and Bukowski were early influences on me.

FCR: You have been published in over 1,500 magazines. Does it mean anything?

ADW: In retrospect, there are some magazines I wish I had never been published in. I don’t know what if anything it means. I mean if I had only been published in a handful of magazines, I’d still be writing. I don’t write per-see for publication although my publication record might make this seem hard to believe. A good number of my publications came as a result of an editor or publisher writing and asking me to send them work. This is particularly true of published books of mine.

FCR: If you had it to over again, would anything be different?

ADW: I can’t imagine it would be. I sometimes reflect on what it would have been like to have a wife and children, but we all look back on life and wonder, what if? I am satisfied with the direction my life took.

FCR: When it is all said and done, what will A.D. Winans be remembered for?