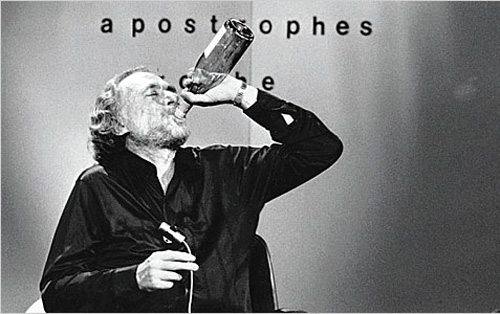 Bukowski turns 90! On the occasion of what would have been his 90th birthday, Skylight Books in collaboration with the Goethe-Institut Los Angeles is throwing a party in celebration of poet, novelist, and celebrated East Hollywood resident Charles Bukowski. Special guests include: Sue Hodson, the manuscript curator of the Bukowski Archive at the Huntington Library, and Bukowski’s friend and poet Gerald Locklin as well as other people from Bukowski’s life to be announced. There will be readings, screenings, giveaways, food, and of course drink.

Mark your calendars now and stay tuned to this page for more details — you won’t want to miss this party!

Charles Bukowski is one of the 20th century’s best-known American writers of poetry and prose, and, many would claim, its most influential and imitated poet. He was born in Andernach, Germany, and raised in Los Angeles, where he lived for fifty years. He published his first story in 1944, when he was twenty-four, and began writing poetry at the age of thirty-five.

During his lifetime, he published more than forty-five books of poetry and prose, including the novels Post Office, Factotum, Women, Ham on Rye, and Hollywood. Among his more recent books are the posthumous editions of Sifting Through the Madness for the Word, the Line, the Way; The Flash of Lightning Behind the Mountain; Slouching Toward Nirvana; and Come on In!

Henry Charles Bukowski, the Poet Laureate of Skid Row, died in San Pedro, California, on March 9, 1994, at the age of seventy-three, shortly after completing his last novel, Pulp.