This is not a poem about romancing war
or a lament for dead soldiers.
I can’t speak for men and woman who die
for absolutely nothing
or fake sheiks and oil-slicked dreams
and secret mercenary hutches
and goofy governors swearing
allegiance to gods that kill.
This is not for smirking presidents
This is not about children in empty rooms
wives with no one to hold, credit card debt
Egyptian women who want to drive cars
Christ blow up dolls, the Indian trinket on your rearview mirror
or crying in your beer because you can’t afford
diapers for your parakeet or your mate.
This is not for poets who swoon possums in the night
and collect MacArthur Grants hooting, “Me myself said.”
This poem is not about Legislators wearing Exxon tampons
tacked to retirement packages.
This poem is not trying to clean the windshield that is you.
This is not a poem about driving cars you can’t afford
This is not about the cell phone
you can’t put down for fear of death or loneliness.
This is not about last year’s grief, or me or
lack of confusion, or kings, or queens
or cross–eyed donkeys that hold hands
with your life these days, or is it?

(This is about Sgt. John Mele, 25, from Bunnell, Florida, killed in Iraq 14 September 2007,who left a wife and six year old daughter) 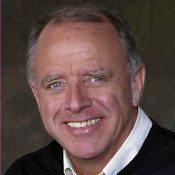 is the author of 8 books, David Plumb’s most recent is, Poetry on Strings 2009 with marionette maker, Pablo Cano. Writing has appeared in The Washington Post, The Miami Herald, Beatitudes 50 Years, 100 Poets Against the War, Salt Press, Instant City, Blue Collar review, Homeless Not Helpless Anthology, Mondo James Dean Anthology-St. Martin’s and Would You Wear My Eyes, Tribute to Bob Kaufman. Blog, Notes from a Wavering Planet. Will Rogers said, “Live in such a way that you would not be ashamed to sell your parrot to the town gossip.” I say, “It depends on the parrot.”