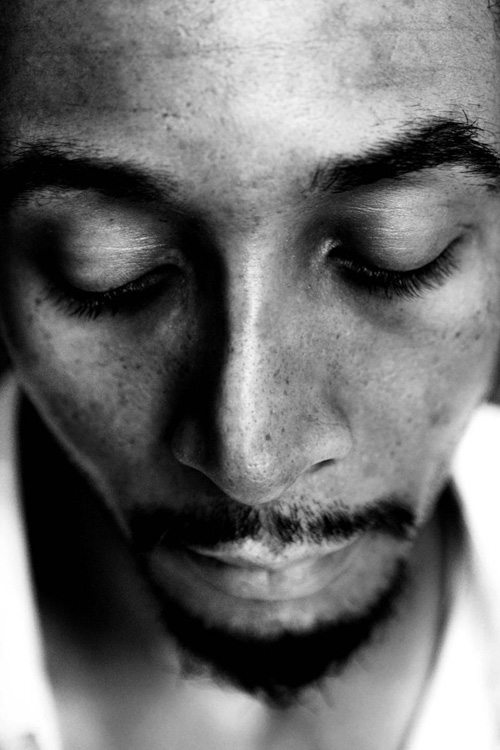 There is a risk
in knowing
trusting
and believing
the eyes in your head
and the voice in your heart.

i wasnt living in a snake pit with no
protein/i lied meat knowing full well
that I would have destroyed the man or
woman who even attempted to leer
sideways at me cross eyed and smirk
some nasty passive aggressive racist
remark/In those days i would have
broken bones and internal bruisings
would have swept through all chairs of
ignorance/Protect my people protect my
name I’d protect your people and
protect your name/But i’d never walk a
dog or pet a cat/id never stop to stoop
and hear the soil breathe/i’d pick a
flower every hour just to see her pussy
sigh/It was hip to care there was no war
just soft eggs going nowhere and id no
problem crushing trees or paying for a
brutaled beast/As long as i hated hate i
could kill a cock or throw a rock and
celebrate in fur shoes/Yes i’d loved but
loved in the mirror is a devil with a
O/There were times i disrupted all sense
of fun and abandon in a diner or three
o’clock high well in the wee hours of
the morning licking that last line of
powder that i’d line my gums numb my
pain and dull my dick convincing
myself the next plane was a snort
away/a nose-pinch away from the wide
opening room magic of miles & Miles’
trumpet or the cosmic carnivorous
appetite of a particular Sigmund or the
real stretch that all Liberals paint onto
their reasons for everything: but it’s not
hurting anyone

The feeling
that crawls
along the wall of your
spleen
underway
inside your mind
the decay
of a possibility.

But who would accept that? Who would
accept if i said i am not who i am on
Monday and that i am who you want me
to be on Tuesday and i am not here at
all on Thursday?
Would your wife accept the pictures she
found? The stained coffee cup or
broken down condom at the foot of the
bed? Would she accept positive test
results from the Great Killer or that the
child with your nose and forehead was
not yours?
Would you accept your friend didnt
know you were in love? Or that the
brown one was your favorite pair or that
it was okay that they didn’t remember
your birthday?
What if you hadn’t gotten paid? Would
you accept Oh i forgot to cut the check?
If your son or daughter stole youd
probably tell them to give it back
because stealing is dishonest and bla-
bla-bla/But that lying meat is proven
right with each and every passing day
their structures stand and balance the
board of the hollow man’s wet-dream/A
scoreboard for the insurance man/A
loose noose so the stock trader can’t
hang himself/Not that he’d want to/No
he’s made the bet against the hands that
tied the mesh together/In fact he owns
the machine/All hail the robotic father
and forsaken son beaten into the sand of
the King Tut exhibition where they’ll
teach you to walk like an Egyptian for a
special price but think like an Angry
Saxon on his way home from the yards
teeth tongue and dripping waiting in the
mouth/Below there are about a million
suckers who’ve reached the end of their
lollipop/Each of them a Joe Stack in
between the sheets of their mind sheets
of the sound sheets of a lonely woolen
brain tired of trying and nervous about
what it all meant/Rattlesnakes don’t
commit suicide, but sheep know when it
is time to raise the b-b-b-baahh… /Not
sure where that leaves us/Do we have
hope? What’s hope – but nope with
more hair/
Hope has been AWOL since 1492 and
returned briefly somewhere in between
the Beatles and Martin Luther King/NY
and Alabama/A porter’s camera and
freshly painted theater that still smelled
like a barn and had a few drops of sweat
left behind by Max Roach or a sari that
had just been ripped and was struggling
to break free of its curry and dog eared
ruffles
O-bomb-a reappraised hope and made
off with a hefty sum/Not sure where it
exactly got him/But i know for a fact
that he sleeps well at night

There’s a bleeding termite inside
each of us
what was once sawdust
is now
the backbone
of an African chief
a winded Viking
an Indian sermon
once gazed upon
before the dollar made its move. 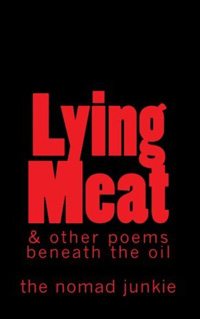 is the Nomad Junkie’s first chapbook. A result of a draconian lifestyle change (carnivore to herbivore!) and written feverishly between the earthquake in Haiti and the Gulf Coast oil spill, it is a slim volume of urgent poems that seek to make sense of our state of affairs and indict a system that fosters social/historical lies and our acceptance of those lies. While akin to the satiric truth telling of the comedian Bill Hicks or novelist Charles Wright (“The Wig”) and bearing a superficial similarity to the majestic litanies of Saul Williams or the righteous indignation of latter-day Beat inspired David Lerner, the Nomad Junkie’s writing is both personal and political, aggressive and passive, knowing and mystified. Blasting the absurdity of our “Hope” era, this hybrid of poem, story, and tirade (“holy rants”) pays homage to the rebelliousness of Revolutionary Poets of the past (Bob Kaufman, LeRoi Jones/Amiri Baraka, John Beecher) while forging a new platform for modern authors who seek to play with words while raising consciousness (including their own) and challenge the savagery of humanity. Free of pretense, MFA-nonsense, or the “coddled cafe Literature,” for the Smug Generation, Lying Meat is for anyone interested in modern art, new off-the-grid writers, anarchism, and traditional NY poet-preachers. Lying Meat is available by clicking here… or just hit the book cover above… 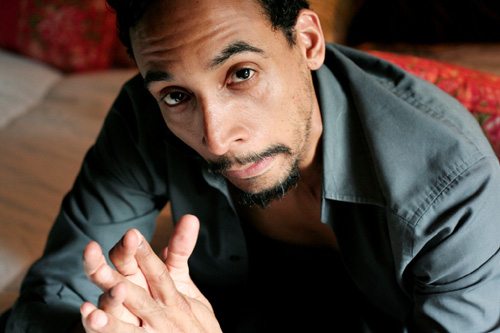 Known as THE NOMAD JUNKIE due to his peripatetic lifestyle and artistic restlessness, DENNIS LEROY KANGALEE is a NYC-based writer from Queens born to West Indian parents. An Outsider Artist from the get go, he has no degree and has won no awards. His stories, plays, essays, and satire reflect his own anger and frustration as he sees the world’s injustice in an everyday observation. An expelled performing artist from Juilliard and maverick of the New York underground, Kangalee has led several lives & is constantly looking for meaning.

Since 1997, he has begged, borrowed, and stolen to support his art. He toured six months doing his own renditions of Beckett monologues & texts by Israel Horovitz and Dick Gregory before finally writing his first screenplay with playwright Ed Bullins. In 1999 he revived James Baldwin’s classic “Blues For Mister Charlie” at the National Black Theater in Harlem. Urged by the Last Poets to continue writing prose during the creation of his 2001 cult-film movie about racism and its consequences, “As an Act of Protest”, (written & directed under his stage name, Dennis Leroy Moore) Kangalee’s writing is both political and personal. Inspired by the Black Arts Movement, punk, and Theater of the Absurd, Kangalee draws inspiration from his own life as opposed to Literary History or knowledge of the classics. Adopting the “Nomad Junkie” as his nom de plume while homeless and later in a self-imposed exile overseas, he writes for the little man caught in the snow and beneath the corporate avalanche, those who draw lines in the sand–the losers, the rebels, the tormented, and the romantic rovers hovering on the margins of the mainstream who dare to try to make sense of ‘Life in Society’ and the doorway of 21st Century-Brave New World-ethos.

Currently, he is developing his first spoken word album, “My Dying City”, an experimental radio drama that presents itself as a cubistic portrait of a spirit crushed under the weight of corporate-friendly gentrification and the Nouveau Capitalism emerging as a result and the YES WE CAN generation’s struggle to fulfill or betray its destiny. Kangalee is married and lives in NYC.