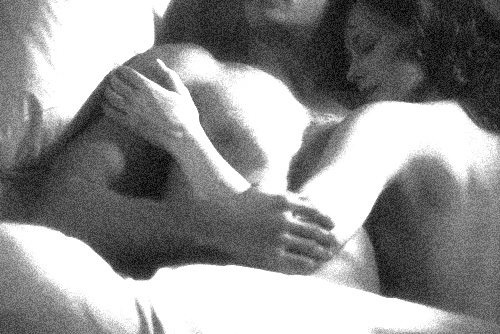 Sara’s afraid Norman’s too big,
afraid he’ll split her in two
if he comes inside.
He presses against her hard
when they kiss, asks her
to hold it–she says no.
She knows what that leads to.

She once went with a man
almost as big as Norman, was cleft
into two Saras when he entered.
Reckless Sara, the one on the left,
one-footed it off to a biker’s bar,
did a one-breasted striptease,
made out with wild bearded Bill Sloan,
before prim Sara tracked her down
and jigsawed them together again.

Sara wonders if Norman
could be resized, an odd sort
of cosmetic surgery, granted,
like paring an apple all the way ’round,
and shrinking that fearsome head.
She knows some women like men big,
but Sara feels root canal size
already. She’s desperate.

She adores Norman, loves his blue eyes,
the way his hands, his mouth
make her giddy. She’s tempted
to be two Saras again, buys
strong rope, handcuffs, duct tape,
just in case, then burrows,
mouselike, into her far larger hole
of wanton indecision.

[from The Nature of Attraction, just released by Main Street Rag in collaboration with Scott Owens.]

She was young, barely 14,
breasts slowly ripening
that cool Balkan day, a day
when her future still was a carpet,
rolled out to greet her.

We’re taking you to your parents,
Serb soldiers said when they grabbed her.
Grabbed her and her friend from the fields
where wheat grew like temples into a holy sky.

Birds rushed away. Clouds soared into dark
peaks. A sudden wind lifted her hair
when the soldiers tore off her hijab.

She still wanted to believe.

Just up those stairs, the soldiers said,
pushing them until they stumbled, then raping
them on the rough wooden floor.

When her friend wouldn’t stop screaming
they did it again with a bottle.
A broken one.

It took her two days to die.

No nice Muslim man will want you now,
the soldiers said.

They cut her for fun,
forced her to strip, to dance
for them nude at night, to do other
things she’d never imagined, cutting
her again if she refused.

She was the only survivor out of twenty
packed into that room.

Sometimes she thinks of before,
of seawater blue skies, birds serenading her.

She thinks of the husband she’ll never have,
and tries to remember her innocence.

Sometimes she pretends she’s a statue,
scars roping her body like blood,
the blood that earlier clotted
around dead legs and arms.

Nights, when the dreams come,
she still dares not scream. 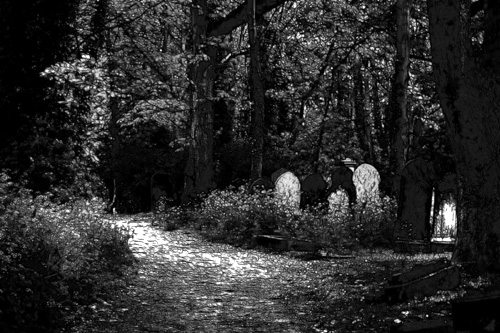 I wander through graveyards
where dead lovers sleep,
slip your photo into my album
of ‘wish I may’ stars.

Light splits the sky
when you fall
and I melt all over you.

Your tongue is soft
when you take me.