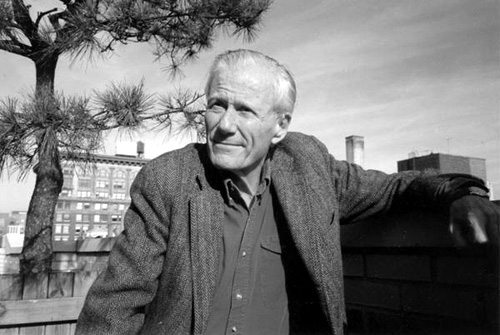 i came to a circle of monolithic stone
and dwelt there, in two rooms,
all the rest of my days on earth.

at times i go to explore
but i always return to the space of my own
silence, the balm of my own thought.

angels visit me.
i walk everywhere.

birth and graveyard hung in balance
as his hands swung across canvas
demanding secrets of his doom.
an antonym of macbeth,
foretold the terminal terrible strokes
were but bravery and death,
franz kline knew before he died, he’d won,
for himself and us,
the miraculous unity of the land he’d found.
and made us feel
it had all been done while buying drinks for everyone
at some impromptu nonsense in the Cedar bar.

having spoken ‘thank you’,
the head, lowered to let calm surround
whatever truth had been submitted
with the single word, is raised
to find an entrance, once ignored, now outlined
matter against shadow, a shy but clear
invitation to visit where few have been.
so it is from a dimension without name
gratitude gives frame to understanding,
becomes a spectral step
taking us to recognition
we are sacrifice ravished into beauty
by the tending of a head from where it has been.
thus do we change that which is within
without utterance and without sin.

More on Robert Mitchell can be found by clicking here… 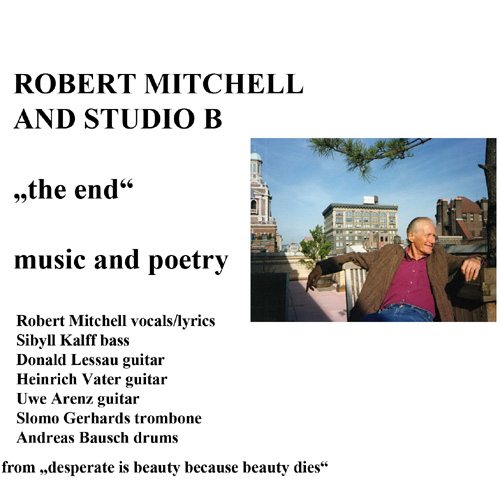 You can download the entire release by clicking here…