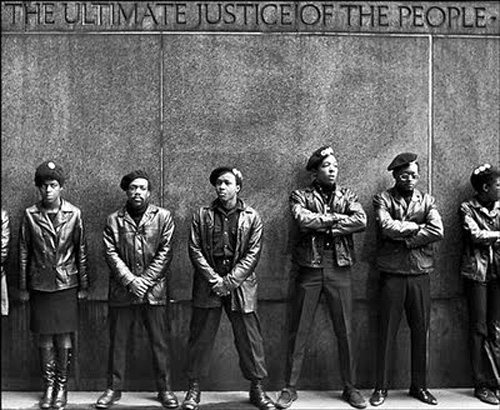 I sit, I watch,
and I grow ever more obsolete
as I bear witness:

I bear witness
to a once vibrant people greedily gulping down society’s hemlock. Even as they claim to be “keeping it real“, they continue to kill, maim, and despise their own in hot pursuit of the prime directive with the passion of a sheetless klan.

I bear witness
to Black fists in the air in false solidarity promoted by self-serving poverty pimps as the world looks on and giggle at crooked fingers pointed elsewhere.

I bear witness
to the superficial attempt to ban the “N-word” while the new “un-niggas” stand around watching children killing children and fathers drugging sons, as they celebrate, lionize, and enrich those who denigrate the very womb of their culture with impunity.

I bear witness
to a generation of lost knowledge, cut off from its roots by Ronnie’s “Just say no” generation of crack, greed, death, and political corruption; A generation where the new N-word is pronounced “Responsibility” and the keepers of the flame completely ignore the destructive power of bitch, slut, whore, and tramp.

I bear witness
to the reckless disregard of the words uneducated, irresponsible, and classless. Should we not ban these words as well, or should we ban banning words altogether as we celebrate their meaning?

Yes, I do bear witness.
I bear witness to a new world –
a world where gross ignorance comes disguised as enlightenment, and funky sneakers look down with disdain upon the sweet smell of Florsheim; a world where saggin’ pants and gaudy glitter enable country bumpkins to masquerade as elegant, and the exquisite surrender of eloquence is the very essence of what it means to be hip.

I now bear witness
to a world where motherhood stands alone, to be “dope” renders a smile, and posterity is forced to embrace the wind for paternal sustenance; A world where the walking dead strut about rapping the wisdom of idiocy, and we praise the illiteracy of vulgar nursery rhymes as profound; a world where the mother of salvation’s final gasp is compared to the pigmentation of brown paper bags.

Malcolm, Martin, where are you?
I once stood with a crowd. Now seemingly alone, I’m forced to bear witness –
horrific witness . . .
to the imminent demise of our people,

And my heart bleeds.

is a writer, poet, and musician, born in Los Angeles. He’s a columnist for The Los Angeles Sentinel, The Black Star News, Staff writer for Veterans Today, and a contributing writer to Your Black World, the Huffington Post, ePluribus Media, and several other online sites and publications. He’s also the author of “A Message From the Hood.”

The Hater. Am I a hater, you ask. Yes, I’m a hater. I hate injustice. I hate hypocrisy. I hate demagoguery and the stupidity that allows it to exist. Hater? Absolutely. I’m a big time hater. I hate what I see happening to this country, and I hate watching the development of a culture that embraces ignorance with a stupid sense of pride. So yes, I am indeed a hater, but not only that – I’m a hater with a very low threshold for bullshit.

Much more on Eric L. Wattree can be found on his web page by clicking here…