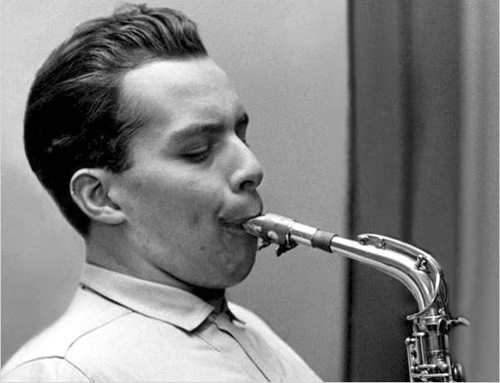 JACKIE McLEAN: A STORY THAT NEEDS TO BE TOLD

On March 31, 2006 the great Jackie McLean quietly slipped into the annals of American history. Born on May 17, 1932, Jackie was destined to become one of the greatest innovators on the alto saxophone, and in jazz, that the world has ever known. He was a direct musical descendant of the illustrious Charles “Yardbird” Parker, Bebopper in chief. In fact, Bird was there to witness his young protégé’s first recording date with yet another jazz giant, Miles Dewey Davis.

Jackie, at the tender age of 19, was quite nervous during that session, but Bird took the time to give him the same advice that he’d given Miles in his youth, “Just calm down and do what you do.” Well, just like Miles before him, Jackie did calm down, and a new era in jazz had begun.

History will someday look back upon all these men with at least as much reverence as we now look upon Beethoven, Mozart and the like. But while these men stand as towering monuments to the creative genius within our culture, the death of Jackie McLean passed without so much as a whimper within the Black community. There was no urgency in the Black community to hand down the legacy of this great musician to our now culturally deprived younger generation. But fortunately, jazz is also a part of American culture, so ironically, it was primarily the White community that both recognized and noted the significance of Jackie’s death. So allow me take a moment to swallow my pride and say . . . Thank God for the White man!

Failure to acknowledge the best in ourselves is a serious problem within the Black community, and I attribute it directly to our failure to assess the impact of integration on Black culture. During the civil rights movement we became so caught up with trying to fit into the larger society that we lost ourselves in the process. And while we were busy running away from our identity, White scholars were furiously setting up Ph.D. Programs at universities all over the world studying every facet of the very cultural geniuses that we began to ignore. We’ve become so intent on chasing the frivolous, that we’re oblivious to everything of real value within our culture.

There’s an old saying that rings particularly true in our current condition–“Be careful what you wish for, because you just might get it.” Well, We’ve got it. There was a time when we had our values in tact, solid communities, and knew who we were as a people, but we had one glaring weakness–we yearned to live large like White folks. True, we didn’t have much, but what we did have was rich in culture.

Now many of us have achieved that dream of living large, but at what cost—our values have been destroyed, we have no sense of community, and we’re getting over by imitating the world’s imitation of who we use to be. At the same time, White kids are sitting in universities around the world learning more about the music of Miles Davis, John Coltrane, Jackie McLean, and Black culture in general, than most Black people will ever know.

Now, this is not an indictment against the White man, after all, it’s not his fault that we don’t have the insight to recognize and pass down our cultural legacy–in fact, we owe him a debt of gratitude, because it now falls on him to preserve for posterity that which is best in us. We’re fortunate he’s there, but it’s a damn shame that we have to rely on someone else to do what we should be doing for ourselves.

Yes, many of us now have more and are living better than we’ve ever lived before. But again, at what price? Ask yourself, where are the Charlie Parkers, and Miles Davis’, and Marvin Gays of today? Where is the next Aretha, or Al Green? The fact is, they no longer exist, because we no longer exist—at least, as we once were.

We’ve lost that urge to say, I’m going to study these scales, chords, and progressions, and demonstrate to the world that I can be one of the greatest musicians who ever lived. Now, instead of seeking excellence, we settle for the dollar, and scratchin’ a turntable, saying “yo, yo, yo.” We no longer have the time to learn, because “we’ve got to keep it real”—which is to say, ignorant. And we no longer seek to express the essence of who we are as a people, because we no longer know who we are as a people. As a result, we no longer have heroes, or a story to tell.

But here’s a story about when we did have heroes, and how the excellence of one such hero managed to capture the imagination of an impressionable Black child:

When Jackie McLean first appeared on the scene he swung it like nobody else; He stood all alone, with that bittersweet tone, owing nobody, only himself. With his furious attack he could take you back to the beauty of Yardbird’s song, But that solemn moan made it all his own, as burning passion flowed Lush from his horn. Hearing “Love and Hate” made Jazz my fate, joyous anguish dripped blue from his song. He both smiled and cried and dug deep-down inside, until the innocence of my childhood was gone.

He took me to a place that had no face, I was so young when I heard his sweet call, but he parted the fog and in no time at all, a child of bebop sprung fully enthralled. As I heard this new sound, and embraced the profound, childish eyes now saw as a man; I stood totally perplexed, but I couldn’t step back, from the hunger of my mind to expand. I saw Charlie and Lester, and a smiling young Dexter, as I peered into Jackie’s sweet horn; it was a place that I knew, though I’d never been to, but a place that I now call my home. 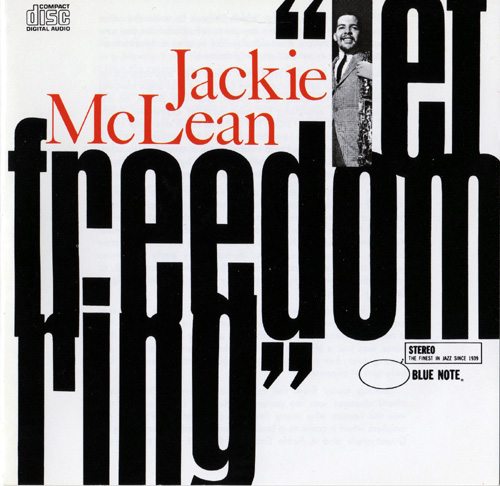