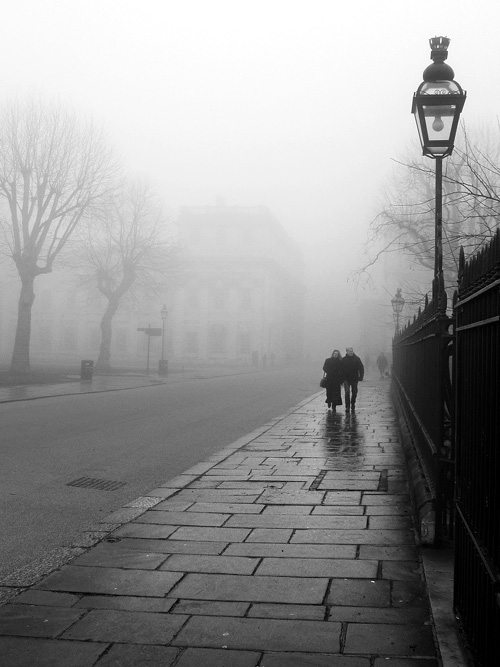 I was staring at the ceiling,
and then I saw the sky.
I hope that someday we’ll see eye-to-eye.
Because there is a love in you
that turned the black sky pale blue.
Heaven cracked open and I froze.
I had to lie on the floor,
completely motionless,
not daring to breathe.
I was like this when happier climates finally found me.

I was gazing at my shoes
when I saw solid ground.
I stood on my two feet
and jumped up and down.
I began to move
to see what this world had brought about.
It looked and smelt and tasted and felt
just like the Earth that was.
But the color was different,
Technicolor visions.
The palette was the same,
but the hues weren’t washed as before.
They were brilliant.
The reds and the yellows
and other colors I’d never noticed
stood louder and bolder.
The people there were another story.
They were relentless,
incredible,
indefatigable,
indefinable,
endlessly lovable.

I looked the Queen in the eye
and I swear I saw a light come on.
My eyes, like butterflies,
she caught them and they opened wide.
I fell over myself trying to describe it.
She had new textures and sounds.
Things I’d never seen before.
Non-Euclidean beauty,
motherboard of mercy.
She’s always real.
I’ll be ready to put on my long, white robe
when I come for her still-singing limbs.

I was staring at the wall
when I saw an open road.
Should I take it?
It goes on and on and on and on.
Wonder if it’s anywhere worthwhile.
I’m sure it’s more than a dirt road.
So many people finish last.
I should be happy there’s a game to play.

I was staring at the sky
when I saw the cloud tethered.
To this day, all I can say is,
“Speak of rain and fine weather.” 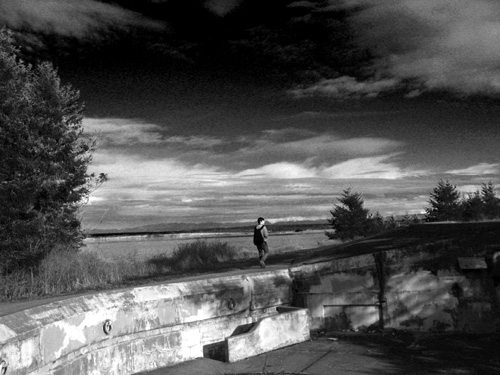 My name is bchock.
I am always sick.
I know why.
I have a superpower:
I can sense when someone, somewhere
is going to die
from the pressurized terror of life.
It eats at me like a parasite.
The trouble is,
I can never arrive fast enough to save them.
In fact,
I can never arrive at all.
My reputation precedes me.
I’m known for acidity.
And so the dregs of humanity that populate the royal capital,
their throngs are thick before me.
There’s no end to their dwellings.
So try as I might to run through the capital
and to bypass the gardens,
there are always more obstacles in my way,
for I’d still have to breach the outer chambers of the palace.
Even if I made it to the main staircase,
(and that could never happen)
I’d be no closer,
for I’d still have to make my way through the courtyards,
and then through another set of chambers.
And even then I’d be no closer,
for I would need to pass through the inner palace,
and another set of chambers,
and so on for thousands of years.
If only the way were clear,
how fast I’d fly.
Soon they’d surely hear my glorious rapping upon their door.
But that could never, ever happen.
They’d die waiting for me,
looking hopelessly out into the street waiting for someone to visit and to listen.
There is no one who could force his way through to the center of the sun,
least of all with a message for a dead man.
Because how can you rush if you’re already sped up?
How can you stand it if you’re already stood up? 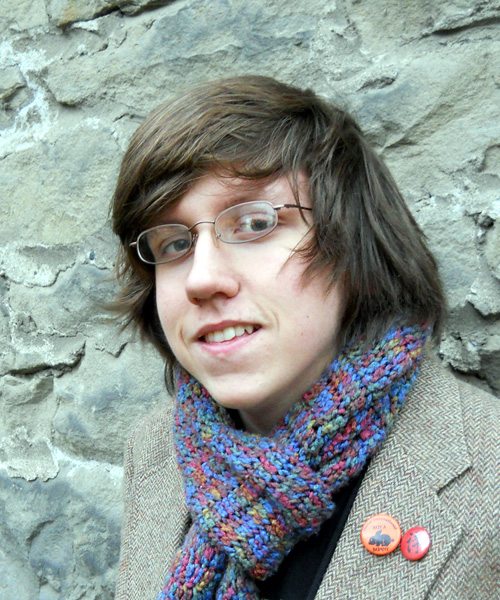 about the wax man:

My name’s Ben Iuro, although I often operate as “bchock”.

I try to be honest with myself in my writing, although that’s always harder than I’d hope. I’d say that everything I write could be broken down into “I want” poems and “I need” poems. People tell me that I write cryptic, lyrical poems. I’ll let you draw your own line on that.