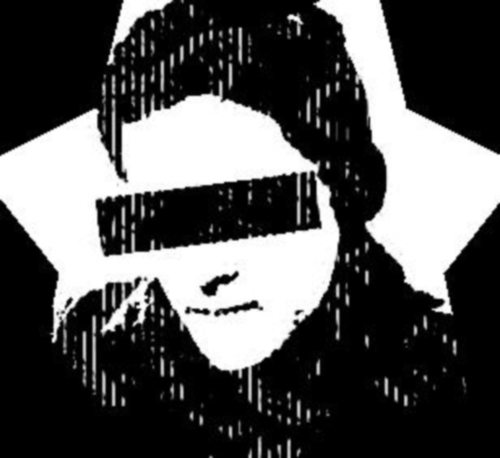 Message from a Unknown Celebrity*

…and so I ask you: who taught the Native Americans to be kinder and gentler and more compassionate in the slaying of their animals?  They weren’t instructed on how to kill for food — it was something they developed and taught each other, something that obviously erupted out of the need and their society of the times.  They cherished the animal as much as they cherished their own lives, for they were one and the same.  They killed for survival and gave thanks to the blood spilled.

They said I was crazy at 10 when I couldn’t hit the ball,
when I preferred jazz to Slayer or strove to be a commodore as opposed to a New Edition
or studied Beatles over Bon Jovi.  I was out of step then, always uncertain, mystified by the storm around me.

I discovered Malcolm X when most were still diddling He-Man.

When I found out the truth about the General Lee, I discarded my Dukes of Hazard toys and wrote my parents a long letter simply asking over and over again: why?

and “how could you?” and “you know I have enough problems.”

When my asthma took hold, acne later followed, and a procession of love affairs with needles and funny fumes and drips and liquids and later clouds to snort.

The vials and vile came much later.

They have pills for those that will destroy your stomach and keep whatever soul you have left intact in rusty barbed wire.

I announced my triumphs as well as my failures at first, content with the journey.  I was grateful for a letter from an audience member or conscious cat who “got it.”  I shunned critics until they praised me.
And then–like an odd toss of the coin that keeps the eagle in a constant twirl–I began to make money and bought a home, land, and a few keys to the dreams of the girl at my side, the girl who, despite my proclivities, kept me alive
kept me breathing
kept me seeing
seething
with
joy
under all the pain.

So now we live well and don’t worry about the cats and fly our parents from the dead wombs in their heads to outer lost lands, places they never knew existed for people like them…although they always acted as if they knew they’d get there somehow.  They enjoyed the grandness, the treatments, the access…

We enjoyed it too at first — the ability to finally breathe, at least for a moment.

Then the next hit or movie, a song, a book…

And we traveled.  And I lost my mind not because of debauchery or drugs or despair (no, I had those in my lean days) — I lost my mind when the numbers took hold of my life.

The numbers, always the damn freaking numbers.
X million this, triple point zero that, times twelve, comma comma comma
The money was good, I learned to respect him –
but the numbers
I couldn’t understand.

I needed pills.  They didn’t have pills for this.

We sold songs to advertising men with sick (not sleek) suits and their tight-panted prematurely balding younger brothers and their sweaty matted companions
and we made videos with over-age girls in underwear and boots riding trains coughing as they straddled strap hangars and took their poles to hell with them.

And we watched, or I watched.  And I nodded and said “yes,” because this is what I finally couldn’t wait to achieve.  And the numbers took hold and the music went dour and sour and stank and finally I got tired of myself and said to my wife “you must save me,” and she said “Sorry, you can only save yourself.”

And I banished her from the kingdom and could not understand.

Awards and more numbers poured in but I was not doing anything.  But I laughed and knew it would come to an end, I would not be found out (we never are) but I would be wiser this time and leave it all behind.
The wife came back (she claims she left me) and so did the tears of joy — because they were real.  After doing so many videos and shoots and pre-taped interviews you lose track of your soul — especially if it was a tenuous one to begin with.

The numbers will always reveal your true personality.

So the band fell apart on equal dead legs, almost as merciful as the killing of a lame horse.

And when our book was published, I glowed with pride and more joy and when we were asked about our numbers and families and why we didn’t have children, we said “the world is full of our children,” and so we housed orphans and babies abandoned and adopted eight children who needed love, who needed parents…children from around the corner where we recorded our last album.

And they asked why?

And I said Children need a home.

And when our families said What about your seed, your genes, your legacy?

We smirked and mumbled something green and said we’re not Schopenhauer’s children.

I said right here – along with the eyes and ears of my adopted children.

But they are AMERICAN they cried.  They are not worthy.  They are Capitalist creations!

I said: And so are we all.  And I called them fascists and hung up on them.

And later THEY said:  why did you not fly to see the children starving in ruins?

And I said because there are children starving in ruins in my backyard.

And I lost some sponsors, some media, some support.  And the numbers began to dwindle.

And the more I fought against the brutality in my temple, the horrors of my world, the more I tried to sweep up the dust of our filth from my floor — the harder it became to be a human being.  I began to crave the simplicity of being 10 again and not caring about LL Cool J’s new record as I listened to Bird and Bach and the Beatles on my Fisher Price turntable.

And the end came abruptly when I read that a rapist had used my song “Living Life Madly” as he tortured his victims.  I was even more upset when I realized the song had been playing on the jukebox at a bar I used to frequent when the assault took place.  And I vomited when I realized the victim was the girl I sat next to in the 4th grade, the Korean girl with pigtails ‘Sam’ who let me copy her math tests and always smiled at me.
It may be true you can never go back home.
But the end for me was not that the house of my youth came crashing down but that my own words have come to commit something of a betrayal, innocence had been hi-jacked by my song; notes and melody warped and inverted into something ominous and hollow.
Reading the articles, receiving mixed messages from critics and fans and assorted deranged lunatics from the Internet made me realize — a final realization —

what you put out into the world
no longer belongs to you. 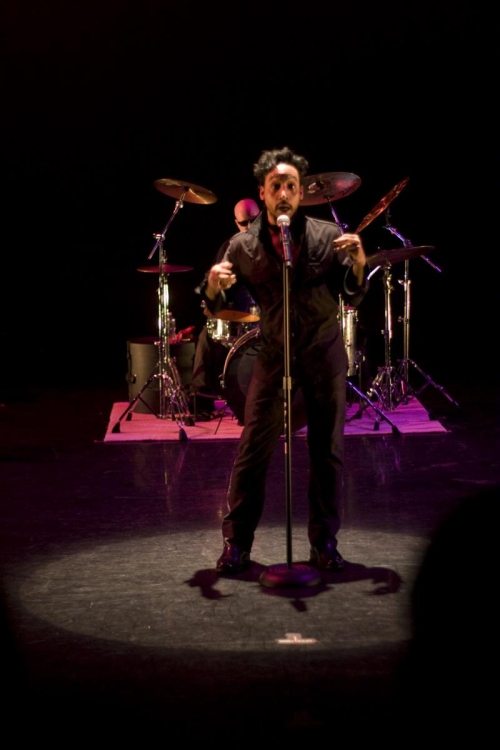 the artist known as the “Nomad Junkie,” loves New York. But he hates gentrification more. Which is why he finally decided to speak up or shut up and perform his own words, and do what it is he does best: try to irritate the oyster…in hope of creating a pearl. Gentrified Minds is his latest holy rant and took nearly five years to develop.

Best known for his avant-garde underground film about racism As an Act of Protest, and his poetry chapbook “Lying Meat”–he began working on “the NY Horror” series (assorted sketches depicting the suburbanization of New York City and the erosion of its spirit) in 2006.

Inspired by the solo plays of Eric Bogosian, the Theater of Cruelty, the aesthetics of Punk, the revolutionary essays of Franz Fanon, & the truth-telling of late comedian Bill Hicks Kangalee felt the desire to return to the stage with something original and daring. ﻿

His writing pulls no punches and is political in a personal and poetic way, in a way that respects the fervent stride of protest artists & satirists of the past by pulling their ferocity into the present. ﻿