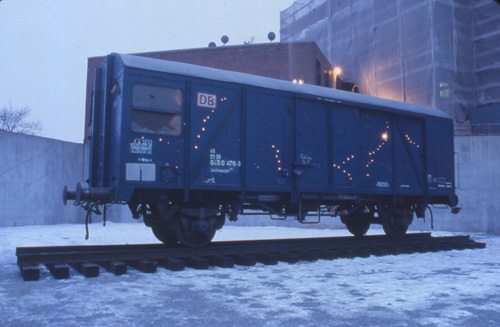 Once Upon A Time

I went to Auschwitz to see
what I would find;
I went by train, naturally,
and was reminded of a display
at P.S. 1 that Yoko Ono put up
of a boxcar on tracks
with a soundtrack inside of people’s
moans and cries repeated as the sun shined.

We huddled in the Polish cold
under that famous metal sign that said
Work Makes One Free
that had been stolen recently
and then recovered and re-soldered on.
The courtyard was bare of 1.3 million women and children and men
who had perished there: mostly Jews, Poles,
Gypsies, Sinti, Jehovah Witnesses and Soviet POWs.
There the towers stood where guards had stood
With rifles and the great swiveling lights that lit the grounds
Like a soccer field for killing that counted as a point.

In one of the room are thousands of shoes and eyeglasses,
suitcases of those chosen to go: I’m sure they missed their things
when they exchanged them for uniforms; that I know.
And there’s hair in one case- 98 feet long- of those who were killed
or died from starvation, disease, or overwork.
The gas chamber looks so ordinary, like a stripped brick room,
where anything could be done, a pottery-shop, for instance,
or a barbershop would do.

Hundreds of thousands were told to take showers
and out came cyanide from pellets through punctured holes.
And the crematorium ovens, cold and cleaned, looked like they once
cooks things in, instead of incinerating people.
Now the grounds are covered with the ashes of the dead,
so you can’t be too careful because they’re wherever you step.