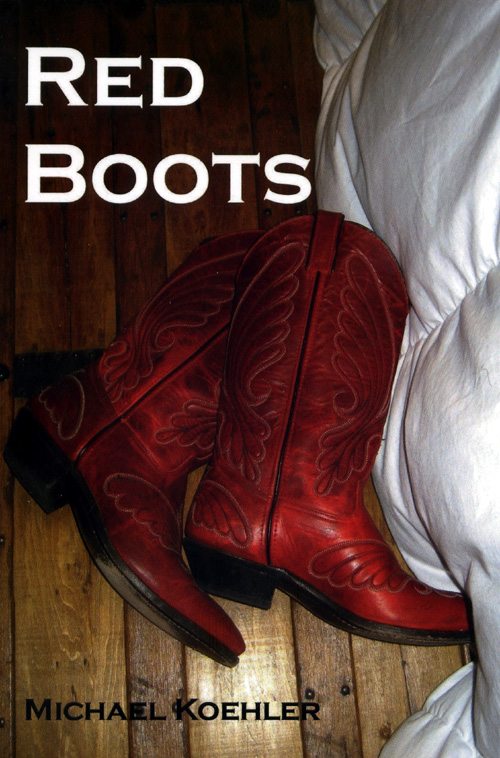 Sincere gratitude is extended to the editors of the following publications in which some of these poems have previously appeared in print: Between the Sheets (Perma Press), Notes From Skinner’s Elbow (Wolfsong Publications), “The Texas Observer”, “The Valley Scene” and “The Door Voice”, and on-line at Norbert Blei’s “Poetry Dispatch”.

Red Boots, by Michael Koehler, is the recipient of the Little Eagle Press R.M. Arvinson Manuscript of the Year Award for 2008.

Red Boots © 2009 by Michael Koehler. All rights reserved. ISBN: 978-0-9823419-4-0 Editor / Publisher: Ralph Murre. All art work and photography, both within the book and on covers, is by Ralph Murre, except author’s and artist’s photos, which are credited where they appear.

To my friend, Ellen Kort,
who stood as midwife
to most of these poems.
To Willy and Deacon Dan,
Theresa, Laura, Jeff, and Scott.

. . . that’s how I am, drunk, sad by nature,
a mad and lunar guitarist, a poet,
and an ordinary man lost in dreams,
searching constantly for God among the mists.

TO SEE HER READ

I love her lips.
The way they wrap themselves around words
fluent, like water over pebbles.
The improbable red that they are:
Beaujolais wine, ripe apples or fresh blood.

I don’t seek to capture them with my lips,
or have them own any part of my body.
I want to have them form poems.

I want to see her say the words finger.
Cinnamon. Book.

I want to live in that pause
when she purses her lips
to welcome the next poem.

I want to kneel before
the oracle of her tongue,
be the guardian of lips
I never touch. 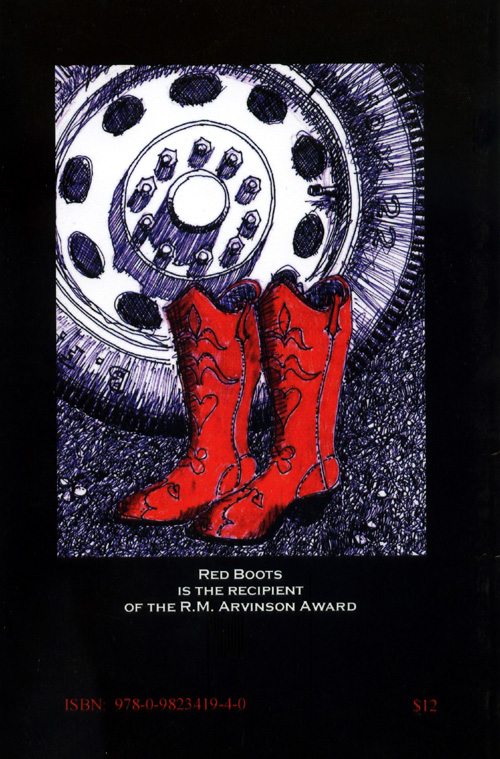