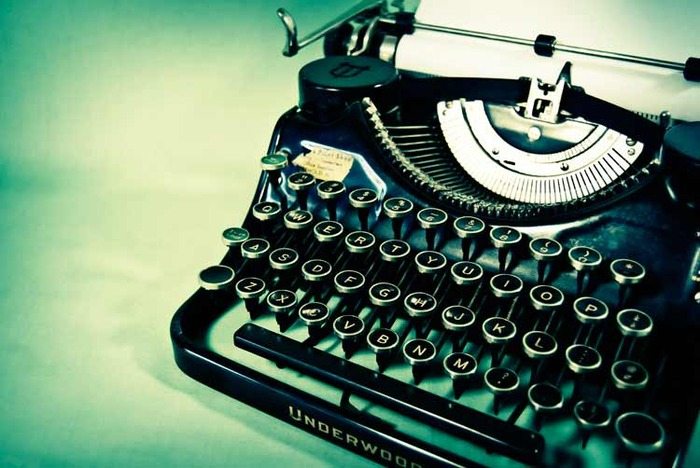 The sweltering summer night the Underwood typewriter flew out the window, I had got up from the kitchen table to go to the bathroom, returned, and found her standing, ever so briefly, jaws clenched, dressed in her night robe, tired and pregnant, with the machine wrapped in her arms, staggering toward the half-open window with it. Two steps. The machine ripped out the screen on its descent to the driveway below. A sudden explosion of a type I’d never heard, and have since not encountered, like a canvas Brinks sack filled with fan blades, quarters, and wet cement on impact, from a great height, with a concrete expanse, punctuated. The little bell at the end of the carriage rang once, belatedly, an indecipherable afterthought. 1 went to the window, looked out in the darkness: a vague, distended mass of what could have been anything. The sheet of typing paper semaphored up from the carriage.

It’s unfair of me to begin with that incident, as justified in the act, and beautiful in the resolution, as I can now see it was. She saved the lives of stricken stray dogs, at least several times, by rushing out to the street, cradling them in her arms until help could be located. The clothing she wore on these occasions afterwards came out fresh and clean in the wash and was used again and again until frayed to a consideration of decency. She had a way of nudging me toward the Salvation Army donation kettles and hitting them on the way back, on the return from wherever we’d been. A cross or violent outburst was always, and I mean always, followed up with expressions of reconciliation; sometimes hours later I’d hear the words “I’m sorry,” and the words always caught me off guard, surprised me, in light of the fact that I had it coming. In the last year of our life together, and I do say together although I was often off in a place of my own, her voice lost to a stroke, she materialized behind me, wrapped her arms around my shoulders, and somehow croaked, managed, “I love you.” 1 think she taught me, or 1 learned from my association with her, the importance of saying good night.

[from BIG HAMMER No. 15 (which is available by clicking here…]