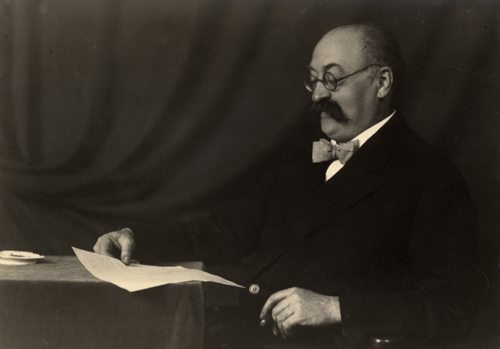 This extract forms part of a lengthy passage from Goethe (1749-1832) that Schenker quotes at the beginning of Der freie Satz, situating his project firmly within the tradition of German Idealism. Idealism is partly a reaction to the positivism of the Enlightenment – the belief that everything can be discovered by experiment. For an Idealist, the nature of the world is revealed, not through the scientific study of objects, but through thought. The cornerstone of German Idealism can be found in the philosophy of Kant (1724-1804), for whom the world of objects (things-in-themselves) is unknowable; it is our conceptual apparatus that orders the world as we know it and therefore any true knowledge of reality can come only through reason. [source]

After reading Schenker’s
“Der Freie Satz
about counterpoint
and tonality
I extended my arm
beyond measure
to play an awkward sax
recognizing creativity
roundly revives
all infernal theory
recalling basic harmony,
knowing I belonged
out there fiddling
on only unvacated space,
over scales, notes and vision
while playing in front
of flats and clubs
my unbalanced tongue
or blowing off a waxing reed
nor having my bow arm
fingerprinted by cops
or bureaucrats
in mid century,
for I’m a cat
refusing any party card
for scat,
with no one’s marble eye
seeing or hearing
any voice from a past time
leaning on my own psyche
for improvisation #9,
beyond the helmeted
of going off to war
or blushing from snatches
from love-sick letters
of one’s betters
nor flushed of romanticism
or pricked by egotism
in the frenzy of politicians
or newspaper scribes
stirring only themselves up,
nor provoked by clinicians
of every stripe and tribe,
I’m unharnessed to no one
playing a frontal solo
without taking
any ruling class bribe.