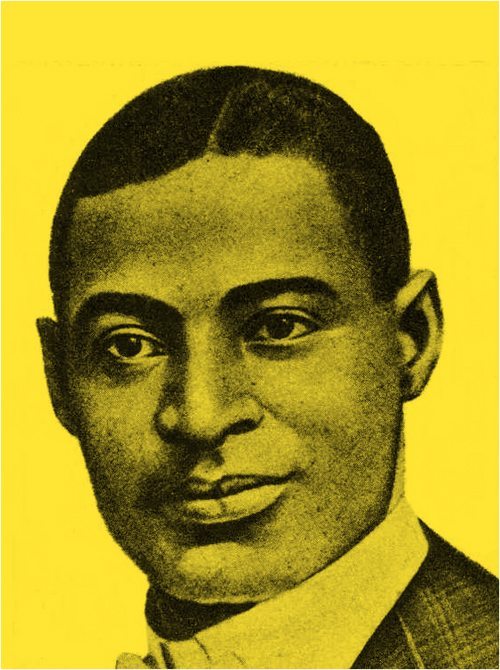 Buddy Bolden: The insane life of the founder-father of jazz

The roots of American jazz twist, turn, and spiral all the way back to the turn of the century… not this century, but the last century.

In the 20th century’s first decade down in New Orleans, the story is told that one could frequently hear a cornet (which is similar to a trumpet) squawking loudly from the park bandstands and through dance hall windows. With no formal training, Charles “Buddy” Bolden created a unique improvising style with his horn. Essentially, he paved the way for jazz by arranging rural blues, spirituals and ragtime music for brass instruments. The legend has it that as he heard traditional songs, he would reshuffle them with his own improvisations, creating a powerful new sound.

Buddy Bolden kick-started his career by performing in the Papa Jack Laines Reliance Brass Band. Papa Jack Laines is often credited as the “Patriarch of Jazz.” Bolden formed a number of his own bands in the mid-1890s, seeking a perfect amalgam of sound. Toward the end of the century he found it. The Buddy Bolden Band consisted of cornet, guitar, trombone, bass, two clarinets and drums. His band played downtown New Orleans in crowded clubs located in the unsavory and infamous red-light area of Storyville.

From 1900 to 1906, the Buddy Bolden Band was the top draw in New Orleans. Not unlike rap singers today, Charles “Buddy” Bolden upgraded his status and identity first calling himself “Kid” and later… “King” Bolden. During this time, he ravenously pursued two interests: alcohol and women.

With fame, responsibility, new bands competing against him, and the struggle to keep his music fresh, innovative and alive, Bolden hit the wall in 1906. Depression, hopelessness, and the dark allure of alcohol brought on bouts of severe headaches and paranoia (an erratic fear of his cornet probably didn’t help his music). He became so “brainsick” that the doctors confined him to bed.

In 1907, Bolden held his last public performance with the Eagle Band at the New Orleans Labor Day parade. During the parade, he apparently started screaming at ladies near him and frothed at the mouth. His condition worsened and he was sent to the lunatic asylum. In and out of the asylum, his hallucinations and violence worsened until he was permanently placed in the State Insane Asylum in Jackson, Lousiana on June 5, 1907. The asylum remained his home for more than 25 years, before he passed away in a state of utter dejection and insanity. His body was buried in Holte Cemetery, a pauper’s graveyard located in New Orleans.

Unfortunately, there are no surviving recordings of Buddy Bolden playing. From those who knew his music, he was said to have played a “loud blue tone and improvised much of his music.” Considered by many as the founder-father of jazz, Bolden has carried the moniker of the first “king” of New Orleans jazz and was the inspiration for such later jazz greats as King Oliver, Kid Ory, and Louis Armstrong.

0 Replies to “jeffrey winke | buddy bolden: the insane life of the founder-father of jazz”