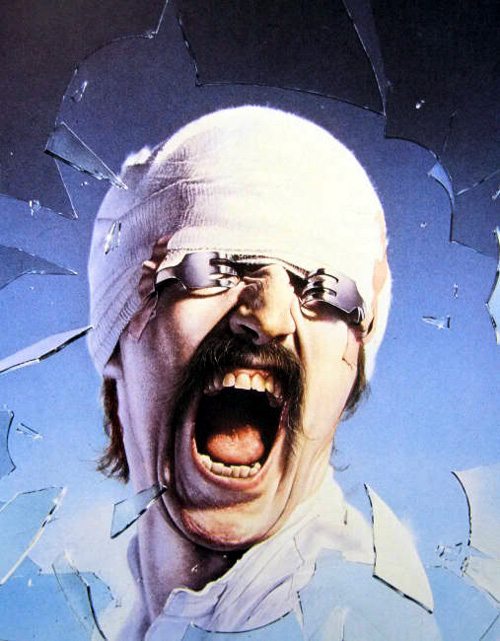 He’s killing himself and saving himself at the same time. He works thru pain and generates pain. He abuses his body terribly for years and then pulls out of it and launches into extreme physical exercise. Now and then he does the impossible–when he couldn’t stand up without passing out with pain, they told him he’d be paralyzed down his left side in six months if he didn’t let them fuse a bunch of vertebrae in his neck; he went home and had a spontaneous healing.

But his core pain is mental, and it’s been there 24-7 for as far back as he can remember. He first realized this at the age of 46, writhing on the floor of the shack the life he’d led had brought him to. He was kicking booze, which he’d been pouring into himself in great quantities for twenty-five years. The booze blocked the pain at first, and then it didn’t. After that he drank for oblivion, which also blocked the pain. Then it stopped working altogether.

So there he is, writhing on the floor of a shack on the edge of a cow pasture, repeating seven words from a little prayer some people who were trying to help him had given him: “Free me of the bondage of self,” he said over and over thru gritted teeth, his voice like gravel. And then, without warning, he was out of his body looking down on his body as if it was not his, and in that instant the pain vanished, and he was in a place he had never experienced before. He was at peace.

That’s when he realized that the pain had always been there, but it was so chronic he took it for normal. Except for the times it spiked deep into the red, which always startled him; it’s an almost impossible place to come back from, but so far he always has.

This is just how things are. He either eats the pain and transforms it, or he abdicates unconditionally, which he does seldom, even tho surrender always brings peace.

There’s a piece of him that doesn’t register in either the world of pain or the world of surrender, and time and again he launches into the darkness in search of it.