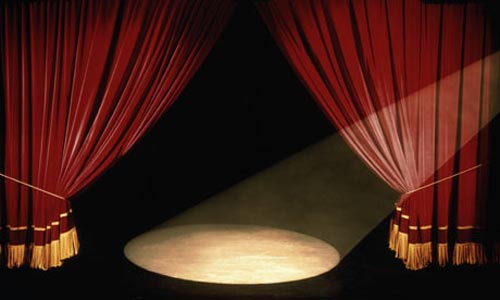 I do my best to fit in. I sing along with the glee club, hammer nails with the carpenters, stir the cauldron for the trouble makers and ladle out equal shares of comeuppance. I punch in at one job and punch out at another, join the union, walk the picket line, bake the bread. Some say I’m in over my head, others question my motives.

Women find me attractive in a strange way but cry out “No! Never!” and hide their children behind their skirts when I approach. This brings out the wardens in white helmets. They read from a scroll the age-old edict and then blow their whistles. The children peek out from behind their mothers’ skirts, the sun rolls behind a cloud like an orange, and the wind begins to howl. It rains torrents and they all run for shelter.

Sometimes I feel like the leading man in the third act of a Shakespearean play. The curtain goes up, the curtain comes down. Is it opening night or closing night? And where are the stage hands?

When will the weather even out so we can make our amends? Why won’t the earth break its orbit and give us something to talk about?

Anyone without enough courage to take on the universe is not a man of God.