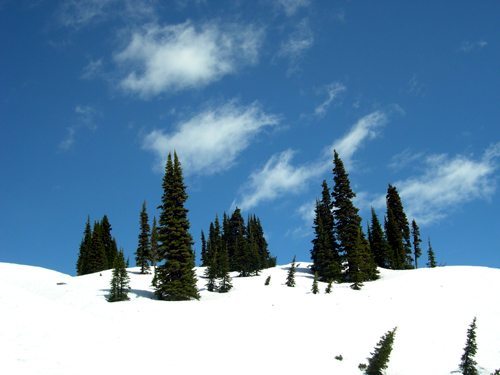 Proof of an Afterlife

When someone
close to
me dies
& I
drive up
on this
hill &
look out
over the
sweep of
valley
ringed with
hills &
ridges &
the
snow-capped
Cascades
in the
distance,
their spirit
fills
all that
space right
up to
the sky.