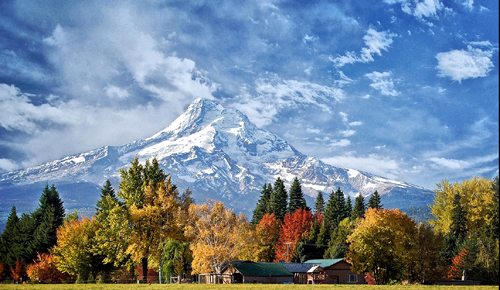 My life is composed of six components that keep me wrapped tight and sane. I’m not going to tell you what they are, you’ll probably laugh and say, “Is that all?” And then you’ll start to resent me.

This is a generic you I’m talking to, but my saying that probably makes you (the particular you) even more resentful, as if you (italics optional) weren’t smart enough to figure that out on your own. We both know that the “you” I’m talking to is the other fellow, the generic other fellow, which includes all you fine generic ladies. My God, no wonder I live alone.

Living alone is one of the six components that keeps me sane, but that’s all I’m going to say on the matter. Do you live alone? If not, then none of this applies to you.

A lot of things can be hidden behind feigned indifference, but not resentment; that’s like trying to hide Mt. Hood behind a mud hut. All six of my components are geared to taming resentment, and there’s nothing people resent more than someone struggling to be free of resentment. So I often hide my indifference behind feigned resentment, which is much easier than the other way around. Size is everything.

I’m stalling for time while I try to think of what the other five components are.

Shall we play a game? The first person who emails me an accurate list of my other five components gets a copy of any book I’ve written that’s still in print–free!, postage included. (Click the link here… to access these books.)

Hell, make it two books, make it three! If you’re really seething with resentment you can plunge the dagger in deep by asking to get off this email list by typing OFF LIST in the Subject box of the email that you send with your guesses about the other five components. I’ll then be sending books that cost a pretty penny to mail to someone who is utterly indifferent to them. If enough people do this, it may silence me forever.

I know, this is a little like being dragged thru a slaughter house where the skinned carcasses of gutted cattle go swinging by on large steel hooks on their way to getting shrink wrapped for display under a soft blanket of Muzak in your favorite grocery store. Some would say it’s literary suicide. But hey, this far down the line, what’s to lose?

“You may as well have your say, they’re going to shit on you anyway,” Henry Miller once wrote, and when I first read those words, many years ago, young and full of wrath and resentment, I felt like he was talking directly to me, not to some generic lump.

So there we have it. My body of work spreads like a fungus between the toes of a world rooted in resentment and doom.