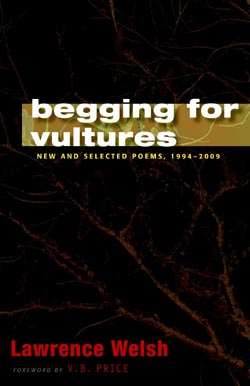 ALBUQUERQUE—UNM Press author Lawrence Welsh, who won three literary awards for his latest collection of poetry, Begging for Vultures: New and Selected Poems,1994–2009, has earned a fourth as a finalist for the 2013 PEN Southwest Book Awards.

“I’m just thrilled,” Welsh said. “The PEN organization is recognized internationally for honoring poetry, fiction and the written word, so I’m grateful the judges found worth in my work.”

Begging for Vultures won the 2012 New Mexico-Arizona Book Award and was named a “Notable Book” by Southwest Books of the Year. In July, Welsh became a finalist for the 2013 Writers’ League of Texas Book Award.

Welsh’s poetry crosses many borders, from South Central Los Angeles, where he was raised, to El Paso, where he has lived for almost twenty years. A first generation Irish American and award-winning journalist, Welsh has published eight books of poetry. Welsh is an associate professor of English at El Paso Community College. Welsh’s poetry, fiction, reviews, essays, as well as journalistic writings, have appeared in more than 200 national and regional magazines, journals, newspapers and anthologies.

Begging for Vultures is available at bookstores or directly from the University of New Mexico Press. To order, please call 800.249.7737 or visit www.unmpress.com. For more information, contact Lauren Consuelo Tussing, UNM Press Publicity, at laurenconsuelo@unm.edu or visit unmpress.com. 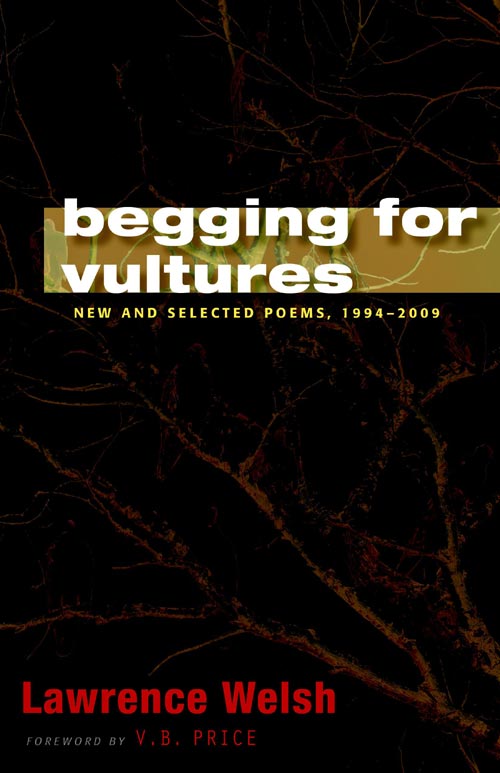