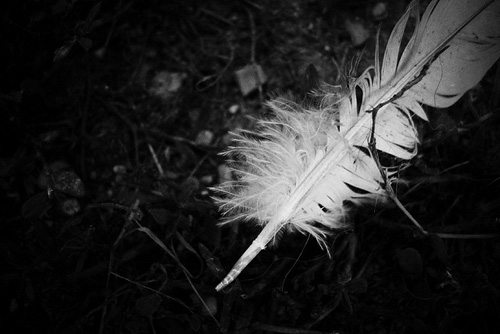 Let em think my wings is broke
Let em think my fire is smoke
They sell poison out on the street in little bottles
of Latin and Greek
And beggars’ eyes twirl the blade,
I just want to float in your Easter parade.
With your gun at my head, and your laugh in my bed
Drunk on virtue Dylan Thomas said.

I’m too hungry I can’t think straight
I woke up fast, I woke up too late
My eyes were like flying saucers, my tongue like a cat
had your name on it. The heat has a thousand paws
of flame. I weep to God, God whispers your name.
I put on lipstick and I tie my shoes,
where you took punches I map the bruise.
Nothing’s a science in this world of news.

These Diamonds are my Very

These diamonds are my very teeth,
Healing drying blood

who wakens unfinished,
dreamed of, unsired?

Without ache to devour
for a crux of rain enough.

Her pansy face widens at sun,
my crushing.

Empty the cage broken by river,
Africa the coast of my womb
is flight.

A hot detour enough
to cook Hansel and Gretel

Cut days these shadows.
Against his wall her hair
is empty
as broken sight:
it will house your wings.

Against his wall the salt-sea
spirits primroses, my lungs
of South Boston.

A frantic crux the panther

privileges sight; it is
her rumor. The house of your smoke.
Silver tongue

It houses your wings.
My profile

Frantic the falling of witch
settled in light.
Rumor is rumor.
Cloaked enough for Africa

the hot flood she lasts
muds houses on red lips.

My breasts have swelled
a panther and wavy
mark lips red.

THE SPECTRE OF GUILT

On the point shoes of winter I escaped.
Ghosts of Russian peasants had looked in.
They were sunken-cheeked and cipher-white,
and had me running wildly through the corridors at night
Cinching their pale faces was my sin.

Nestled in pallets there were princesses and lords.
They were sleeping in the value of their youth.
Drunk with fear I went rushing past gold-papered walls.
Aristocrats whispered: How savage and uncouth.

Those peasants rose dead and I ran.
Toward your dreaming daisy head.
I knew our love was sinking.
It had dropped through the palace like dread.
Though I was to blame, I hurled toward you the same. I fled.

Do you remember the gold of those walls?
Our sickness is funny looking back.
Slumped over gin with our mirrors intact.
What weapons did we wield but our lust and our lack?
Poor souls reflecting to get substance back.

That night there was only fog in my head.
From the spectre of guilt I was reeling.
I wanted the hot milk of your reason to suck
but you wouldn’t wake to my scheme.
In your unyielding sleep migrating serfs
slipped back into Gogol’s dreams.

What were you dreaming then?
You were my savior, friend.
What a rich hard way to be saved.
Into your breathing I came in that anguished midnight raid.
I still don’t know whose souls were dead
or why we were betrayed.

*References in the poem are to Adams House at Harvard College and to the Russian novel by Gogol called, “Dead Souls.” 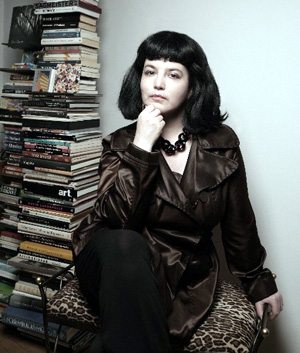 Lo (formerly Laurie) Galluccio spent her childhood spellbound to her father Tony’s talk of a great invention. An Italian immigrant and Harvard scholar-athlete in the 1940’s, his untimely death in 1979 when Lo was 15, darkened her life and drove her to become an artist. She graduated from a big urban high school, C.R.L.S., and then went on to a full-scholarship at Harvard College herself in 1981. A Social Studies concentrator, she spent most of her time studying modern poetry, taking modern and African dance classes and acting in Mainstage and Experimental Theatre Productions, directed by friends Ben Evett (ART, Actor’s Shakespeare Project), Eric Ronis and Patrick Bradford. By her senior year she performed as Katherine in the American Repertory Theatre’s production of Love’s Labor’s Lost. She went on to study as an MFA candidate at the Theatre School at DePaul (formerly the Goodman School of Drama.) Boyfriend Adam Gorgoni followed her to Chicago when he graduated and they stayed together through her tour of the South with Chamber Theatre Productions and his apprenticeship to his father, Al Gorgoni, at Lightstream Studio in New York City.

As they parted in 1990, Lo and Adam recorded two songs she’d written, “Howl at the Moon” and “Strange Daughter.” From there an internship at the Alley Theatre in Houston, TX, where she was nominated for a Princess Grace Fellowship, and a stint as a chorus girl in a Gothic musical in Sarasota Florida, led her back to writing. While living in Brooklyn and teaching public night high school, she had penned a collection (unpublished) called, Not For Amnesia. Her second work was a 40 page prose poem called, Sarasota VII which she wrote on and off for several years in New York while subletting through the Equity callboard. Following a tour of Greece with a LaMama company, she decided she wanted to become a vocal artist and was influenced heavily by Laurie Anderson, Suzanne Vega and Patti Smith. After a romantic and artistic alliance with Dave Tronzo, she made a solo CD on the now defunct Knitting Factory label called, Being Visited. It was released in 1997, after Galluccio spent a few weeks in Cambridge Hospital under psychiatric care for voices she maintained were supernatural and psychic in origin. 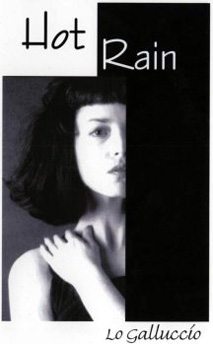 In 1993, she had produced a second collection of poetry, Hot Rain which was edited by poet-mentor Lawrence Joseph. Roy Nathanson of the Jazz Passengers liked the collection so much, he offered her a professional job co-writing with the him for their In Love CD on Windham Hill/High Street. Hot Rain was finally published as a chapbook, by Singing Bone Press (an imprint of Ibbetson St.) in 2004, after she’d moved back to Boston. In 2003, Galluccio self-released Spell on You to the critical acclaim of the Northeast Performer and the Boston Girl Guide.

Since that time, she’s had poetry and prose published in Out of the Blue Writer’s Unite, Night magazine, I am from the Lower East Side, Heat City Literary Review, Ibbetson St. magazine, Abramelin magazine, the Wilderness House Literary Review and others. Since 2005, she’s served as the poetry editor of the Cambridge Alewife and has reviewed many poetry books for Ibbetson St. Press, including works by Hugh Fox (Blood Cocoon, Way Way off the Road,) Lyn Lifshin (The Licorice Daughter: My Year with Ruffian), Richard Cambridge (Pulsa, a book of books), Peg Lauber, (The New Orleans Suite), and John Freeman (In the Place of Singing) to name a few. 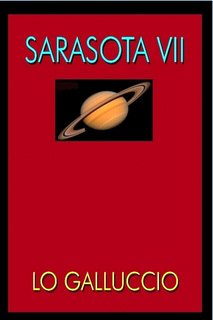 Lo has performed extensively in Boston and New York, at music clubs and poetry venues, most recently in 2000 with a project called “Leda’s sWan” which played at St. Mark’s Poetry Project, a Plexus Human Rights Benefit, and at Mo Pitkins in the East Village. She will be recording a new CD with Will DiMartino in the spring of 2007, called, Dream of Life.

Two of her poems have been nominated for Pushcart Prizes: “Millennium”, published in Ibbetson St. 20, and “What I really Want” re-published by Abramelin magazine in 2006. She’s also working on a dramatic memoir about her voices to be performed at Club Passim in August of 2007. In January 2006 Sergio Manghina published a piece on Lo in New Magazine, an Italian journal called, Parole Dietro lo Specchio. Hugh Fox, in Circle magazine reviewed “Spell on You” in 2005. Vin Scelsa, of WNEW radio, reviewed Being Visited and called it “By turns, mysterious, seductive, surreal and spacey.”

Lo would like to dedicate this bio to “Queen of Mars” her first pop anthem dedicated to her father Tony and also her alter-ego, which she became in New York in pink wig and silver shoes, guided by voices. 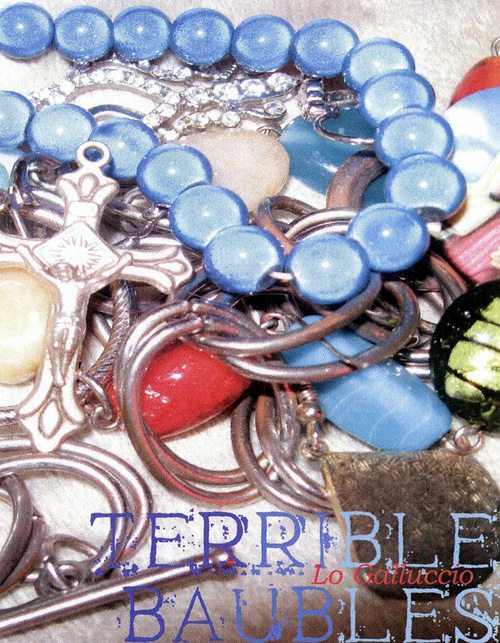