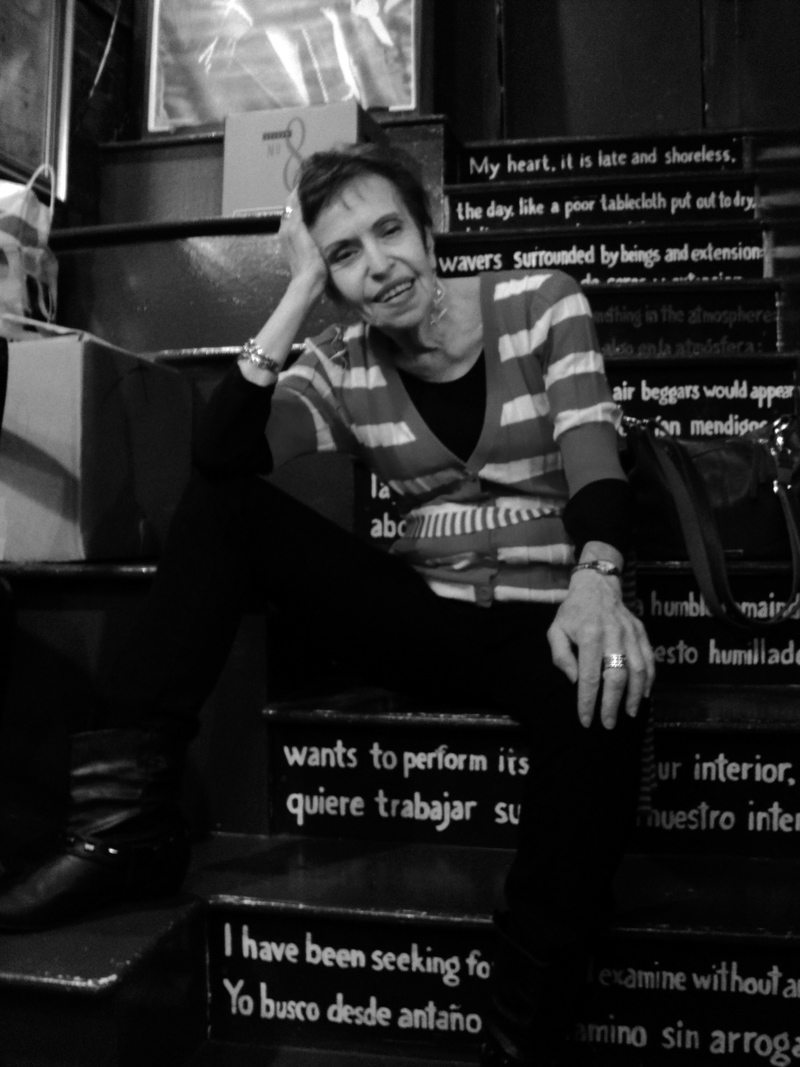 Those poems like safe houses
(With apologies to the outlaw poets)

caught up in the rush of fast flying bullet words
sending Billy the Kid & Dillinger on
bank robbery sprees     the kicked up
dust from a horse or the screech of cars
burning rubber in a fast get-away
and the pure 21st century joy of watching
banks that robbed us held up until
…………………………………..that hot June midnight

death spilled out of words blood mingled screams
from Colorado theater blew across America
it wasn’t only banks robbed now
or then either we like to forget
boundaries blurred no one knew if it
was happening on screen or off
………………………………….until they did…

a night to remember people said just before,
clinging to their tickets to batman’s cape to
be lifted up out of their everyday to fight a bad guy
only he never had a chance
someone yelled, does anyone know how
to shut that movie off    shut off a maniac’s
mind shut off our fascination with outlaws
without killing the outlaw spirit Published 2009 by Iniquity Press. All poems and art copyright by the artists. ISBN-1-877968-45-5. Layout and design by Angela Mark. Cover by Angela Mark. Title page by Michael Shores. Some of these poems have/will appear in: Mobius, Poesy, New Verse News, The Brownstone Poets, Big Scream, Nomad’s Choir, Northwoods Journal, Rockburts Review, in No Earthly Sense Gets It Right (Lummox Press) Something is Burning in Brooklyn is a collection of poems situated in a particular place, but could be anywhere in this country. My hope is that people who live elsewhere, who’ve never been to New York City, will find commong ground in the hardships caused by gentrification, have known what it’s like to be targeted as different, other, who have also pursued a dream, however unlikely to be realized, watched a mother slowly loos her grip on reality, as they are transformed to brother or sister by her dementia. — Linda Lerner Linda Lerner is the author of twelve poetry collections, the most recent Living in Dangerous Times (Presa Press(2007 & City Woman(2006), March Street Press; (both Small press Picks); Because You Can’t I Will, Pudding House, (2005); they also published her Greatest Hits, 1989-2002. March Street Press published The Bowery And Other Poems which was a Small Press Review pick of the month. She has been twice nominated for a pushcart prize. In 1995 Andrew Gettler and Linda began Poets on the line, (http://echonyc.com/~poets) the first poetry anthology on the Net for which she received two grants for the Nam Vet Poets issue. She has given numerous readings in the tri state New York City area as well as around the country. Her poems have / will recently appeared in Tribes, Onthebus, The Paterson Literary Review, The New York Quarterly, Home Plant News, Van Gogh’s Ear et al.

Angela Mark has been exhibiting and publishing her work since 1979. She has created illustrations for numerous books and magazines, including Wisdom Magazine, Byrenlee Press, Spirit of Change, Science Fiction Eye, and Dream Network. She is also currently studying to be a shakuhachi flute master / teacher.