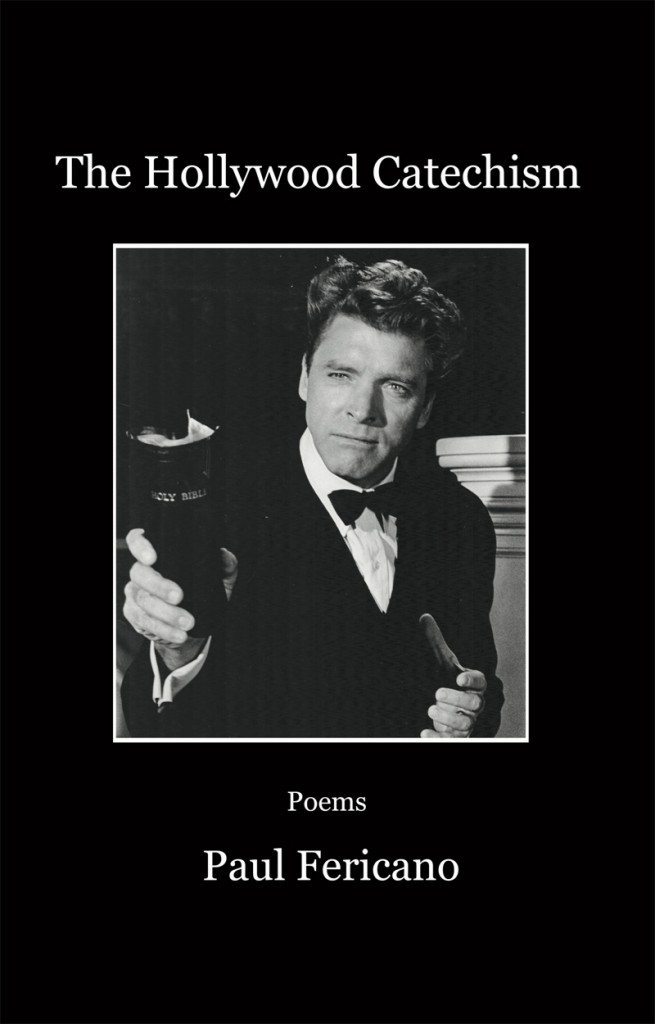 Everyone has an eye fixed on Jesus.
He’s on his knees in an alley shooting dice

with the Three Stooges
and the poor bastards are losing their shirts.

The Savior of the World is on fire.
In flowing red robe he rattles the bones in his hand

brings them to his ear shakes them like the Second Coming
and blows on them once for luck.

He arcs his fist before release and shouts:
Baby needs a new pair of shoes!

then tosses them with the same force his father summoned
to create the Milky Way.

When he flashes that wide resurrection smile
the one he showed the Romans right before they nailed him,

he scoops up his winnings with a wink and a nod
and everyone knows the Lamb of God is on a roll.

The Stooges are victims of divine intervention.
They make the sign of the cross and Jesus smiles.

I like you guys, he says, slapping their faces affectionately.
And just like that three morons become saints.

Leaning against a wall drinking beer from a bottle
always cold never empty is Charles Bukowski.

He shifts his weight like a man itching to start something
eyeing the action as if he’s writing his last poem.

Jesus stands now and introduces them.
The Stooges pull back unsure of what to expect from a guy

who once threw up on Norman Mailer and just last week
tried to look up the Virgin Mary’s dress.

Bukowski hesitates, too. He remembers almost losing an eye
in a pie fight and watches their fingers closely now

the air so choked with mistrust even the Holy Ghost is scared.
That’s when Jesus stands on his head.

It’s a minor miracle, not like changing a Beatles’ song
into a jingle for running shoes, but it breaks the tension at last.

Sighs of relief rise up like hosannas and everyone laughs,
especially the Son of God who isn’t wearing underpants.

Poem taken from The Hollywood Catechism by Paul Fericano

“A poem is a dangerous weapon in this man’s hands.” The Journal of American Poetry

“Should work by Paul Fericano appear someday in The New Yorker or The Atlantic Monthly it would be a sign that a deal has been made to release the hostages.” The San Francisco Review of Books

“With his own original and distinct brand of humor, Fericano is in the big leagues with writers and satirists such as H. L Mencken, Lenny Bruce, Paul Krassner and Rita Mae Brown.” Gargoyle Magazine

“Fericano is that rare poet who tells the truth with a laugh.” The San Francisco Chronicle

“If a witness protection program for poets existed in this country Fericano would be in it.” Washington Post Book World

“Paul Fericano writes poems like a wanted man hiding out in the basement of Poetry magazine.” Chicago Sun-Times

“In the vast literary universe of sober careers and serious awards, it’s quite possible that Mssr. Fericano is the “Weird Al” Yankovic of modern poetry.” Litterature Nouvelles (France) 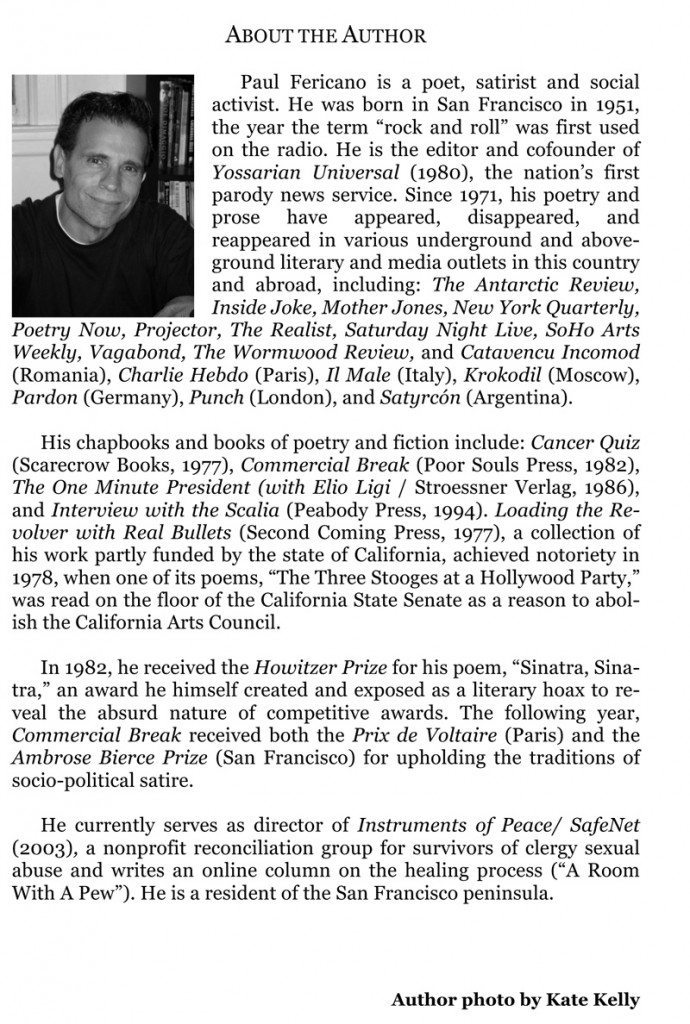 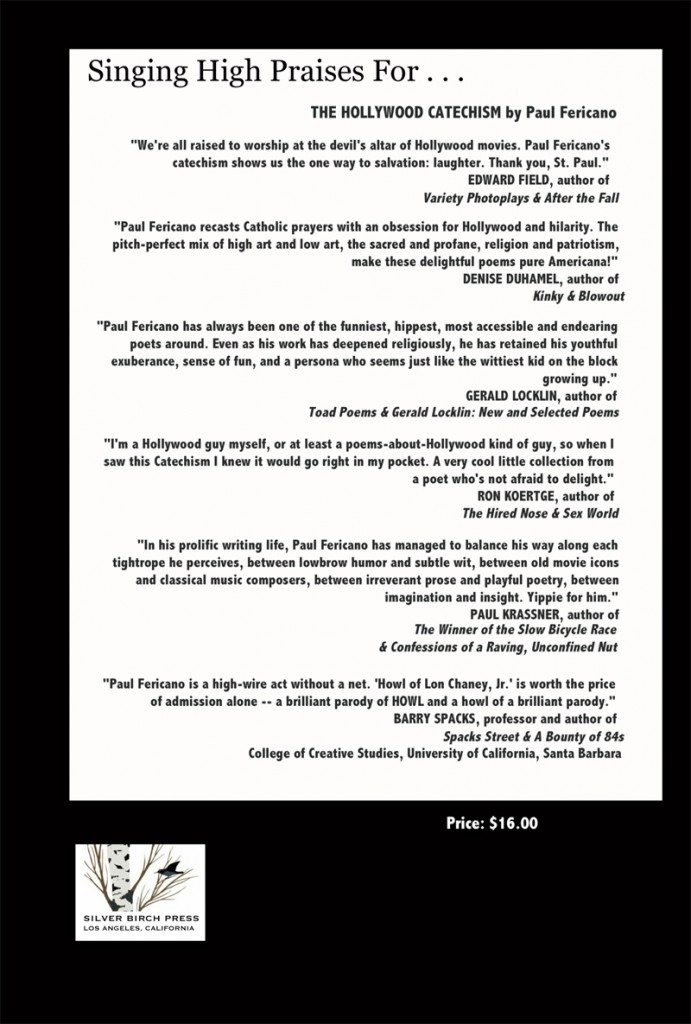 If you are interested in buying this book, please go here…

Much more on Paul Fericano can be found here…

3 Replies to “The Hollywood Catechism by Paul Fericano”