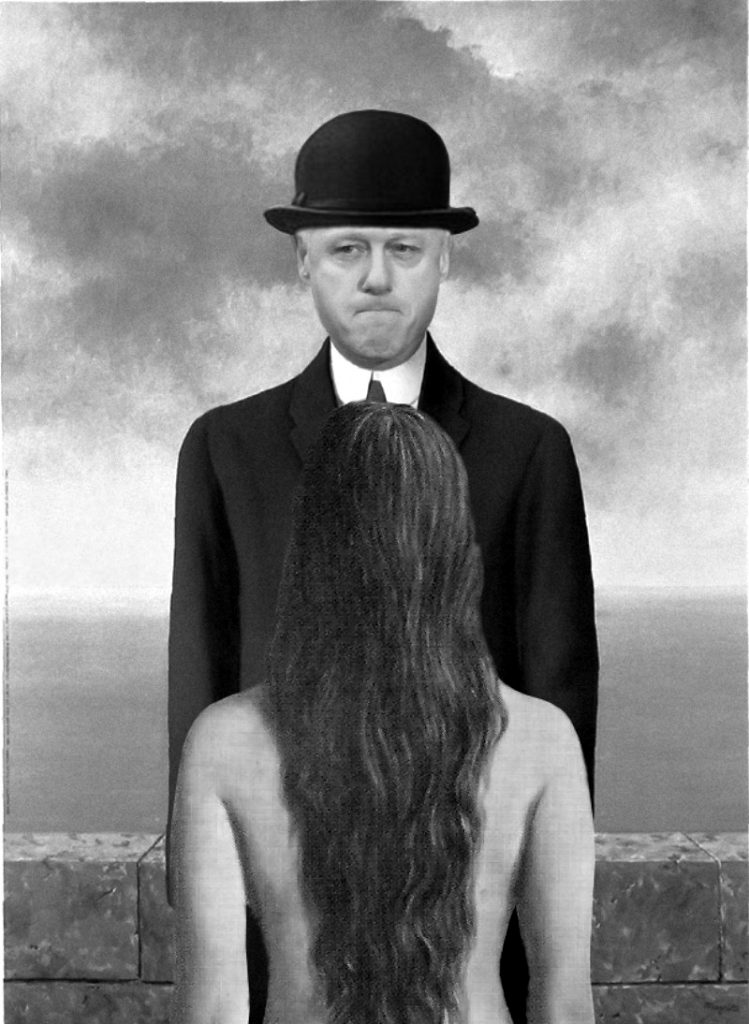 According to reports
certain White House interns
past, present and future

back to the White House.
He has a feel for the economy,
the interns say, and other things.