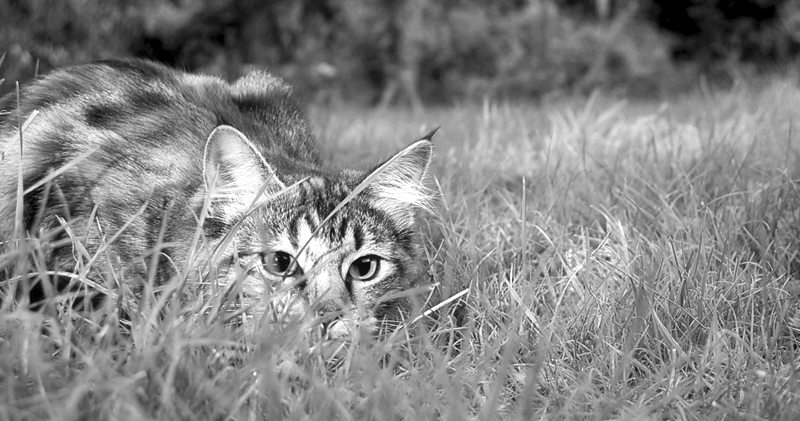 There is a spot down by the canal
where green pungent water kisses cat feet,
their owners searching for rodents
that have moved into the dark corners
of rotted pilings
and they aren’t there to collect the rent,
those feline prowlers, but to stare at those squatters,
who stare back, though their black dot eyes know
the next move will be the last.

There is a bar down by that canal
and in those dark corners a quiet mumble
can be heard between the slow steel grind
of passing tankers overfilled
with black gold good men dig for.

A television crackles in the corner, some small talk
from big mouths on how it all should be;
Christian values having bitten the dust, they say it loud
and point fingers at those that disagree
as the commercial break tells you how to keep it up
for four hours, making that little women more than happy
to cook a roast for the king of the sheets.

Cat cries come though the window, in harmony,
seems it was a good night for hunting.