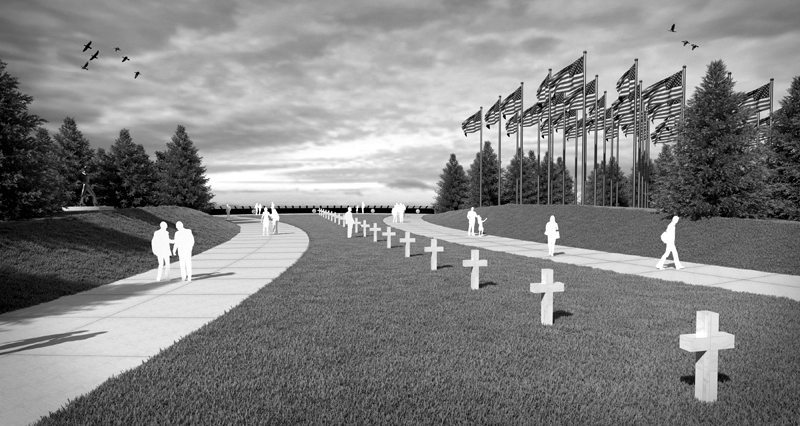 Crosses in the Park

Phil went to Memorial Park yesterday
on his crutches and saw new crosses
in the ground commemorating veterans.
Must be a hundred more than last year.

HIs brother’s cross is there, in the
middle of the third row, a fitting honor,
Phil says, after Bob died in Vietnam.
His cousin, Velma, has crosses there
for four uncles and her father, too.

Her father and four uncles fought
in World War II in Europe and then
went AWOL to meet again in Paris.
The Army looked the other way,
perhaps because the brothers hadn’t
seen each other in four years.

As Phil walked among the crosses he
remembered that in his home town one
person in four voted in the last election.
Had Hitler won World War II, voting
might not now be an option.

Phil thinks Americans thumb their noses
at veterans of every war by not voting.
It bothers him when people don’t take pride
in freedoms veterans died to save.
He’ll tell his neighbors to vote until
his cross stands with the others, too.