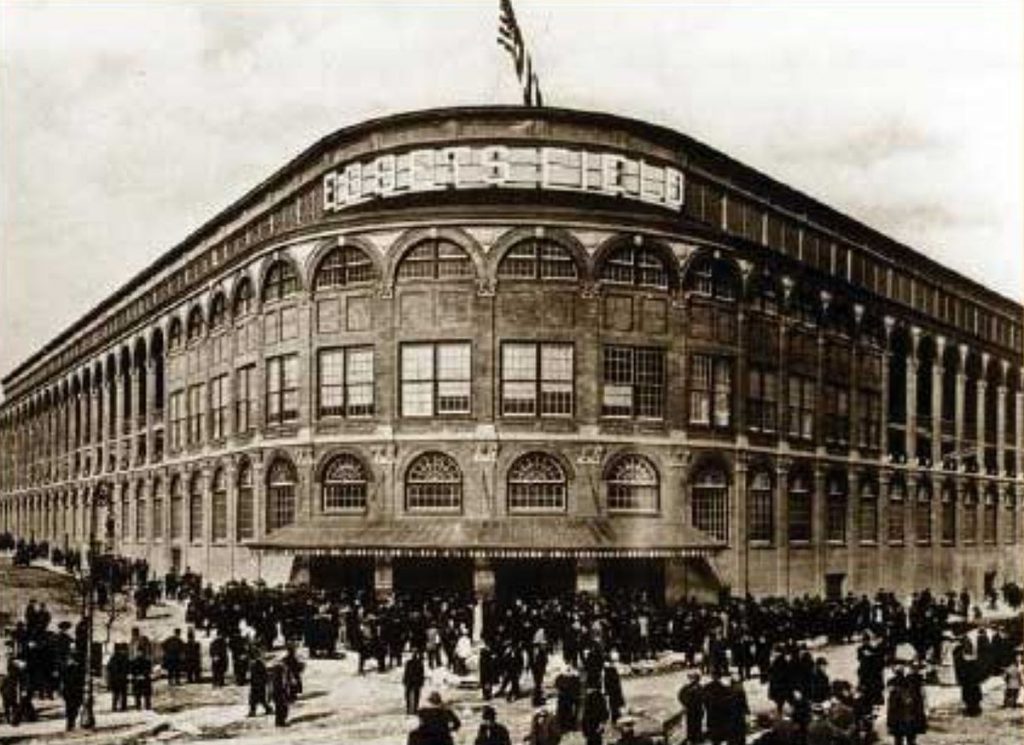 At one time
Flatbush carried the scent of hot dogs, pine tar and leather; cheers would punctuate a double or triple or homer and thirty five thousand Dodger fans could coax a tie into a win from under a hot summer sun in the apt named ‘bleachers’; the players would spit their brown dissolve to the ground arguing with the umps, that ‘out’ call, or ‘strike’ call, at times clearing the dugout, rejections leading to ejections; a game of baseball was more a war on a diamond shaped battle field dubbed America’s pastime.

Then, in time, a wrecking ball slammed into the Ebbets Field facade punching a hole into Brooklyn Sundays not far from the spot where Robinson punched one out into left field and soon enough that outfield grass became churned mud from the iron treads of bulldozers replacing those players steel cleats and men with maps pointed to the spot where apartments would grow, bringing hookers and pizza and switch hitters all standing side by side with the home plate ghosts and right where hot grounders tried to skip by a shortstop’s scramble.

So now it’s the Ebbets Apartments and some TV’s are tuned to the game in L.A where the Dodgers skipped away in ‘57, leaving the fans flat and fins growing on the Chevy’s but fans they remain, screaming at the re-play, shouting ‘safe’, over the hum of an air-conditioner while waiting for the Sunday pasta and cool beer, reminiscing with any one that will listen.