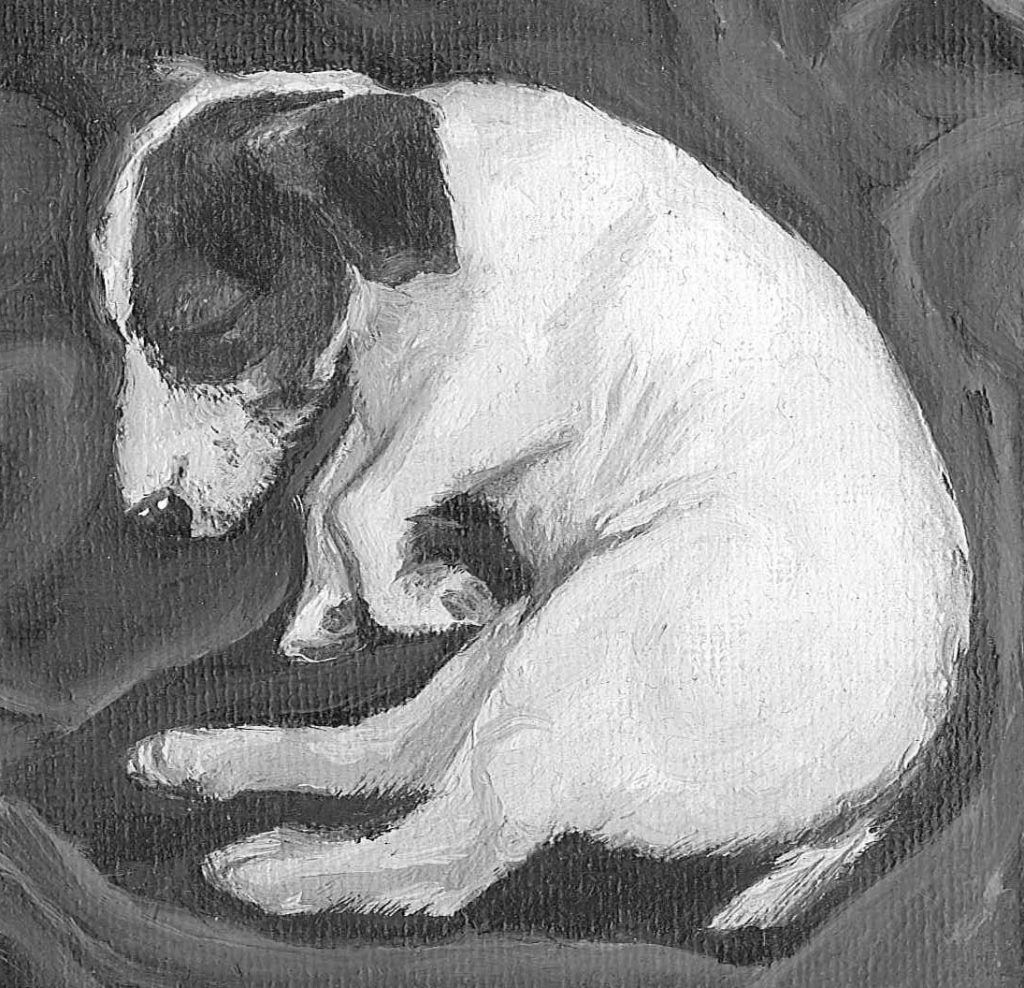 I saw a bloated dog in water
bobbing, riding the steady roll of parting waves
alongside the tree lined banks of the River Charles
one Sunday morning;
white-crested, the unfolding wake of many boats
as they’d go, setting out toward Boston Harbor in
bright sunlight, shimmering diamonds strewn about
his lifeless body, just a pup.

Jack Russell, he was.

Collared, in dark blue leather with tags,
no more than two or three years young.
Swollen toward bursting, sweet soft belly
become a balloon, eyes staring up at me
showing no color, save for two ghostly marbles
of dull, pale blue, that made me stop
to catch a falling of tears,
out walking.

2 Replies to “Out Walking by Bruce Michael Foley”