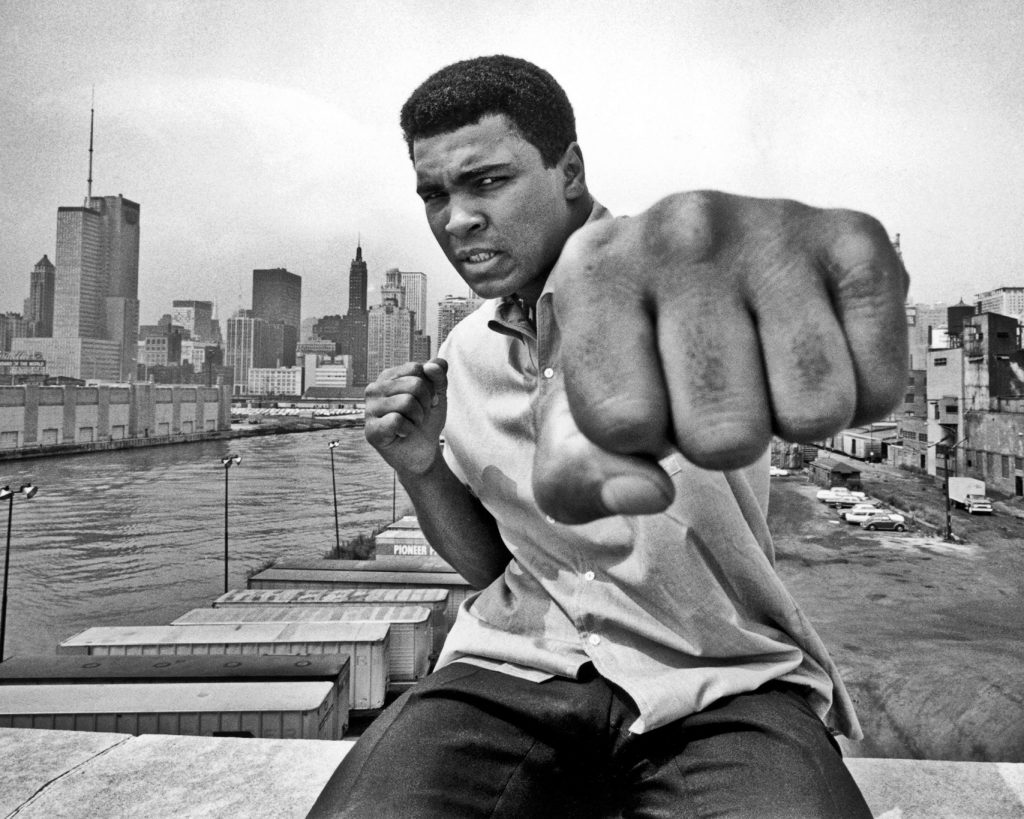 His best combination
a smile worn kindly with true tenderness,
donning gentleness with humility
when most men wore pretense,
he sported a cloak of natural greatness.

The crowds saw blood and fiery fists
deadly gifts of power and speed, this
warrior now leaves us, the peoples champ
we’ll forget him never, the last bell rung
true to form in death, his is the victory.

Muhammad Ali
“float like a butterfly, sting like a bee…”
In awe with gratitude, we stand to applaud you,
your gloves now hung up, the final fight won.

2 Replies to “The Greatest by Bruce Michael Foley”