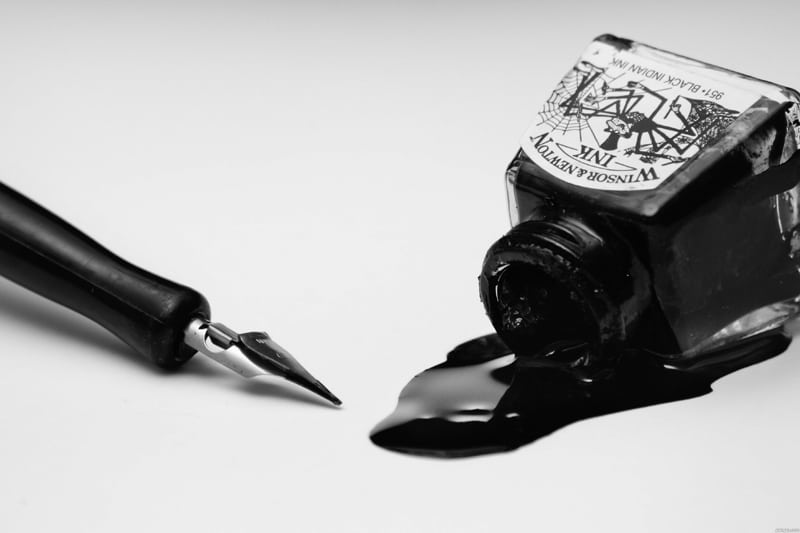 Someone
who loves
chilling
dancing
drinking
smoking
asks me if I write with an ink?

I answer to her with
yes, it’s from
my pain
my ache
my lonely
my grief
with the colour of death philosophy

I’m seeking a
land, and not a homeland
Without the aid of Google maps, instead
I will discover a new land with a loyal pet as
I gave up from my friends a long time ago
I want to work like a bee, and fly with
the birds by the beautiful blue skies
I create a family of
different plants
with seeds of my own, and rain from God
being a writer is being a father of grieves, and
writing about what the city lights hid from me
the rain drops wash the rooves of leaders
and damage the shelters of few believers
with my eyes I see,
while nothing stops me from
crying when I hear my adopted brother’s dying
I jump into the dead sea to cure my wounds
as I will have new cuts with no pain as long as
I will be drinking whiskey, and creating an unhealthy
cloud from the smoke of my addiction
to cigarettes
being happy doesn’t mean I’m sleeping without
counting the stars, instead it’s another way to
forget that I am actually being hanged to death
since the day, I decided to own a colour of the rainbow
I will be quite with the mirror, and hold
The candle dropping more wax in my throat

I stepped above my spirit
to release the joys from the bottom
of my belly button
I broke my heart a few times
To feel a healthy beat to enjoy
every misery I face on my own
I cracked my brain to recall
the times when my father wasn’t a man,
when he knew about death
I drank dark roast coffee
to bitter my words from saying them
to the clock on the dull wall
I cried as a powerless musician
because I knew that my blues and jazz
have a deep accent of grief

A Foreign Student and Shaving Blades

A few weeks ago
I went to the washroom in a
Coffee shop nearby to my school
there by the sink
I saw shaving blades
I was shocked and terrified in the moment
I went back to my table
to study my homework, next to me
a foreign student was talking on the phone
he spoke the same language as I do,
his mouth was smiling, and his eyes were
watery creating a river of lonesome homesickness
turns out, the shaving blades
have a chemistry in his current life
so do I, but I would use it on some other day of the year