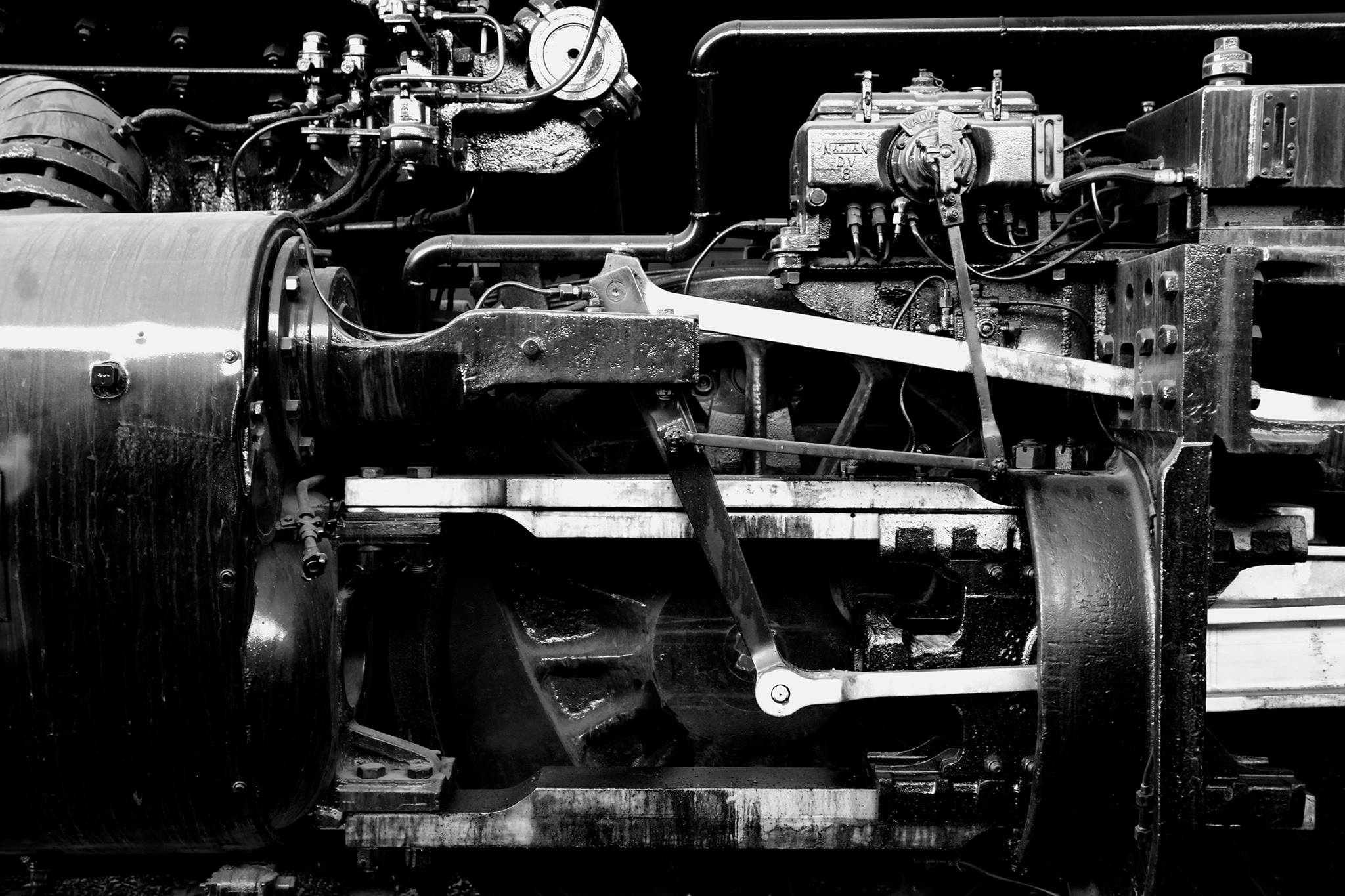 If this is an emergency, hang up and dial 9 / 11
and a response team or drone squadron will be sent
to your GPS location, immediately.

All of our operatives are currently busy assessing other
consumers, but your call is important to us and vital to our
national security, so please stay on the line.

If you think you know your political party’s direct
intentions, please state them now, otherwise,
you may choose from the following menu:

for Life, Liberty and the Pursuit of Happiness, press 1,
for Truth, Justice and the American Way, press 2,
for God, Guns, Guts or Glory, press 3,
for Art vs Obscenity, press 4,
for Honor and Duty, press 5,
for Freedom and Responsibility, press 6,
for Equality Before The Law, press 7,
for Plausible Deniability, press 8,
to report suspected dissidents, drug users
or other enemies of the Homeland, press 9,
to speak to an operative, press 0, or just stay on the line.

This call is being monitored for quality assurance
as well as for your own safety and protection.

Thank you, and God bless the Homeland.

Big Balls and All

Some days even the dirty backsides
of old buildings have a sort of disheveled
and crumbling beauty to them
like neatly stacked heaps of scrap
with sagging fire escapes and cracked,
wire-mesh windows bursting forth
with clots of bird’s nests, here and there:
a small, man-made mountain range
piled against a sweeping backdrop
of clouds like drifting glacial masses
and the sky all atomic swimming pool blue.
And here, grazing in the foreground
on the south side of Larry’s Auto Supply,
looking like it could have been painted yesterday,
the bull of an old Bull Durham Tobacco sign
(big balls and all), recently uncovered, I’m told
by some old boy in bib over-alls and muddy boots
(with the steel toes showing through),
when the building next to it got hit by lightning
last month and burned down. Other than that,
he says, been a pretty quiet summer.

Bloodhound with the Broke-Dick Blues

As in it don’t work so good no more.

As in it could clearly be a metaphor
for any number of vital physical or even
meta-physical components.

As in a man sometimes just misses doing the things
he can’t do as well as he used to like some kind of
goddamn phantom limb syndrome.

As in sometimes all that excess anima just builds and
builds until it can’t hold to the center, or the center,
itself, suddenly just cannot maintain its structural
integrity.

As in sometimes when the stars are properly aligned
or the moon is just right and the jar of moonshine
you been nipping on all night is starting to talk
to you, you just can’t keep it under wraps any longer.

As in that moon and those stars and that hooch are
clearly fucking with you, boy, challenging you, in fact,
flat-out double-dog daring you to free the dragon
from the root-cellar, let the monkeys out of the attic
and shake the fireflys from your hair.

As in you have to put the call out right now to all the
freight trains and coyotes in your immediate vicinity
or something’s gonna give, something gonna blow,
something gonna burn the goddamn saw-mill down.

As in this just might be the night to finally call both
God and the Devil out to their respective front
porches and find out once and for all why both those
mendacious sons-o-bitches have restraining orders
placed against you.

As in it might be time to do some truth-tellin, some
eye-witnessing, some sanctifying, some hard core
preachin’ and prophesying.

As in this deep-down ache needs to be acknowledged
and validated, this sorrowful soul exonerated,
purged and redeemed by a little one-on-one,
call and response session with the universe.

As in someone on the other end needs to pick-up,
right now!

As in this just might finally be the night
to flap these goddamned floppity bloodhound ears
and fly, fly away, motherfuckers,
fly, fly away …

What Is It, This Time?

What is it, this time?

It’s a set of elevator doors,
endlessly and randomly opening and closing
on all our various levels of perception /
conciousness / awareness / etc.

It’s a slippery gateway drug
down a long helical flight
of ever-expanding co-dependencies.

It’s an attic window lit with a mysterious glow
in a house where no one has lived for years
(where many a secret passageway
is rumored to silently serpentine).

It’s a hairpin turn in an already labyrinthine path
through the Garden of Earthly Delights.

It’s an epic poem
folded into a leaky haiku of a boat
then set afloat on a lazy, meandering meme-stream
that runs (mostly unnoticed) through all our lives.

It’s a deep, drunken mid-day nap,
ended suddenly by a dream
of wind and thunder
and a violent knocking
at the back door to which you stumble
clumsily and frantically only to find
no one there.

It’s a midnight rendezvous
with Fate, Kharma, Kismet and Assoc’s.

It’s a June Bug struggling
on the floor of a bath tub
in an abandoned motel
by the side of a road you really,
really don’t want to
go down.

It’s a long, deep sigh let loose
like the last leaf of a dead tree
on to the frozen surface of a kiddie pool.

It’s a rotting tree limb finally cracking
and falling from the accumulated weight
and misery of an ancient hangman’s noose
in a forest of tall, creaking skeletons
and perpetual fog
in which too many people
have been hung.

It’s the lone gypsy prince of coyotes
calling up the spirits of his dead ancestors
for one last suicidal reunion tour
before the Big Bad Ragnorak*
of so many late-night campfire tales
inevitably comes rumbling, tumbling down.

It’s a train broke down in a tunnel
with no light at the end.

Let me tell you what it is, cha-cha,
on the house and country simple,
so listen up and get it straight.

It’s a priest crying with laughter
at a joke his friend the rabbi has told him
about a priest, a rabbi and a donkey
who walk into a Bar Mitzvah.

That’s what it is.

You Are Here: A Meditation On Phenomenology and Spiritualism (With a Side of Jalepenos and Mezcal)

Whereas
I’m not so much
a full-on, absolute denier,
but really
more of what you might call a
methodological
naturalist /
soft-hearted atheist /
hard-nosed agnostic (with gnostically
paganish proclivities
and a soft spot
for the weird, fanciful and mysterious)
when it comes to matters concerning
supernatural phenomena / spirit worlds /
higher powers / etc., etc.,
but if I were more
hard-wired that way (if not exactly

a full-on true believer)
and if my ratio
of wiring to whatever quantifiable level
of good old fashioned
common credulity
were to extend to the idea of actually
communing with and / or summoning
said supernatural phenomena /
spirit worlds /
higher powers / etc., etc., then I’d have to say
that two men of (otherwise)
sound mind
sitting across a table from one another
(mano y mano, as if locked in a fierce war of wills
on the psychic plain),
consuming raw slices
of jalapenos and
washing them down with shots of
mezcal (con gusano, by the way,
if that makes any difference, though I don’t
know why it would) would
probably be as effective a deus-ex-machina
as any
for calling down the weird lightning

of mystic visions
and prophetic dreams
and very possibly setting the cosmic
revolving door (that is rumored to exist),
between this world and who knows
how many others,
to spinning like
a roulette wheel on which
the little black ball of the mind
(the black pearl
of all potential and / or accumulated
human knowledge and wisdom)
must eventually,
inevitably come to a rest

(if but for
the moment). 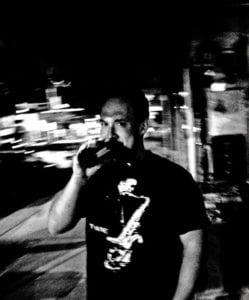 Jason Ryberg is the author of twelve books of poetry, six screenplays, a few short stories, a box full of folders, notebooks and scraps of paper that could one day be (loosely) construed as a novel, and, a couple of angry letters to various magazine and newspaper editors. He is currently an artist-in-residence at both The Prospero Institute of Disquieted P/o/e/t/i/c/s and the Osage Arts Community, and is an editor and designer at Spartan Books. His latest collections of poems are Zeus-X-Mechanica (Spartan Press, 2017) and A Secret History of the Nighttime World (39 West Press, 2017). He lives part-time in Kansas City with a rooster named Little Red and a billygoat named Giuseppe and part-time somewhere in the Ozarks, near the Gasconade River, where there are also many strange and wonderful woodland critters.