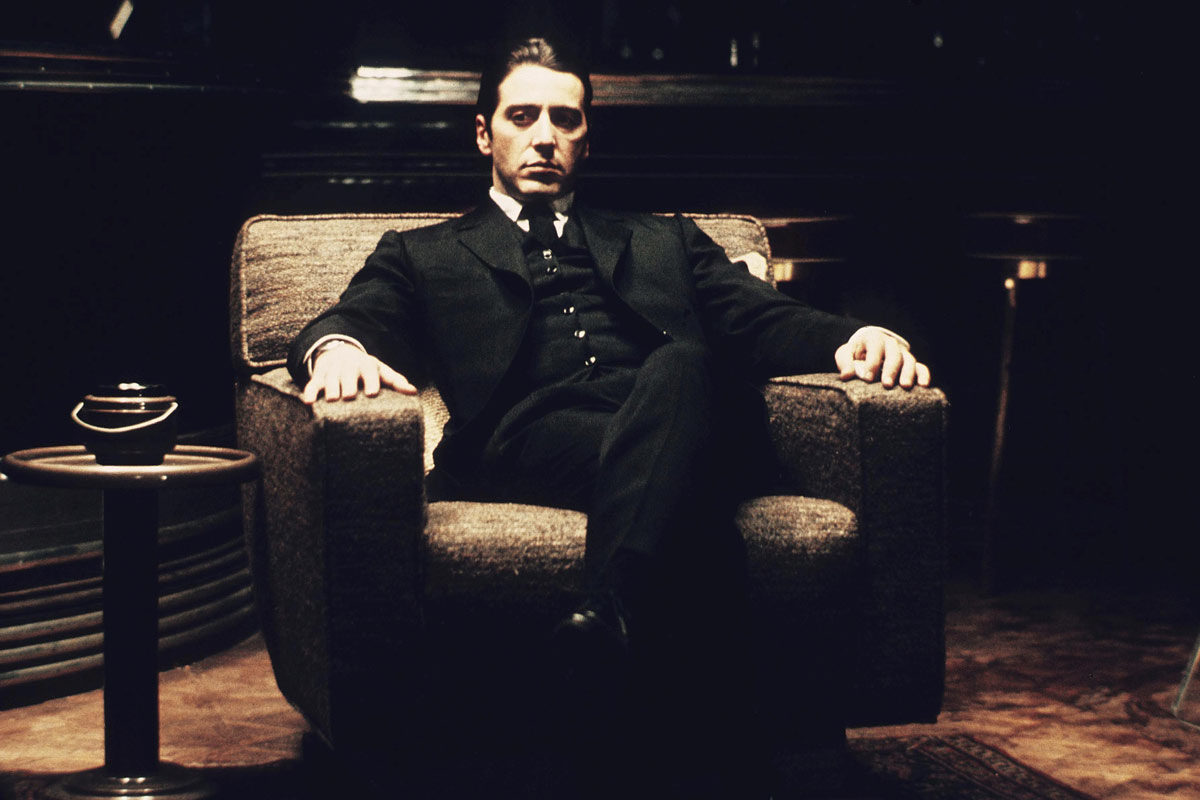 From this hideous place into your living world,
fearing no further dishonor, I will answer you.

In red fury I slew what I hated.
I called down a weapon of righteousness
like a thunderclap
in the name of my father.
I dumped a rotten bag of oranges on its chest
and left it there dead.

In a wincing dawn I wreaked bloody slaughter.
I left bodies mutilated, wet, in my wake.
I had my jaw wired shut after Satan broke it in two
but I rose up in wrath from the grave he put me in
like the vicious heart
of my ancestral home, a heart for vendetta.
And I became the lupara that avenged Luca Brasi.
And I became a noose to strangle
my father’s nemesis, Sollozzo.
I put my honor to shame, I cast my silver star into disgrace,
Sono diventato la mano sinistra della vendetta—
I became the left hand of vengeance—

For a father’s love I gave away valor.
For him I replaced my valor
with malice, with death to my enemies,
his enemies,
—I murdered my father’s son.
Forgiveness in me died.
I smothered it in my sleep.

In cold indifference I slew what I loved.
That very innocence puffed a final breath
into my startled face.
Her sweet mouth slack with shock,
she breathed one last word
as terrible as a question—
“Daddy?”

One Reply to “Speak, Michael Corleone, In Hell by Rayfield A. Waller”