The Grande Ballroom in Detroit
dispensed music and sin seven days a week
for six years, until it ran out of money.

Even Ted Nugent sounded cogent
while describing his love for the place.
Alice Cooper, the MC5, Muddy Waters,
Cream, Led Zeppelin, the Who, BB King,
Frank Zappa, Iggy, the Grateful Dead
and countless other bands graced the stage.

The dressing room was open for groupies
and folks who wanted to tune Jeff Beck’s guitar.
Kids got down behind the stage.
Their parents couldn’t care less
what they were doing, or with whom.

A joyful, decadent time, before Detroit
collapsed into ruins, taking the Grande with it.

One frigid March afternoon in 2013,
I stood on the corner next to the Grande,
took cell phone photos of two friends
as they huddled beside the chain link fence.

They’d lived in Detroit their whole lives,
and had driven past the Grande
hundreds of times since its closure.
Still, they humored my need for documentation.

The two had been married
forty years, and were still in love,
but a little bored with each other.

He was an angry union guy on a vegan diet
who worked for the phone company,
and she had been fired ten years earlier
from her travel industry job.

They scowled as they leaned against
the crumbling bricks of the defunct ballroom,
the vivid pain of a Michigan winter
like angry red scratches across their faces.

Later, the woman showed me scars on her belly
from where her stomach had exploded
a few months beforehand. She almost died twice.

The scars were raw and purple, and
her skin bulged and sagged with their weight.

I stared, unable to comprehend.
Me: west coast girl, the one who escaped.
Seattle will collapse like Detroit, she said.
Everything on the west coast will one day
look exactly like the Grande Ballroom.

I laughed, said this was impossible.
A few months later, they stopped talking to me.

Of course, my friend was right, but I can’t
be blamed for my refusal to believe.
Like those kids behind the stage,
I needed my illusions to last forever.

Now, when I look at the mirror
and the street corner, all I see is wreckage.

Perhaps if I run fast enough,
I can twist the knob in reverse,
go backwards and restore everything:

the ballroom, Detroit, this damaged land
that somehow allowed me to survive,
my lost friendships, and more than anything else,
all the times I turned away without listening. 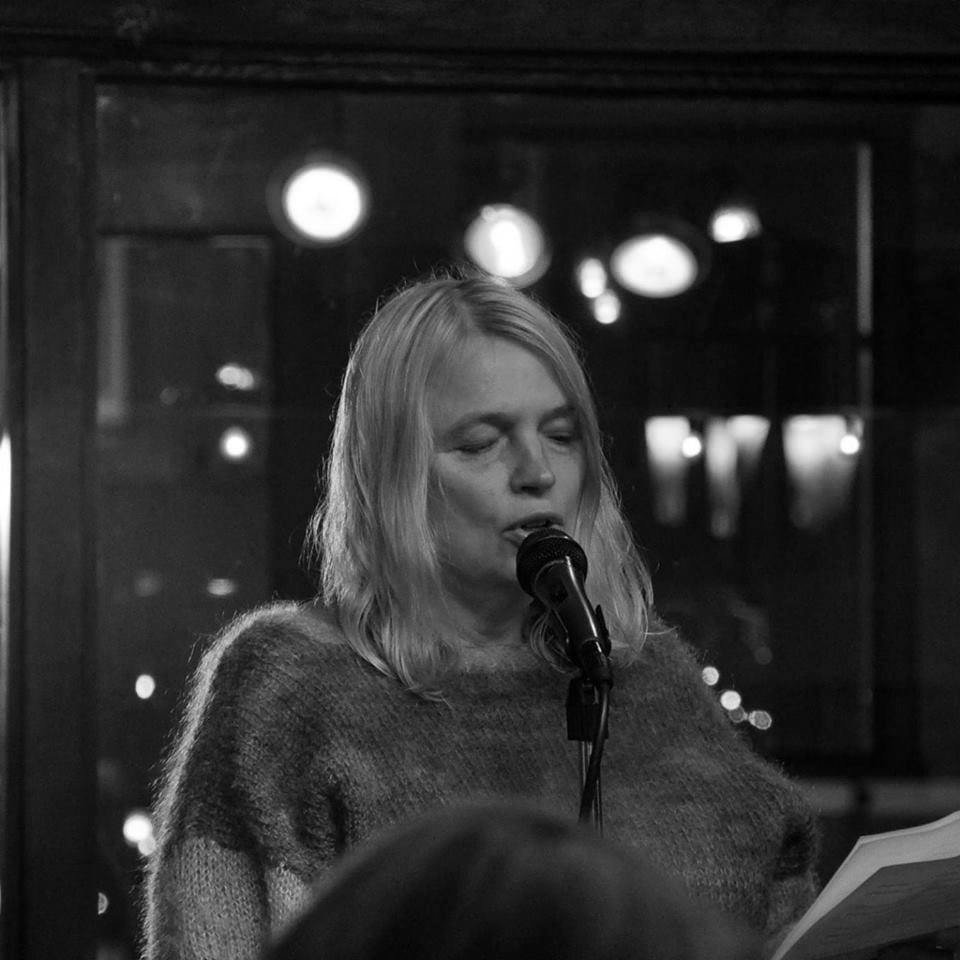 Leah Mueller is an indie writer and spoken word performer from Tacoma, Washington. She is the author of two chapbooks and four books. Her latest book, a memoir entitled “Bastard of a Poet” was published by Alien Buddha Press in June, 2018. Leah’s work appears or is forthcoming in Blunderbuss, The Spectacle, Outlook Springs, Crack the Spine, Drunk Monkeys, Atticus Review, Your Impossible Voice, and other publications. She was a featured poet at the 2015 New York Poetry Festival, and a runner-up in the 2012 Wergle Flomp humor poetry contest.

2 Replies to “Waiting For Resurrection by Leah Mueller”