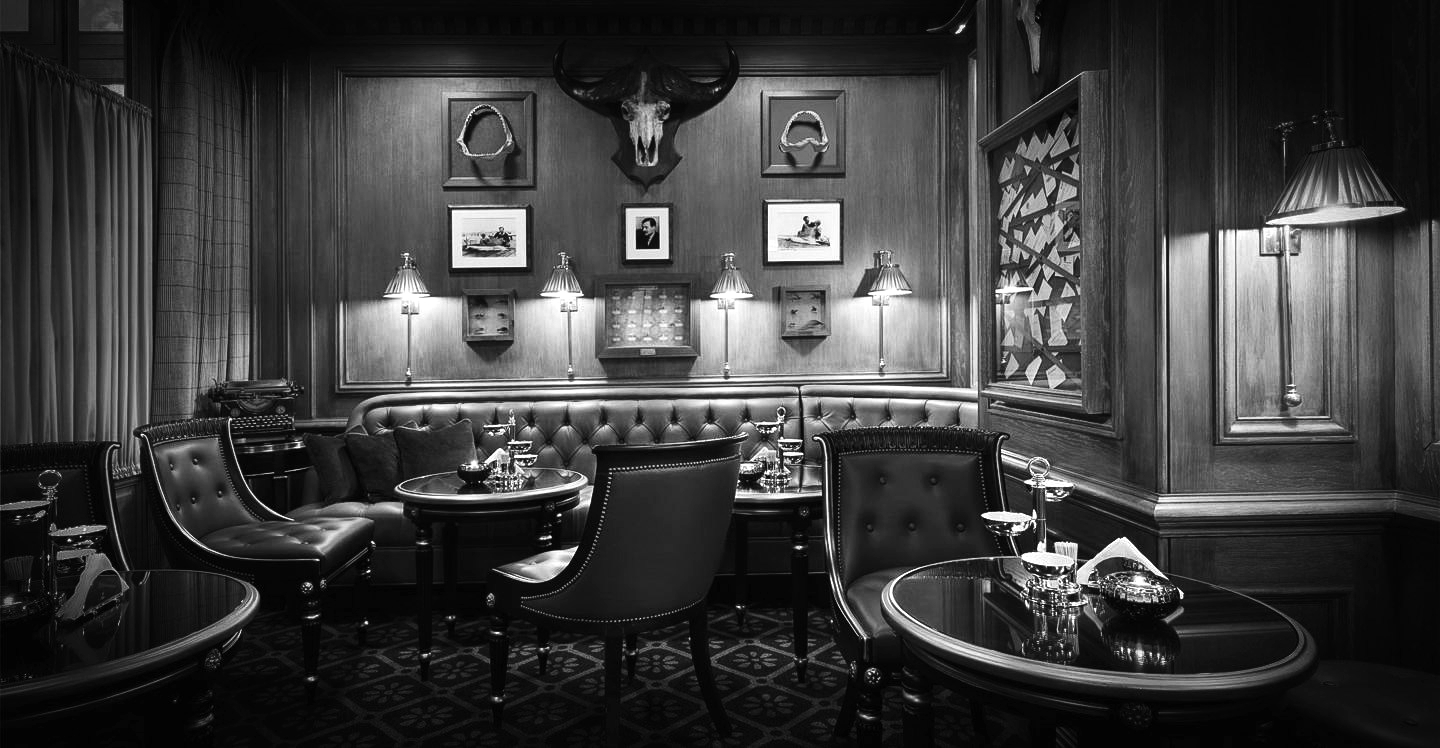 It is hot this Paris summer night as I walk along the city’s dark cobblestone streets, wandering old Victorian neighborhoods, moonlit alleys, and twisting pathways searching for my destination on mere hunch. A look at my watch says five minutes till magic hits the Eiffel Tower and thirty before it hits my bank account, but it’s a full hour before my worn shabby self— with sweat pouring down my face and beneath my arms— walks into an empty square lit dimly by a hundred street lanterns. The only part of the capital, it seems, where there are no people and all is quiet, when to my left I spot a man in the distance in a long white coat and top hat. Not believing in ghosts, he is enough of an oddity for me to approach when I quickly realize he’s a valet for none other than The Ritz: the most elegant, expensive, and famous hotel in France, and perhaps in the whole of Europe.

As I draw near enough for Mr. Top Hat to spot me, he looks at me as an oddity— though not in an elitist sense— but more like a kid in a zoo who spots an animal well outside its natural habitat

“Où se trouve Ernest Hemingway bar,” I ask in what little French I learned on the train, as I huff and heave, and he smiles a gentle smile and tells me “Egselant joice ser, right inside.”

And I look up at this palace with a terrible sense of… humility, anxiety, foreboding? Regardless, I know that this place is not for me. And by “not for me” I don’t mean a pompous “not my scene”, you may have guessed, I mean this place is not for me. And yet nothing but kind eyes fall upon me from Mr. Top Hat as I ask— in disbelief— if he meant I could go in, and “Oui” follows once more. He looks about ten years older than my father, and from this, I instinctively know he knows what I am thinking and further knows the weight of his simple reply.

Gifted, for a few hours, with the keys to the kingdom, I walk through an entrance hall lined with marble pillars and take note of a spiraling staircase on the right, where a giant mural depicts towering castles and lavish gardens. The cream-colored stone floor is covered by immaculate Persian rugs, and to the left is a study with wooden walls and black-and-white photos, where old rare books sit untouched behind shelves with glass doors and bouquets of red roses sit atop the desks. But a turn right and then left again reveals a more peculiar spectacle: a private shopping corridor exclusive to Ritz guests only.

“This is how they live,” I think, “The one percent. They evade taxes and lay off single moms for a public-free mall experience.” At the moment I think this more out of astonishment than judgement, as being bombarded by shiny objects tends to suppress my indignation for a time, and a few lefts-and-rights later I find myself standing face-to-face with the Bar Hemingway’s doorman, who tells me it’ll be a few minutes before there’s an open barstool and that I’m to “wet in the looby”.

The lobby: decked-to-the-nines in golden paisleys, golden horse statues, golden lamps, golden palm trees, gold-colored furniture, gold curtains, and a golden ceiling. Why am I suddenly thinking of Saddam’s palace now? Why? Why does my mind work this way? Godammit. But the upside to waiting is that I’m no longer sweating, and am therefore a little less odiferous by the time the doorman motions me inside.

The Art Deco furniture and light fixtures feel like a journey through time (am I Owen Wilson in a Woody Allen movie?), and I find that the open barstool at the far right sits next to a bust of “papa” himself. Framed pictures of the author cover every inch of the establishment, with the exception of the rules of conduct that are displayed by a curtain. These rules are few and simple:

Around the bar and at the tables are many people, but among the most noticeable is a disgruntled-looking woman in her mid-50s who is by herself sipping her fifth martini, and a young very attractive couple in a corner at the back (no older than 20, they seem) who are softly caressing each others’ shoulders and necks. The boy’s hair is black and curly, and the girl has the spellbinding smile of a budding goddess which contrasts beautifully with her olive skin. It isn’t long before she bites his bottom lip, slowly pulling it outward before letting it go, and soon after the young gentleman pours his lady more champagne (as he damn well should for the treatment he’s getting). Behind me, as I walk in, are two tech executives with unmistakable California accents. In a rewrite of Dante’s Inferno all Silicon Valley employees would have a guaranteed spot in the Fifth Circle, but there’s a special place in the Ninth for those who still manage to say the words “aggregate”, “streamline”, and “synergistic” at what is arguably the most enchanting cocktail joint in Paris in the early hours of the morning. At least enjoy the world fellas before you destroy it.

After ten minutes of sitting, the bartender asks if I’ve “carefully considered my potion for the evening” and I reply “Poire Victoire”, as if it was a drink I’ve been ordering my whole life. That was when you laughed because of how horribly I mispronounced it. Indeed there was no comparison between you and I; you in your black tea length dress and I in my blue jeans, and yet you held out your hand anyways and I kissed it.

It was your right hand, which I thought odd for a second, until I snuck a glance at your left and noticed the lighter shade on your ring finger. Either you were married or recently divorced, but nosiness has no place at the Bar Hemingway at midnight, does it? In any case, let the record state before I continue that you were the one who broke Rule #4, not me, and that I was the innocent little lamb.

“You’re French, what are you doing in a hotel?” I ask.

“I live in London,” you laugh, “Here on business.”

“I just came from London!”

“Really? With nothing except that backpack?”

“You are a bit worse for wear if I might say so.”

But as the evening (or morning) and its drinks progressed— and your mouth and mine numbed at the edges of our glasses as we whispered a thousand slight indiscretions— I finally realized I never asked your name and in return you gave a puzzling response: “Minnie Mouse.”

“Two strangers at a bar need not know each other’s names, and in fact it’s more fun not to, when flirting.”

“Oh is that what we’re doing?”

“Isn’t it? So call me Minnie Mouse. And what should I call you?”

“I guess call me Mickey if you’re calling me at all.”

You smile, “How long are you in Paris for?”

“Well the bar closes at two. What are your plans after?”

“Truthfully, I don’t have any. I was going to wander the city taking photos and then hail a cab to the station.”

“Sounds exhausting. I have a better idea.”

For an Audrey Hepburn type, you were oddly (and pleasantly) unreserved. My stomach drops a thousand feet in the elevator, and the tips of my fingers tingle with anticipation. Though here I should stop and make it known that I am not the kiss-and-tell type, even with your anonymity firmly in place. I only mention your invitation at all so that I have excuse to describe my simpleton fascination with the room itself: three showerheads hover over a bench made of teal-colored marble, and the bathtub facet is a golden swan. A GOLDEN SWAN! A chandelier hangs over the bed like an 18th century romance novel, and— god, how do I explain this— the TV is inside the mirror. Not situated in the middle of mirror glass, mind you, but is the mirror glass. You press power and a black square just emerges from the ether. That exists dear, and you are so unsurprised by it, while I stare with my mouth agape like a dumb child at an adult whose got my nose.

“Girls bewitch men with desire and Venus in the wine is a fire within a fire,” I quote to you from Ovid during foreplay, which surprises you, and it never occurs to me until then that I never told you I was a writer. That the seduction of a poor traveler by a rich woman would become a tale of tedious reminiscence in my old age; that I would memorize every detail of this, and of you, and try to bottle the moment like wind in a jar.

No, I never told you who I was. But then again, you are Minnie Mouse.

At sunrise you throw me back onto the streets of Paris, and once again I am a peasant, though a much happier one, and late for my train. I take one more look back to confirm I wasn’t dreaming. To take in one more time a vision of it (and of you, I also hope, standing at some high window), and the reality soon hits that no, this was no dream. I did indeed drink and sleep and pleasure you in this place where I didn’t belong… where it was obvious I didn’t belong. Yet it opened its decadent and spoiling arms and took me in for the night, as you also did, and rained upon me every spectacular thing. 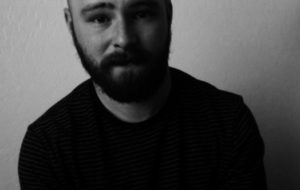 In addition to being a brother and son, I’m a Jewish-American writer, veteran, secular humanist, stoic, and proud member of the anti-totalitarian populist left. My professional background is a mixture of military service, political organizing, and defense contracting. Due to my work I have lived and traveled all over the world: Asia, Africa, Europe, South America, the Caribbean, and the Middle East. My writing has been featured at The Humanist, Areo Magazine, Outlaw Poetry, Wrath-Bearing Tree, and Paste Magazine; but what you’ll find on my personal website (where I shout into the void and hope the void shouts back) are my reflections on philosophy, history, and current world affairs, along with books I’ve written, books I recommend, and photos of my travels.