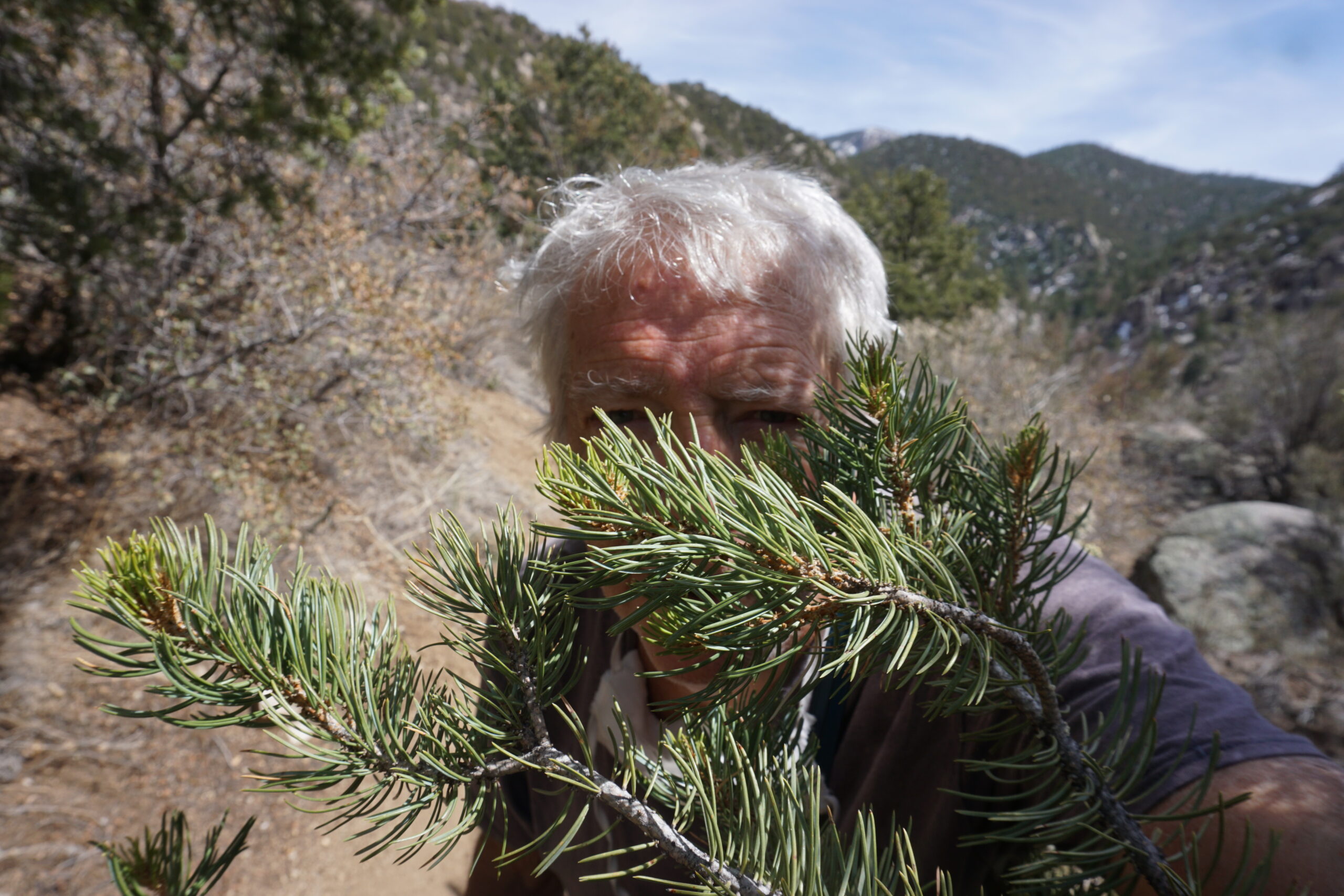 Is that why some girls are called April?
Because they are so changeable?
One minute they’re sunbathing pretending
they’re on the beach at St Tropez
and the next day they’re snowing
having a hot toddy thumbing a MODERN
SCREEN deciding which Sandra Dee outfit she’ll wear
to the Hollywood soiree tonight
And when Grady at the Texaco asks if you’d
be his date to the barn dance (and kegger party)
you say Don’t forget the windows and I have
other plans, check the tires, please, Grady, thank you
Swishing yr long scarf over your tanned shoulder
Aghast if Joe offers her a Winston, but tonight
when Clark Gable flips open his silver compact
you select one hoping Liz Taylor notices that
he’s lighting her up, even as it’s raining out
the front door and sunshiney out the back
32-degrees one day and 85 the next
Oh, New Mexico make up your mind, you have
such April moods

Mark Weber grew up on the outskirts of the megalopolis Los Angeles and wasn’t suppose to listen to jazz. During the 50s and 60s there was this giant conspiracy among the music industry to steer all listening toward their product. The government issued little transistor radios that brainwashed each of us via what they called “AM radio.” Somehow Mark Weber read enough issues of MAD magazine to be suspicious. By the mid-60s this thing called “FM radio” was sneaking around, trying not to get arrested. They called it “underground radio.” Some rich people Mark Weber knew had a stereo that picked up FM and one day he stumbled across a singer called Muddy Waters on this radio.

Mark Weber wonder’d why he hadn’t been informed that there was such a music as this that Muddy Waters was making. Mark Weber then threw away all of his Rolling Stones records because Muddy Waters could mop the floor with the Rolling Stones. It turns out there was more music like Muddy Waters hidden in America. It was being made by Black Americans like Muddy Waters. (Mark Weber is a white person.) The smokescreen was very thick. The conspiracy made it difficult for those of us that wanted to hear meaningful music. It persists, and so much beautiful and powerful music has been obscured. People have almost forgotten how to listen to music, and what to listen for. The citizenry had the wool pulled over their eyes (and ears) in those days.

Mark Weber began spending all of his spare time in the jazz & blues bars of Watts. That’s where he lived, so to speak. Mark Weber found out that television and radio will brainwash you if you’re not careful. Real music was everywhere, except on radio and television. You can read more about these phenomenon in Mark Weber’s essays which are posted here, and every Thursday noontime on KUNM radio we endeavor to deprogram all the effects of brainwashing.

listen to  | Hotfoot Lady & Joe Friday & Move to the Groove