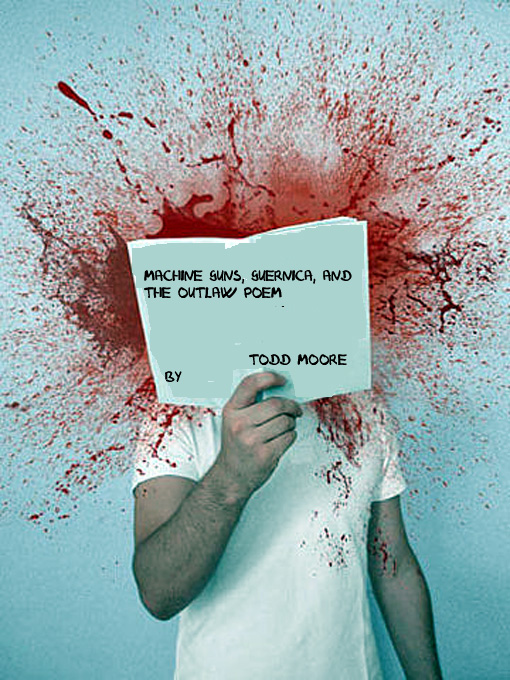 want the words of a poem going off in a machine gun second ecstatically and with the black energy of HOWL, with the frenzy of the last burst of machine gun fire in BRING ME THE HEAD OF ALFREDO GARCIA. I want a poem to be as pared down and murderous as a Browning model 1917 or Ahab’s harpoon or Chigurh’s stun gun. I want the forehead lifted off with everything still going, the words and images fucked and wonderful, a raw stew swimming. I want to get into General John Thompson’s machine gun dreams and see if there is a poem in there, in the darkest parts of his anarchy and his love. I want a poem that can pack both recoil and meditation into one long shaking groin shattering burst. I want a poem that can channel both death and the duende into one quick machine gun flash. I want death to be in there because without the threat of death, without the fear and threat of instant death, what good is a poem anyway. What good is a line of poetry, one word of poetry without the blowing up wildness of machine gun chatter. And, I want to imagine a miniature Guernica where particles of blown off heads are part of the ignition. Are the swirling stew of the ignition. I want to imagine an idea going off in a head like a machine gun slug, I want to imagine the kind of poem that blows the motherfucking shit out of all the tame poetry, the blah blah fat line and doddering stanza of whatever passes for poetry but isn’t because it lacks nerve and blood and muscle and dream.

want a poem that kicks up as much dirt as a Gatling gun slug fired at a target set into a hill. I want a poem that somehow takes the top of Ishmael’s head off but doesn’t kill him; instead it sets all of his blood and brains on fire and for the first time he is able to have a real conversation with Ahab, the kind of talk that is lit with incendiaries and gasoline and nitro.

want a poem that opens with everything ablaze and an old man is telling a story to a corpse whose ears are blown off. I want a poem that I can pull out of a bonfire before it explodes. Or, maybe while it explodes. I want a poem that takes me directly into the great american darkness that rides me straight into the trajectory of slugs fired at Matewan or Columbus or Brownsville. The american duende is nothing less than a casualty list with bullet holes decorating it. I want to touch the electric wire of murder no poet I know of has ever done that.

want to go chilled and shaking into the machine gun fever of a poem and come out born into a speaking in tongues frenzy. I want to touch Gatsby the second he is hit by a bullet I want to listen along with Tom Joad to cops shooting at people out in the street I want to stumble with Jimmy Cagney riddled with bullet holes along a rainswept gutter I want to fall into that death alley with Dillinger and I want to feel the way those bullets have scorched and frenched all of his dreams.

want a poem to rip me apart like a Thompson. I want to feel those words go in and in and in like slugs Al Pacino or Mad Dog Coll might squeeze off. I want to be hit with those machine gun words the way that William S. Burroughs must have been hit by the same kinds of words when he wrote THE LAST DAYS OF DUTCH SCHULTZ about old Dutch getting all shot up while taking a long and loving piss in a men’s room. I want to feel Burroughs getting eaten up with the words that were coming at him and I want to feel the way Dutch felt when he was being shot while standing at that urinal, the slugs howling through him like furious insects, airborne piranhas. I want to feel that because if I don’t feel that then I will never know the howl and grainy feel of american poetry.

want a poem to knock me into little machine gun shot up pieces and then put me back together again, all wounded and stuttering. I want a poem to blow me shaking and shivering up against a wall the way Bugs Moran’s gang was torn all to hell by shotguns and machine guns that St. Valentine’s day morning in a gritty Chicago garage with the smell of oil cans and gasoline fumes and shaving cream and armpit stink in the midst of blood splashing into the air and bits and pieces of bone coming off the dead who were careening against each other while they crowded into the death air of oblivion. 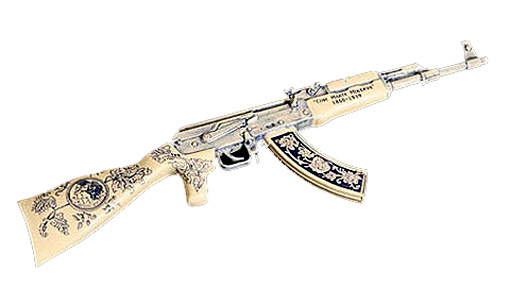