THINGS I DIDN’T KNOW I LOVED

is both a poem and the title of a book of poetry by one of my all time heroes, the Turkish poet Nazim Hikmet. Published by Persea Books back in 1975, this book is what got me into Hikmet’s work. But, more than that the title poem is one of those books I wish I’d written along with SONG OF MYSELF, HOWL, POST OFFICE, BLOOD MERIDIAN, MOBY DICK, HAMLET, and the list goes on. Anyway, every time I read this poem it just knocks me out. It floors me with the immense blood and breath and authenticity. I know this is a translation and not the original Turkish that Hikmet wrote in but I love it anyway. The thing is some poems open you up like a fifty caliber machine gun slug. Just one. Then the rest of the burst just blows you apart.

The first time I read HOWL it was like that. I was sitting in the Clifton Café trying to write something. Some days I get jumpy if I don’t write something. It was the summer of 1958. I had taken a year off from the university. I had had it up to my ears with classes and lectures and footnotes and bullshit. I wasn’t quite twenty one years old and I knew I was going to become a great novelist but I was really a poet the whole time and somebody I forget who had given me a copy of HOWL. It was the 1956 edition and it was filled with marginal notes like fucken a, holy shit, and I know these people.

Before I got into HOWL I forced myself to write something. Twenty lines maybe in the style of Rimbaud out of Edith Starkie. When I finished, I opened HOWL. The first line hooked me. Then the next line sunk the hook deeper, third line even deeper yet. And, I was going and I didn’t stop until the end and even then I could feel the force of that voice still hitting me. Some poems are like fevers that you never get over. HOWLis one. Before I left the café I tore up the poem that I wrote and dropped the scraps into my coffee cup and the waitress said, what a goddam mess you left me with. Poets have a bad habit of leaving messes, but I knew the poem was just no good to begin with. You simply know that about some poems going in and you have to tear them to shreds, destroy them because they are lies to the voice and lies the dream. But not HOWL . HOWL is a poem you have to reckon with. Straight or gay, it is one of the doors you have to open to get to someplace else.

I think I remember once telling the only writing teacher I ever had that I wanted to write a book of poems about James Dean. The guy nearly lost it. He was lighting a cigaret and he dropped it and the match on the floor. Then he gave me a look and said, you can’t do that. My god, man, you’d make a fool out of yourself. You’d be much better off getting a PhD in English. Then you could write all the poetry you’d ever want. That’s what I’m going to do. He got the doctorate. He taught. I don’t know if he ever wrote anything. At least I never heard. He’s been dead a long time now. 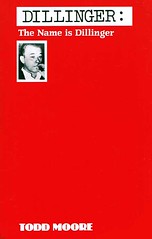 Back in the early seventies I was looking for a way into DILLINGER. I’d write fifty short poems and then hate them. I’d try writing something longer and then quit. It went like that for a couple of years. And, then by accident or maybe a fuck up I decided to publish a short chapbook with a guy from Chicago. He was supposed to show up on a Saturday, but he never made it. Never even called. A couple of months later I heard from a friend of his that he had gone to India to discover himself. I’m not even sure that he made it as far as Des Moines, Iowa.

I know I made it to the couch that night with a bottle of beer. The late movie on the local channel was THE PETRIFIED FOREST. That was one movie I’d never seen, but I’d heard that this was Bogart’s breakout film so I sat back and relaxed. The minute Bogart made his entrance as Duke Mantee, it hit me. This was Dillinger. There was no doubt about it as far as I was concerned. Bogart could have been Dillinger’s twin brother, though I think Bogart was really four years older. Still, he had the same rough and ready, kicked bark look that Dillinger had. And, the way that Bogart moved. Let’s put it this way. Bogart’s strut and those moves he did with his arms and the way he hitched up his trousers had to be very similar to some mannerisms. Not many days after that I started to get the opening lines to The Name Is Dillinger of Dillinger’s. My friend’s fuck up was just what I needed. It knocked me toward something larger than I could have imagined.

And, maybe that’s what Hikmet’s THINGS I DIDN’T KNOW I LOVED is all about. Hikmet didn’t know he loved the soil and trees and rivers and roads and the sea and the cosmos. He is looking out the window of the Prague-Berlin train and all of this is just coming to him as a poem, like a kind of psychic auto biography and also like little movies of things he sees as he rides along. Little scraps of his life occur to him, short scenarios of women he’s been with, translating WAR AND PEACE into Turkish, nightmare visions of prison life. Even if Hikmet had not written another poem as good as this one, I’d still count him as a major poet simply because this is a poem that should be read as long as we break our eyes with impossible dreams.

Some poems do this to you and you can’t help it and if you could help it you wouldn’t be a poet in the first place. John Yamrus’ Bukowski’s Property is just such a poem. I remember reading his book ONE STEP AT A TIME and having this poem jump out at me and wrestle me to the ground. This is the part that really got me going.

A whole generation of poets have been strongly influenced by Charles Bukowski including John Yamrus, but in this poem Yamrus somehow wrenches himself free of Bukowski’s influence by admitting that influence in a stark, bald language that is totally John Yamrus. And, in this one poem Yamrus creates a style and way of talking in poetry that is unmistakably his and his alone. And, I love this poem in a way that Hikmet might have understood.

The intensity of these lines almost makes me want to sit in that 57 Chevy w/flames and listen to Little Walter send those long wailing swoops into that fire. What I love about poems like this is they just naturally have the power to set you on fire. 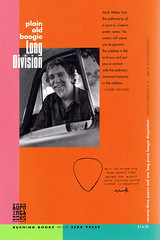 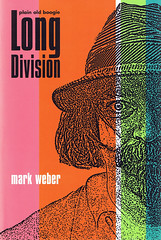 It’s just a short leap from Mark Weber to I WANT TO WEAR YOUR SKIN AND WRITE YOUR NAME IN BLOOD. This is a line from Moffeit’s novel in progress BLUES FOR BILLY THE KID. The novel is unique for its intense exploration of the myth, legend, and dream of the outlaw Billy the Kid. And, the line from the novel is maybe the sub text for everything Billy and maybe even the sub text for poetry itself. You really are not a poet if you don’t somehow shake and burn for another poet’s words. It’s probably impossible to count how many poets Lorca has influenced. I often wish I had written his essay THE PLAY AND THEORY OF THE DUENDE. Personally, I think it is his version of a hybrid essay/prose poem. It works on so many levels that it feels like a movie playing out in the skull. 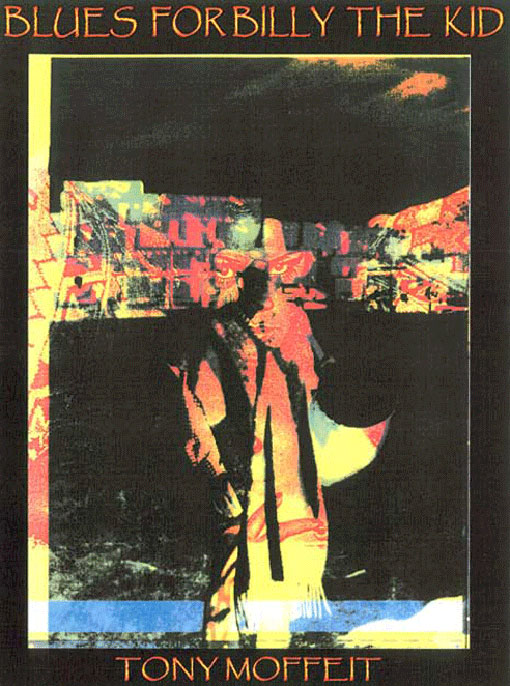 That won’t stop me from stealing with intensity from everyone else. That’s the outlaw in me. It’s all about loving the fevers and sweats of the nightmare poem.

Things I Didn’t Know I Loved

I didn’t know I loved the sky
cloudy or clear
the blue vault Andrei studied on his back at Borodino
in prison I translated both volumes of War and Peace into Turkish
I hear voices
not from the blue vault but from the yard
the guards are beating someone again
I didn’t know I loved trees
bare beeches near Moscow in Peredelkino
they come upon me in winter noble and modest
beeches are Russian the way poplars are Turkish
“the poplars of Izmir
losing their leaves. . .
they call me The Knife. . .
lover like a young tree. . .
I blow stately mansions sky-high”
in the Ilgaz woods in 1920 I tied an embroidered linen handkerchief
to a pine bough for luck 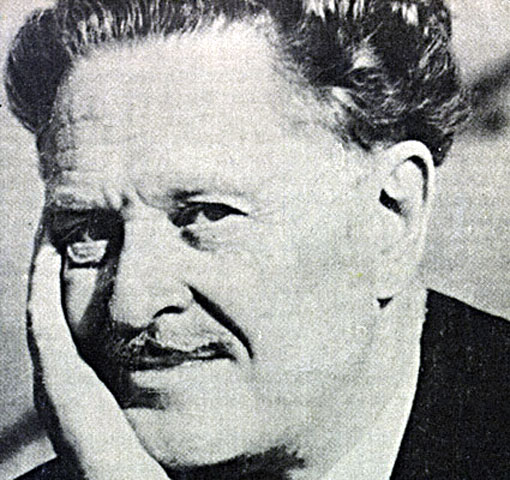