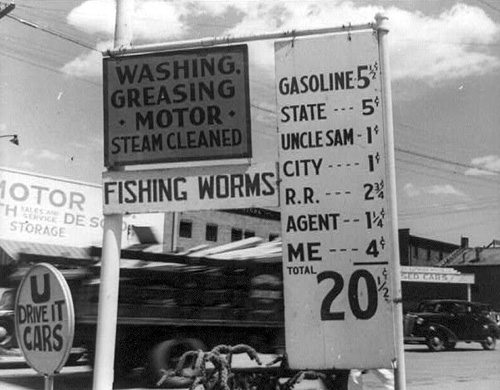 Gasoline-addicted americans
Roar down the highway again
In their SUVS
Hummers
And Super-Sized Pickup Trucks
With names like
Sierra
Ponderosa
Ridgeline
and Sequoia
All-natural names
for very unnatural vehicles
That drink a lot
Gasoholic americans lean heavily
On brittle fossil fuel crutches
Hordes of them
Buzz like angry bees
toward an asphalt-cracked horizon
Gas pedals stomped
by millions of feet
Attached to brains
that somehow never make the connection
Between oversized vehicles
Rampant fuel consumption
and the irresistable urge
of their petro-dollar government
to invade smaller, weaker oil-producing countries.
No sir
It’s just drive, Drive, DRIVE
There’s a shining star out there
on the horizon
for each of us
the constant promise of more, More, MORE
so off we go;
Reaching
Grabbing
Clutching,
Clinging
Devouring anything in our path
Like termites

Very little human about us now;
Cellphone, earplug, gadget things mostly
Just a mouth
Connected to an asshole
Nothing in between
Ram jet engines of consumption
Product is sucked in one end
Waste spews out the other,
who cares.