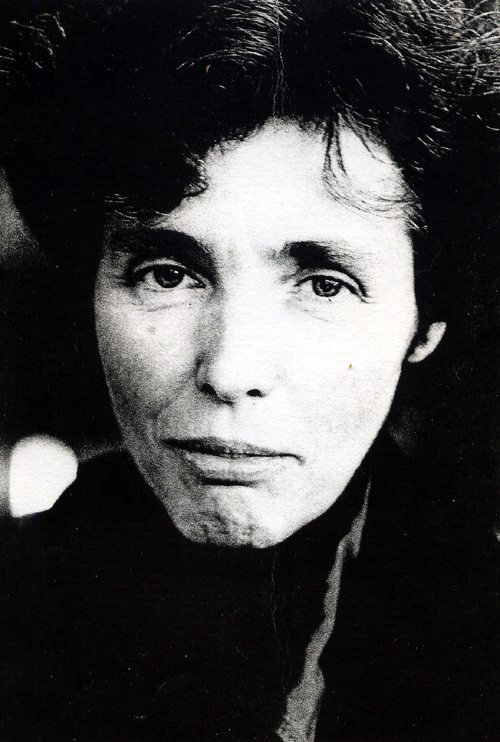 and hear the calibrate in percentiles
the level of consciousness
received from their pipes
isn’t that all anybody wants
a high level of consciousness
they nod and decently avert their eyes
my son reminds them
they are participating in their own
genocide the gates
of St. John T H E   E V A N G E L I S T
are locked
there are no showers no
dining halls no
benches no
places to empty one’s bowels in private no
jobs no
“learning leading development” no
food nada nothing nichts but
cement soaked with human p i s s
human t o r p o r
human i n e r t i a
sittin’ in the sun square by the BART
completely surrendered
to the brutal stoned-stupid boredom
of those who never give anything e v e r
b a c k————————————————
d e n i a l of each one’s
c r e a t i v i t y producing pessimism, negativity,
meanness of the heart
holocaust
each one each one sittin’ in the sun
each one each one sittin’ in the sun
the evening prayer comes in
the sword of ALLAH
penetrating the tongue
“You gotta be there when you get there
and do it!” says Christ leading his bride
Jerusalem into the vastness— “This ain’t no
trendy tryst!” LA EE LAH HA IL LA LA MO
HAMADURE RA SOOLULAH communal
equity c o s m i c
a c c o u n t a b i l i t y
we’ve had enough of partisan cliques
we need “revolutionary activity”
j o y o u s   c o n t i n u u m
catastrophe is constant
“The option of suicide is gone!”
That which created us is in us
and it is with that that we create!
————f i g h t   b a c k!
“You look wonderful —— wonderful
how do you do it?”
“I’m dying-—————I’m
just trying to take it.” “.. .bless me even me also oh
my father, mother, brother, sister, husband, wife,
friend, self, daughter, son bless even me even me also…”

COME SEE THE CRACK LINES ON JULIAN IN SAINT FRANCIS OF ASSISI’S CITY THERE’S A HOLOCAUST GOING ON.