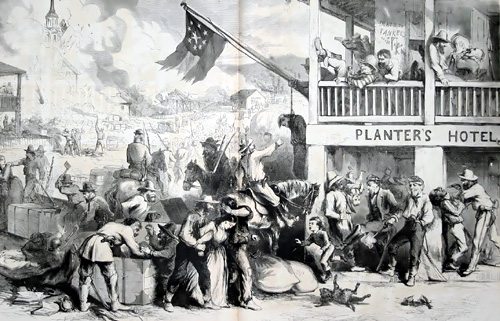 I write in the blood.

Willy Harlow used to talk about how his old man kept a beaten up piano out in the barn that had the numbers 1856 painted in white over the wide doors and when I asked him how come that piano was out there he said whenever his father got to drinking white lightning he’d go out to the barn and roll that piano out into the open where he’d play Amazing Grace, but what he did was play all the dark notes of the hymn play for where the nightmares were which did funny and magical things to the sky. What funny things, I asked. Willy always hawked a big stream of tobacco juice out in the snake grass just before he said anything important. Said, one minute the sky would be so blue it would hurt your eyes. The next minute I’d start to see dark bruises all along the horizon. And, then they’d start getting bigger and bigger and pretty soon those dark clouds would have ziz zag lighting all the way through them. And, then the air would cool and the rains would come in hard torrents that swept everything before them. The best thing of all is my old man would roll that wrecked piano back into the barn, then stand out in that downpour and slug down the white lightning and dance. Goddam, he could dance. He liked to say you gotta dance with the wind or the blood is no good. 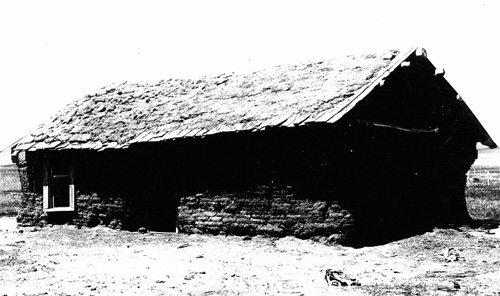 I write in the blood.

Maybe the best fistfight I ever saw happened in front of the Clifton Hotel. Two drunken section hands got into it in the grass strip out in front of the hotel and each time one of them connected with a hard right or a quick left I could hear the sound of knuckles on meat and pretty soon both of them were starting to bleed and when they got out on the sidewalk and were stagger dancing around each other some of their blood went down on the sidewalk. I don’t remember who won. Maybe they both stopped out of sheer pain and exhaustion. I know they both headed for the bar just a block away. I also know that my old man walked over and put his shoe in the blood. And, I said what did you do that for and he said I want to wear their blood because it’s good for the dreams.

I write in the blood

I write in the blood

of Walt Whitman. He has just cut himself on a straight razor. I have just cut myself on a small dirk that a friend assures me used to belong to Edgar Allan Poe. Whitman holds out his hand and we shake hands in the blood while I ask how Song Of Myself is coming along and he smiles and says that sometimes while writing it he almost feels as though he is going over Niagara in a rowboat and his bones are getting ready to shake out of his body. And, then, he asks me what it is like to be writing The Name Is Dillinger and I say that it feels like driving a fast car while a bullet is just beginning to tear through my arm. Then, right out of the blue Whitman asks if I’d be willing to trade a sentence of Dillinger for a sentence from Song and we make the trade under a huge oak tree where someone has painted the first letter of the alphabet in blood on dark tree bark and it looks red enough to taste.

I am thumbing through a red bound book of MOBY DICK published by Grosset and Dunlap in 1925 when the bookstore owner walks over and says, let me show you something I’ll bet you’ve never seen before. So, we go back to his impossibly cluttered desk where he pulls out a dark blue volume and holds it up as though it is some special flag of honor. This is the first american edition of MOBY DICK published by Harpers in 1851. Only three thousand were brought out as true firsts. Then a fire at the warehouse destroyed most of that printing. A few have survived. The bookseller walks around his desk which serves as a makeshift counter and says, take a closer look. He still holds onto the book as though it is the Holy Grail but lets me get closer. It’s beautiful isn’t it, light wear, a little light fraying. But, it’s the title page I want you to see. He opens the cover and points to the place below the title. See that dark red thumbprint. The story goes, that’s Melville’s bloody mark. He was preparing to inscribe a copy for Hawthorne and somehow had cut himself on a small pen knife that he had borrowed from Hawthorne to cut a loose piece of skin off his thumb and it was only after he had handed the knife back to Hawthorne that he discovered he had touched the title page and inadvertently smeared blood on it. Naturally, he apologized and realized that he couldn’t give a book in that condition to a friend so he substituted it with another copy. The bloody thumbprint copy he kept for himself. And, after Melville passed away his wife sold that copy of MOBY DICK along with most of his library to some bookseller, noting the blood on the title page and the story of how it happened. I have the whole account in a letter of provenance that goes with the book. I looked at the bloody thumbprint for a few long moments and said, would you mind if I touched it. The bookseller made a face, thought about it for a while, and then said, only if you don’t mind writing a short note that you touched the print. Why I ask, after a short silence. The bookseller grinned and said Dillinger. Think of the possibilities. 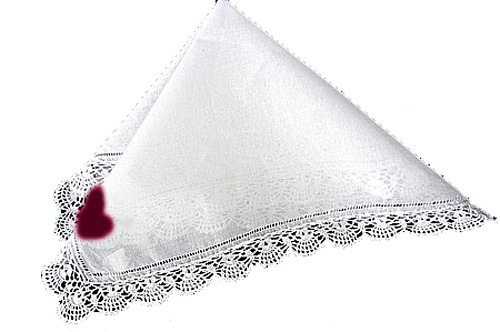 The last time I read The Name Is Dillinger in Chicago it was at a bar called The Red Dress Saloon out on Wells Street and a woman approached me after the reading and pulled me aside. She said, I have something I think you should see. She pulled an old soiled white envelope out of her purse and said, the night John Dillinger was shot down outside the Biograph Theater my mother was in the crowd coming out of the theater and when she saw his body lying face down on the sidewalk and found out who it was, she took the spare handkerchief she always carried tucked inside a sleeve and ran over and dipped it in his blood. And, I thought you might like to have a look at it. She took the handkerchief out of the envelope and held it out and I touched the dark red places. Then I looked at her and said, would you be interested in selling it to me and she replied, oh I couldn’t do anything like that. We’ve had it in the family all these years and it was part of my mother’s life. It would be almost like selling her blood.

Everything I write I write through the blood. Either I write in the blood or I am nothing.

0 Replies to “todd moore | i write in the blood”