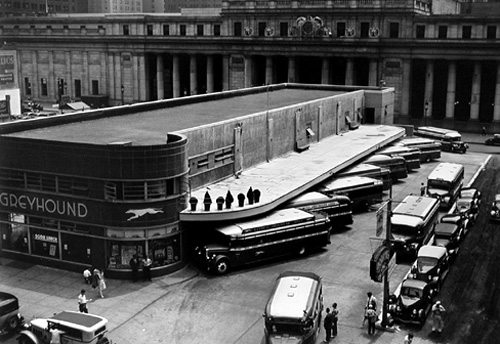 Maybe you are sitting in a bus depot waiting to catch a Greyhound to L.A. or Denver or El Paso or Seattle and you need something to read and you know you don’t want to do another four hundred pages of Michael Crichton and Tony Hillerman is dead and you are already missing the latest adventures of Jim Chee and you have read all the tea cozy mysteries you can take for awhile but you need something different something that will take you out of yourself, something you can read while crossing that huge american emptiness known as the Great Divide, something that will take you away from the stink of the city, the neighborhood grit of Rockford, Cheyenne, Dodge City, San Antone. Something with a little dream in it, something with a little song in it, something with a little land in it, something with some horses in it. You look down at the book that has been tossed under your chair and discover it is called POEMS by Kell Robertson. You open it and notice it really is poems and the last thing you actually want to read on this trip is poetry then you find yourself reading that first poem which is untitled.

This is the ideal way to be introduced to the poetry of Kell Robertson. It’s best done accidentally, on the sly, almost subversively; what is important about Robertson’s work is it’s accessible. It speaks directly to you and it doesn’t sound like something you’d be assigned to read in a high school literature class or a university intro to lit one oh one. Kell Robertson’s poetry is just there the way that a river is there, the way a mountain is there.

A Fine Place To Be

Popping open a hot beer at dawn
out on the desert, coughing up
and spitting remnants of
tobacco stained dreams,
very real granite gravel
grinding into my knees as I
fry stolen bacon in an iron skillet
over a fire made of dry
popping driftwood, my friend’s
gentle mare chomping, snorting
down the dry wash where
I tethered her. If I climb
that ridge there I can see
the cars whipping along
the highway from Albuquerque
to Santa Fe, hear the huge trucks
gearing down the hill.
But this morning
I don’t have to hear that
don’t want to eat
hamburgers at Burger King
or have lots of strong shots
of tequila in your
imitation leather cocktail lounges
or discuss literature with
the university poets
or listen
my love
to your lyin tongue

I want to saddle that horse there
and ride right up
through the Sangre de Cristos
into the open madness
where the outlaw fires
still burn.

What I love best about this poem is that it reads like a movie. Or maybe the notes for a Max Evans novel. It’s definitely not Eastern. And, it’s definitely not Post Modern. Or even Modernist. Kell Robertson’s work doesn’t fit into any literary category easily. Personally, I choose to call his work Outlaw, not just because this word is contained in the poem I just quoted. Robertson’s poetry is Outlaw because it resists all attempts to place it in any safe literary niche. And, in some primal way, Outlaw Poetry does resist easy definitions. Outlaw Poetry is Outlaw because it stands at the margin, and by reason of its authenticity, drags the center of american poetry back to it.

Kell Robertson’s work really isn’t Cowboy Poetry though it might have some horses and some cowboys in it. The one thing that can be said about his poetry is that it isn’t what you would find in a Norton Anthology and it wouldn’t be taught in an MFA class. It’s not polite, it’s not refined, it’s not sophisticated, it’s not politically correct. But, it has the raw, primal power that poetry should have if it is going to be read again and again over time.

POEMS, published by Dave Roskos’ Iniquity Press/Vendetta Books, is a compilation of three of Robertson’s early chapbooks – Toward Communication, Between Standing Up And Sitting Down, and Outlaw Fires. Roskos is one of the really fine small press editors, the kind of editor necessary to keep the small press vital and viscerally real. 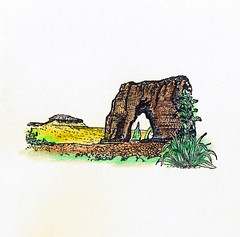 This chapbook consists of 3 out of print chapbooks by Kell Robertson. His first 2 books from the 1960s, which were published by Ben Hiatt on his Grande Ronde Press, & Outlaw Fires, which was published by Tom Kryss, on his black rabbit press, in Cleveland in 1989. There are 20 copies of this chapbook with black covers w/ art attached; 11 copies w/ white covers w/ art attached; & 96 copies with tan covers. January 2009. all rites belong to Kell Robertson. ISBN-1-877968-43-9 Silk sreened front cover art by Tom Kryss.

In memory of Ben Hiatt.

I did write you some stuff about Ben Hiatt didn’t? He was the first guy who really believed in my poetry. Got me started on my magazine…DESPERADO. Anyway man, give him credit for that. Maybe I should dedicate it to all the folks who gave me a shot with my writing. There have been damn few over the years. All the “fugitive” publications. And I’m honored to have Kryss doing the cover. Ride Easy. Kell Robertson, November 20, 2008

More on Kell Robertson can be found by clicking here…

0 Replies to “todd moore | into the open madness: the poetry of kell robertson”