Think of those flash moments since 1989 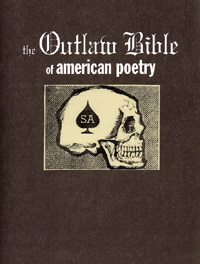 which have defined poetry in America. The deaths of Bukowski, Ginsberg, and Micheline. The birth and the cultural impact of the internet. The publication of that audacious anthology THE OUTLAW BIBLE OF AMERICAN POETRY. Nine eleven. The founding of the Outlaw Generation. The appearance of St. Vitus Poetry Review the first zine totally dedicated to publishing Outlaw Poetry. The emergence of Monsieur K’s  Metropolis and Outlaw Poetry and Free Jazz Network websites open to the work of Outlaw Poets everywhere. The recent election of Barack Obama. And, maybe not on quite the same scale, but still important as a cultural high point is that moment which occurred when Raindog Armstrong started a modest black and white monthly zine called the Lummox Journal. Published from October 1995 to 2006, this literary mag was anything but modest as far as writerly ambitions were concerned. The way I gauge a magazine is how much I look forward to reading it and Lummox was the one zine that I really looked forward to receiving in the mail. As an editor, Raindog Armstrong has one of the most discerning eyes in the biz. He always seemed to know which essay, which interview, and what poems would work and he never let you down. The best poets in the small press, at one time or another, appeared in Lummox. The various tables of contents were an honor roll of the really important poets working the line in America.

And, it somehow just made sense that Raindog would branch out into chapbook publishing. However, these weren’t the kinds of slash and burn publications I was used to or had previously experimented with myself. These Little Red Books became distinctive in both size and color. You could grab one of these blood red babies off the dining room table, shove it into your shirt pocket and you had something to read over a Latte or a brew. And, this wasn’t simply casual reading. This was and remains the meat and potatoes of contemporary poetry. This was the real deal, equivalent in my mind to those first stark black and white chapbooks that City Lights icon Lawrence Ferlinghetti brought out in the late fifties early sixties. You don’t even have to open HOWL to know it’s a City Lights publication and you don’t have to crack the cover on a Little Red Book, you just simply know it came from Lummox. My prediction is that these LRB’s will shortly become very collectible on the rare book market if that isn’t already the case. And, this isn’t just due to the fact that they are pleasing to the eye. It’s also because the fifty nine chapbooks that were published between 1998 and 2008 are representative of what became a crucial time period in American poetry and in the culture as well.

I use the word crucial because this truly is a time of change, not just in politics but in the culture as well. And, it’s exciting to witness this change in Lummox itself. Or, instead of change maybe I should say subtle explosion, because Lummox, like the Phoenix has been reborn, reconfigured, reconjured into something striking, even splendid. And, if you don’t believe me, take a look at John Yamrus’ NEW AND SELECTED POEMS, or my latest book length section of DILLINGER entitled THE RIDDLE OF THE WOODEN GUN, or the most recent Lummox publication THE LONG WAY HOME. This anthology is a compendium of the best poetry published in those Little Red Books from 1998 to 2008 and, if you just simply happened upon THE LONG WAY HOME on a bookstore shelf and if you are like me, you’d be unable to resist reaching for this volume. It’s one of the most attractive anthologies of poetry I’ve seen in awhile. The cover is set off in a stark black at top and bottom with a fire engine red swath across the middle. This is the kind of anthology which appeals to the primal instincts beginning with cover design and following through with the contents. And, if you think this is an exaggeration, try this poem by Scott Holstad.

there are things inside you
and me

lets kill each other

Some poems contain within them the ability to inflict serious damage on the reader. This is one of the major reasons I believe that ultimately the best poetry of the age can take on any novel, anywhere, any time, and hold its own because this kind of poetry inflicts the deepest of psychic wounds.

Every Poem I Write

Every poem I write
Is a suicide

Dazzling, ferocious
Now only a
Flame in your hand.”

THE LONG WAY HOME is one of those anthologies I can’t help but quote from because all the poems contained in this book are strong. You just know that they are going to be when you have poets like Scott Wannberg, Glenn Cooper, Linda Lerner, William Taylor Jr., nila northsun, Anita Wynn, and Gerald Locklin represented. The truth is, I couldn’t find one poem I didn’t like. For me the critical test when I read an anthology is, did I find any lines that I couldn’t help but repeat, any lines that played themselves over and over in my head, any lines that I quite frankly was tempted to steal.

I wanted to steal all of Normal’s BLOOD ON THE FLOOR. From the first line to the last this is one of those poems that got me, that hooked me into it and kept me reading. A. D. Winans’ Feeling Like Hank Did At Age 61 is an out and out classic. It’s classic Winans and a great memory of Charles Bukowski. And, I love Lawrence Welsh’s The Queen Of Odessa. We’ve all been there whether it’s Odessa, Texas or Rockford, Illinois and we’ve seen those wrecked queens of poverty standing on the side of the road with their grease penned signs reading, anywhere but here. 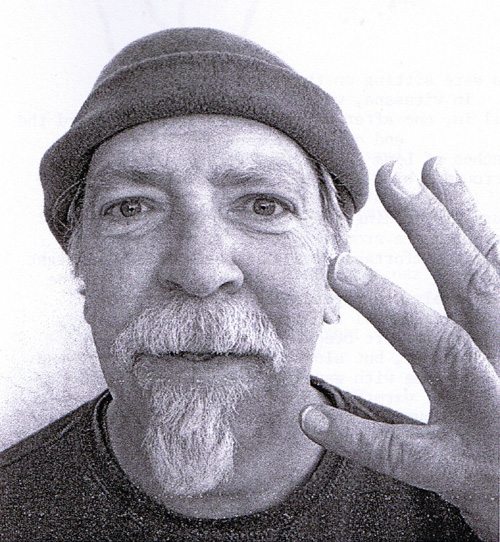 This poem has been calling to me ever since the moment I read it about ten years ago. It’s one of Mark Weber’s quiet poems, a subtle conjuring. And, when Weber finally reaches the realization that “it is not so important/to write poetry all the time,” he actually has reached the heart and soul of the poem. 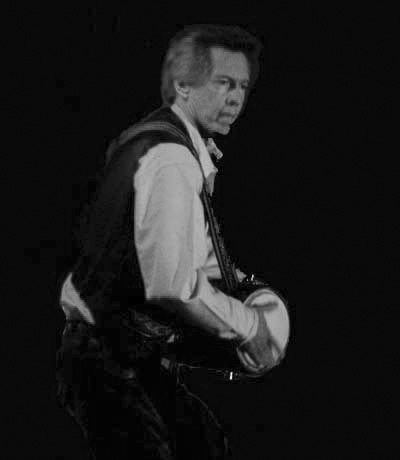 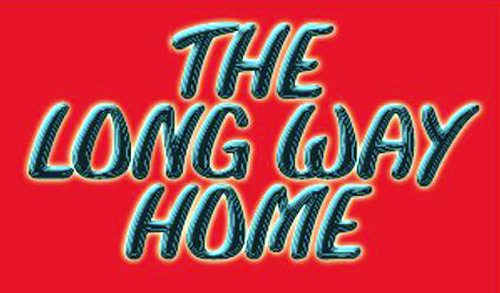 Some books become legends almost before they are published. This is how THE LONG WAY HOME feels to me. In a very real sense this book is the blood on the floor and it’s how I felt while I was reading it. I was both viscerally and intellectually excited and if this anthology is anything, it’s a total conjuring of some of the best small press poetry, if not the best, that has appeared in the last ten years. This is one of those books I already find myself going back to, the poems are that good. I have a feeling it will become one of those landmark anthologies, one I’ll keep next to the desk where I write just to remind me where the big fires are burning.

It will be my Robert Johnson, my Tu Fu, my Blood On The Floor. Todd Moore